6 senseless things we do to our vaginas

We wax. We vajazzle. We steam, bleach and "rejuvenate." The reasons why are more troubling still 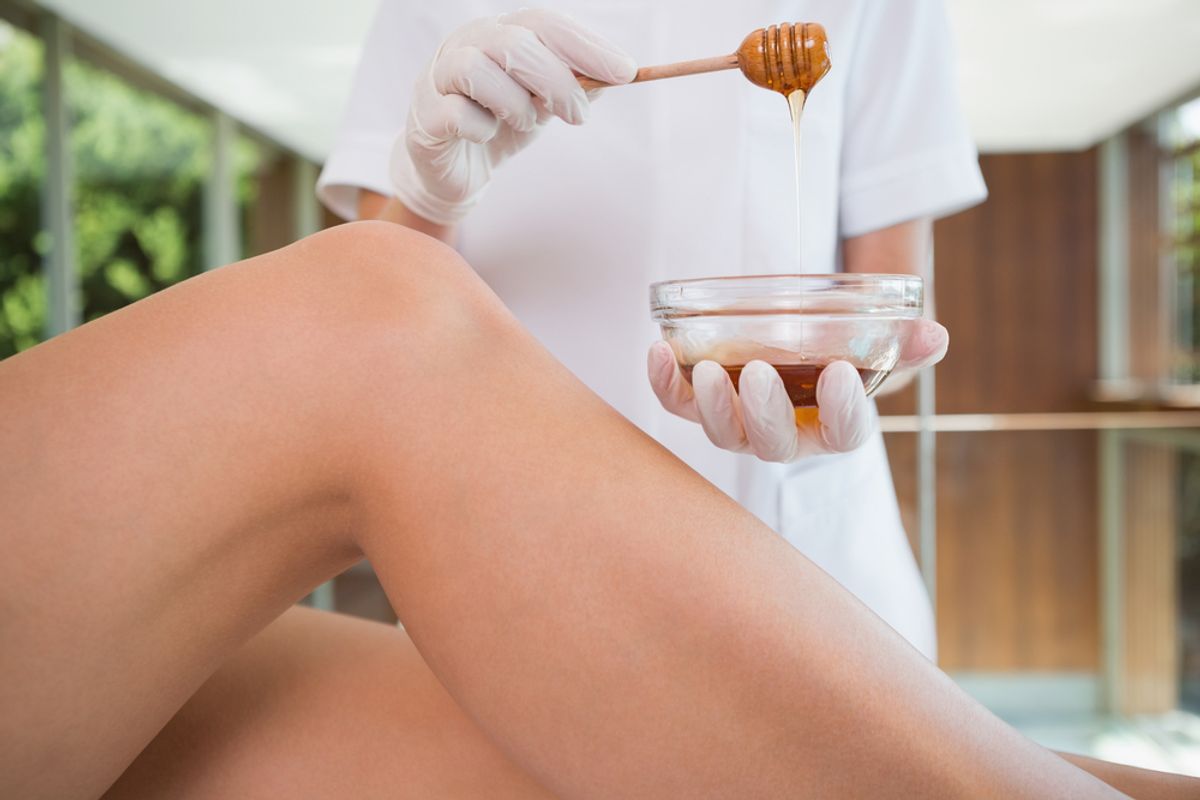 So many women mess with perfection. I'm talking about the vagina and the vulva. It's an incredible canal that allows for mind-blowing pleasure. It lubricates and cleans itself, enlarges during intercourse, and can even push out tiny humans.

But lately, women seem to be devoting more time and money “fixing” their nether regions than marveling at its manifold wonders.

In a 2014 study conducted in the U.K., half of the female participants age 26 to 35 couldn’t locate their vagina in a medical drawing. Most weren’t even comfortable saying “vagina” or “vulva,” preferring slang like “lady parts.” Less than a quarter felt they were informed about vaginal health conditions. Meanwhile in the U.S., where there is less sex education, women altering their vaginas is at an all-time high.

More from DAME: "Should We Cut Patricia Arquette Some Slack?"

“One of the biggest shifts that we are noticing is the unaltered body is becoming more the anomaly,” said Judi Cinéas, LCSW, Ph.D., a psychotherapist in Palm Beach, Florida. “Society is not only adopting the idea that a woman's body is not completed in its original state; the line for what is acceptable, or expected enhancement continues to be moved further.”

And there is no shortage of options for the enhancement-seeker. What does seem to be lacking is knowledge of the potential risks involved—and whether any of these procedures actually provide the desired perks.

Although the American College of Obstetricians and Gynecologists advises against it, up to 40 percent of American women age 15 to 44 douche routinely. The vaginal rinse gained commercial popularity in the U.S. in the 1950s, when companies such as Lysol gave the impression that vaginas are dirty and smelly; in order to be a good wife, she must keep it as squeaky clean as her kitchen.

“Douching of any kind is never a great idea” said Dr. Pari Ghodsi, an obstetrician-gynecologist in Plano, Texas. “The vagina is a self-cleaner, and the self-cleaning relies on the environment of the vagina staying in it's perfect pH balance.”

This derives from a normal balance of good and bad bacteria, she added. Wiping out the good makes way for yeast overgrowth and infection.

Douching is also associated with vaginal irritation, bacterial vaginosis, sexually transmitted infections, and pelvic inflammatory disease. Women who douche to remedy burning, itching or swelling only fuel that fire. As for changing the scent of your genitals, you may be ridding your body of pheromones that increase sexual desire.

Vaginal steaming, the douching trend made more popular by staunch advocate Gwyneth Paltrow, involves sitting or squatting over a bowl of hot water infused with “detoxifying” herbs. There are no known benefits, though the process could turn you on. Heat increases blood flow to the vagina and clitoris—but there are many ways to accomplish this free-of-charge at home. While steaming seems more like a waste of money than a health hazard, some doctors warn that the treatment could contribute to vaginal infections and irritation. And, if you get too close to the steam, you could suffer burns.

Eliminating the vagina’s “stink” (read natural scent) isn’t enough, apparently. To obtain or restore that youthful, fair-skinned Caucasian look, companies such as My New Pink Button offer temporary dyes. Applied to the skin surrounding the vagina like eyeshadow, the dye “restores the ‘pink’” in women’s genitals. While My New Pink Button doesn’t list the ingredients or potential risks of the products on their site, an Amazon reviewer reported gaining a lot more than pinkness. “With the first application, I experienced the cautionary burning sensation,” she wrote, “which then advanced to rash, hives and bleeding when I couldn't stop itching.”

More from DAME: "Is Rudy Giuliani for Real?"

Bleaching involves topical application of creams and gels designed to lighten genital skin. Not only do these products seem racist, but research has linked the chemicals contained with rashes, scarring, infections and even nervous-system damage.

Changing the style, color or amount of hair anywhere on your body has long been a matter of personal preference. One has to wonder, however, if the marked increase in doing away with all pubic hair among women has to do with the fact that the beloved bush is virtually MIA from mainstream porn—which has essentially become the sex education for the masses.

There are no known health benefits of shaving or waxing away pubic hair, but both practices carry risks.

“Whether waxing or shaving, one is creating micro-tears in the skin,” said Dr. David A. Rivera, a physician in Lombard, Illinois. “I see teenagers all the time with folliculitis—inflammation of the hair follicles."

Research published in the American Journal of Obstetrics & Gynecology in February 2014 showed that most women groom away some or all of their pubic hair, and over half of those who do experience complications, such as injury or infection, at some point. Then there’s the obvious complication of waxing: excruciating pain.

“Did you see The Forty-Year Old Virgin?” asked Rivera. “Steve Carell's response to getting his chest waxed wasn't acting. He didn't realize how much it would hurt. Why any woman would want to do that still puzzles me.”

Perhaps it should puzzle more women, too.

Many women eager to bid pubic hair good-bye forever, sans the pain of waxing, turn to electrolysis. Its popularity is increasing so rapidly, the FDA “cannot maintain an up-to-date list of all laser manufacturers whose devices have been cleared for hair removal, as this list continues to change.”

More from DAME: "Doing It Like It's Your Job"

The treatments aren’t necessarily permanent and may cause pain, swelling, and blistering. In 2009, the FDA warned the public of potentially serious or life-threatening side effects from the misuse of numbing agents used before the procedure. Manufacturers’ common claim that there are no known long-term side effects of laser treatment is a misnomer, according to the National Women’s Health Network, because there are also no long-term studies.

Once you’ve extricated public hair, why not make your pubes even more bedazzling? Or should we say vajazzling. Jennifer Love Hewitt sung vajazzling’s praises on The George Lopez Show in January, saying it made her “precious lady shine like a disco ball,” and suggesting that all women “vajazzle their va-jay-jays.”

The trendy practice involves the application of adhesive crystals in a large pattern or detailed design on your freshly waxed skin. The fairly pricey design, typically costing more than $100, lasts about five days.

“If you’re putting glue on skin that’s raw from being waxed, you’re really creating a nice environment for bacteria to grow,” Dr. Suzanne Merrill-Nach, a San Diego-based gynecologist, told TIME. This heightens the existing risk for infections linked with waxing and shaving.

Vaginas vary greatly in size, shape, and appearance, which beckons the question, what are women hoping to replicate or accomplish through cosmetic surgery?

While some vaginal surgeries fix functional problems, such as urinary incontinence, elective and cosmetic procedures remain highly controversial among medical experts, largely due to their potential risks and lack of data on safety and effectiveness.

Vaginoplasty aims to tighten the vagina after it has lost some slack due to childbirth or aging. Plastic-surgeon proponents claim that the procedure improves sensitivity—a claim the ACOG and many physicians have strongly challenged.

Also called vaginal rejuvenation, elective vaginoplasty popularity increased by 64 percent in 2011 alone, according to the American Society for Aesthetic Plastic Surgery—and whether it rejuvenates at all is questionable.

"To do [vaginoplasty] for cosmetic reasons, and to say it will improve sexual fulfillment is totally absurd," says Thomas Stovall, a clinical professor at the University of Tennessee at Memphis and former president of the Society of Gynecologic Surgeons.

Risks associated with vaginoplasty include infections, chronic pain, scarring and permanent reduction of sensation. In other words, the very procedure marketed and sold to many women hoping for more vaginal sensitivity could cause the opposite effect.

Perhaps most bothersome is the fact that so many women feel pressured to enhance or fix what isn’t flawed or broken in the first place, when they could be investing funds, time and energy elsewhere. But what if a woman feels sexier or more confident as a result? Can these pursuits indicate empowerment?

“Things that make women feel good about themselves and their bodies are generally good,” said Cinéas. “It's great for women to be able to take control of their bodies and appearances.”

Problems arise, she explained, when women change their bodies because external sources suggest that they are insufficient without them.

“There is a big difference between someone covering a scar and feeling empowered,” she said, “and a woman having liposuction because the images she sees on TV says that she is not desirable above a certain size.”

If more of the readily available information about vaginas and female sexuality overall was geared toward clarity and health rather than shame or profit, simply loving our “lady parts” might be as far as we would go.