Can you spot the Monica Lewinsky reference hidden in Bill Clinton's official portrait? 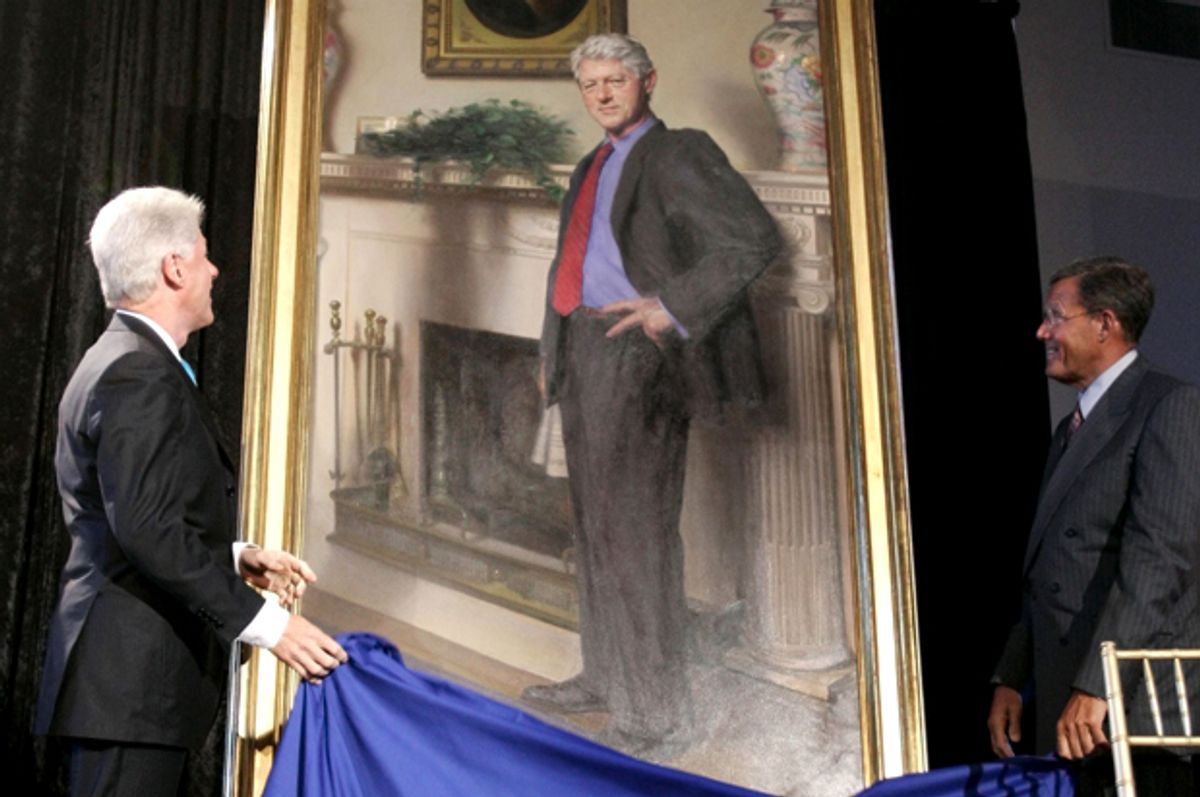 Bill Clinton looks up at his portrait after Lawrence M. Small, secretary of the Smithsonian Institution, helped him remove the drape, April 24, 2006. (AP/Haraz N. Ghanbari)
--

The Lewinsky scandal cast a proverbial shadow over Bill Clinton's entire presidency -- so, it makes some sense that, as we learn today, a literal shadow of Monica Lewinsky was secretly etched into Clinton's official portrait as well.

Nelson Shanks, the painter behind the Bill Clinton portrait, did not unveil this bit of information at the time he handed it off nine years ago to be prominently displayed in the National Portrait Gallery. However, he did drop a few red flags along the way.

Shanks spoke to the Philadelphia Daily News Sunday and offered up some surprisingly frank details: The painter had an extremely difficult time painting Clinton because he thought he was a liar and finally resolved to reflect that truth in his painting.

Unsurprisingly, Shanks also claims the Clintons hate the painting and want it removed from the gallery. National Portrait Gallery denied these claims when PDN reached out them.

Here's the full excerpt from PDN below:

Clinton was hard. I'll tell you why. The reality is he's probably the most famous liar of all time. He and his administration did some very good things, of course, but I could never get this Monica thing completely out of my mind and it is subtly incorporated in the painting.

If you look at the left-hand side of it there's a mantle in the Oval Office and I put a shadow coming into the painting and it does two things. It actually literally represents a shadow from a blue dress that I had on a mannequin, that I had there while I was painting it, but not when he was there. It is also a bit of a metaphor in that it represents a shadow on the office he held, or on him.