David Cronenberg: "Hollywood hasn’t fed me very much. Biting their hand would be gratuitous" 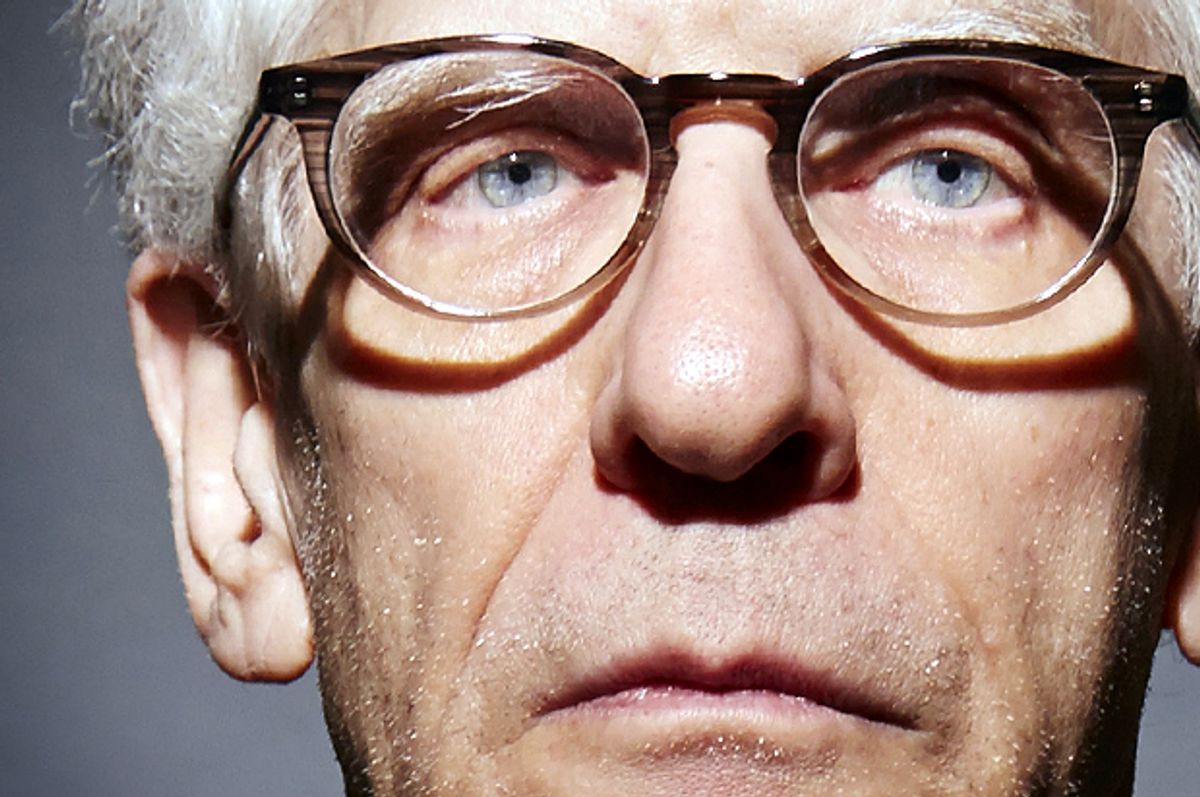 David Cronenberg has made some unsettling films in his extraordinary career, “Dead Ringers,” “The Fly” and “Crash” among them. His latest film, “Maps to the Stars,” is a change of pace for the Canadian filmmaker — it is the first film he's shot in Los Angeles — but it is no less uncomfortable or unflinching. Set in the world of show business, and written by Bruce Wagner (“I’m Losing You”), the film depicts the personal and professional struggles of a handful of interconnected characters seeking fame and/or family.

Fresh off her best actress Academy Award win, Julianne Moore is a standout as an aging actress who hires a mysterious personal assistant (Mia Wasikowska). Other characters include a limo driver (Rob Pattinson), a post-rehab teen actor (Evan Bird) and a Scientologist-like doctor (John Cusack). Many of these characters are haunted by ghosts, and fearful of their futures. Cronenberg’s film captures their messy lives and bad behavior with considerable aplomb.

The filmmaker spoke to Salon about making “Maps to the Stars,” working with his actors, several of whom are playing actors, and examining the human condition.

“Maps to the Stars” is an arch, cynical film, and both honest and contemptuous about Hollywood. Do you feel this a cautionary tale, or are you biting the hand that feeds you?

Neither. Hollywood hasn’t fed me very much. Biting their hand would be gratuitous. I’ve always been an independent filmmaker. But on the other hand, I was thinking about Bruce Wagner, who wrote it. In “Le Monde,” there was a headline: “I Don’t Hate Hollywood.” They quoted that because when they saw the film at Cannes, [they thought] I must have had this long-simmering resentment or bitterness. I said “Absolutely not!” I have great affection for Hollywood’s past and future. I never would have thought about this film were it not for Bruce’s script. As a director, I was playing the role of Bruce Wagner and thinking the way he was thinking. Though it’s acerbic and nasty, there’s also a deep emotionality about it, and a sadness. So we’ve resisted calling it satire — which is specific. Jon Stewart and Jonathan Swift do satire. This was too realistic, more of a docudrama. For me, it is an intense way of examining the human condition. It’s not unique to Hollywood. It is about ambition and cruelty and intense relationships that get into strange areas. I don’t think of it as reflexive.

You employ your trademark detached style to the film. How did you connect with this material?

My technique is the same as on all my other movies. My approach comes from my nervous system, good or bad. I try to be kind of neutral. I said to the actors, don’t exaggerate the satirical or grotesque elements. Play it straight, with emotional reality. The other elements will take care of themselves. Some call my neutral stance “cold.” I call it unsentimental. The characters expose themselves and who they are to the audience.

Many of the characters are haunted by their past (save maybe Robert Pattinson’s limo driver). Can you discuss the ghost/fantasy elements in the film?

I don’t think of it as a fantasy at all. Bruce heard every line spoken in this film by someone he knew. The ghosts are memories. Not like in “The Sixth Sense.” You can be haunted by people you know who have died, and I have experienced that myself. But when they speak to me, they are in my life as a memory, not outside human life. I played those scenes more as memory/hallucination to address guilt and regret than actual traditional ghosts.

How did you identify with these characters and make them sympathetic even when they were on their worst behavior?

It’s interesting. I am working with actors who are not concerned about being sympathetic. The crises and conundrums the characters are in are familiar because of the presence these people have publicly on red carpets. They too have these family struggles, career ambitions that are dashed or thwarted, or identity problems — having enough esteem to think they are worthwhile. In Hollywood, it’s visible — you are on screen or the red carpet. There is a universality about the human condition, so you cast actors not afraid to be nasty or expose their weakness. It goes from funny-nasty to gradually being emotional — you feel their desperation — and finally it becomes very sad.

How did you work with the actors on their performances? Did you give them any particular guidance about the characters, or base them on any experiences you had making films?

The less directing I do, the better off I am. When I have wonderful actors excited to play their roles, I let them show me their instincts on how to deliver the scenes. I don’t rehearse. I like to be surprised by their interactions. The first time I hear them speak the lines is during shooting. If they are off, I give them guidance. Each actor has their own methodology, and I wouldn’t impose. I’m not a Svengali who has to hypnotize Julianne Moore into giving a performance. When she’s playing the character, she believes it. They don’t need a lot of coaching. Ralph Fiennes told me he had the least direction from me in “Spider” than he ever had on a set. That was a huge compliment. Usually it’s the director’s ego, not his professionalism, on display. He has to show he can earn his money and make sure his presence is felt — move the camera around a lot when it would have been better to leave the camera still. With Ralph in “Spider,” we decided on his clothes, hair, make-up and walk. That was all the directing we did. By the time we were on set, he was Spider. Casting is a huge part, and an invisible part of the directing process. You can kill a film by miscasting it. That’s my technique. Woody Allen does the same thing.

There’s a pretty explicit sex scene, and a memorable moment with Julianne Moore on the toilet. Can you talk about your penchant for presenting things unfiltered, such as the sauna scene in “Eastern Promises”?

It’s a matter of realism. The sauna scene in “Eastern Promises” was Viggo saying, “I have to do this naked. It would be ridiculous to be in a towel.” I agreed. It’s a question of you and your actors understanding the level of realism and naturalism and not being artificial, false, or coy. If I had to shoot his fight without angles of his [naked] body, it would have been coy and obvious. Not to sound pretentious — okay, a little pretentious — I have a desire for cinematic truth. The toilet scene in “Maps to the Stars” — I won’t deny some actresses were intimidated by that. But it wasn’t a discussion for Julianne; for her it was no problem. She shared my understanding that the project is to present things as if the audience is really there watching it happen.