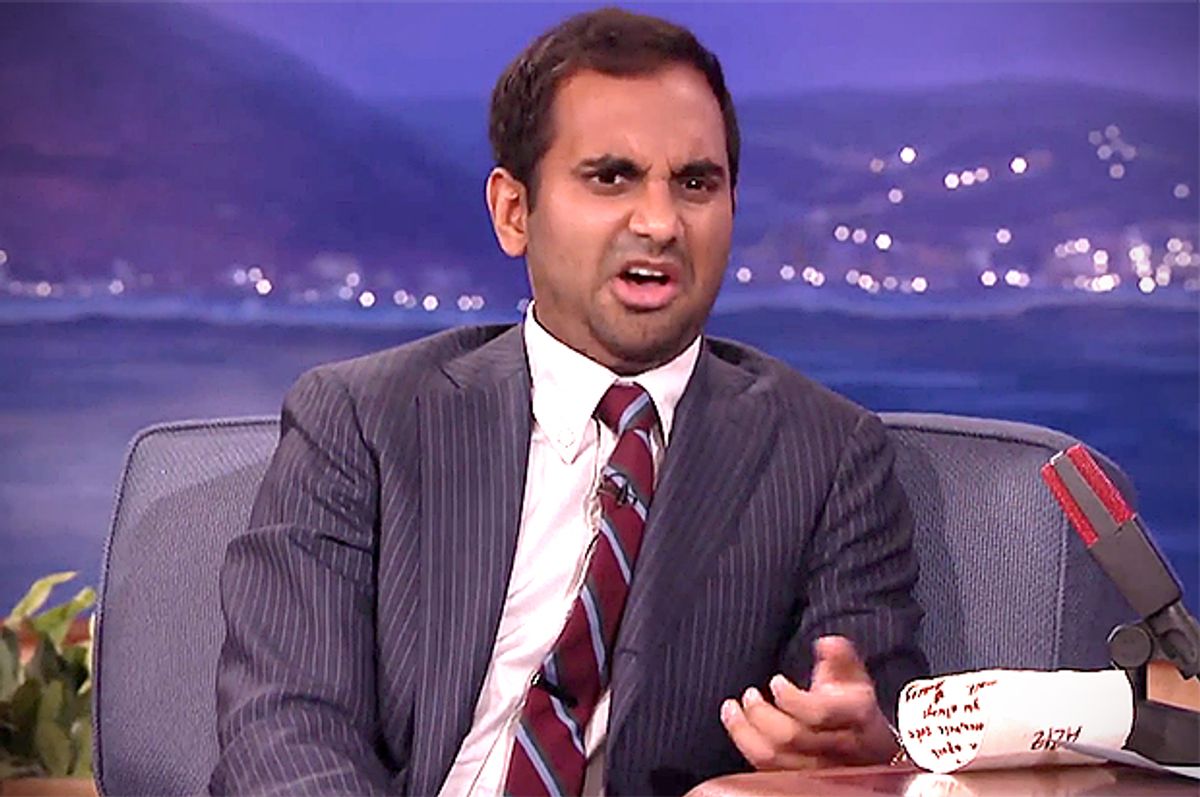 Let it be known: Aubrey Plaza is one of the few humans on this planet who could make gifting a vial of blood with a shard of hair in it seem like a heart-felt gesture.

Aziz Ansari joined Conan Monday night to chat about his departure from "Parks & Rec" and discuss a horrifying -- but totally in character -- going away gift he received from long-time friend Aubrey Plaza.

The vial, he would discover much later, was some sort of jelly. The hair? No word on where that came from. At least poor Aziz got a really nice, hand-written letter out of it.