Here is the average penis length, according to science

Researchers polled over 15,000 men on the length and girth of their manhood, and the results are...surprising 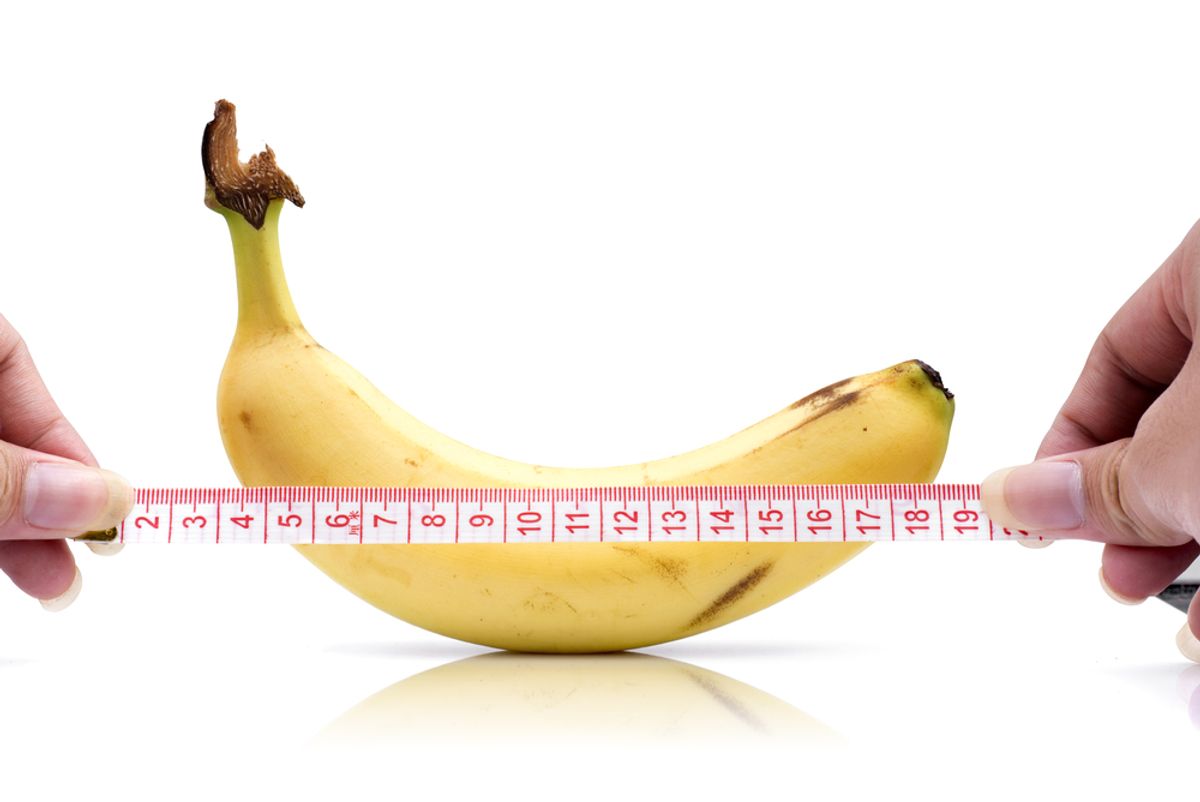 The results of that age-old question are in: We know the length of the average human penis, and it is smaller than you'd probably expect it to be. Researchers have compiled all the existing data on penis size in what's purported to be the most comprehensive analysis yet, with over 15,000 "data points" from men in the U.S., Europe, Africa and Asia helping them determine what is "normal."

I'll cut to the chase: According to the study, published this week in BJU International, the average penis is 5.16 inches long and 4.6 inches around when erect, and 3.6 inches long and 3.7 inches around when flaccid. The 15,521 participants in the 20 compiled studies ranged in age from 17 to 91, and exhibited quite a range in size. Only about 2.28 percent had abnormally small penises, which the researchers classified as being two standard deviations below the mean; the same percentage of men had abnormally large penises, two standard deviations above the mean.

The paper's title -- "Am I normal? A systematic review and construction of nomograms for flaccid and erect penis length and circumference in up to 15 521 men" -- sort of gets to the heart of what the researchers hope to achieve with the findings. "We believe these graphs will help doctors reassure the large majority of men that the size of their penis is in the normal range," lead author David Veale said. "We will also use the graphs to examine the discrepancy between what a man believes to be their position on the graph and their actual position or what they think they should be."

While the study finds no evidence to suggest that penis size varies by race, the sample is still limited to a majority of European and Middle Eastern men; additional research could draw different conclusions. The researchers also note that the results could have been influenced by their volunteers' own perceptions of themselves: Men who felt more confident in their penis size might have been more likely to participate in the study. Regardless, this is still the most comprehensive research so far.

Oh, and a final interesting tidbit: The study finds no correlation between a man's foot size and penis length.