Jimmy Kimmel won't back down about vaccines 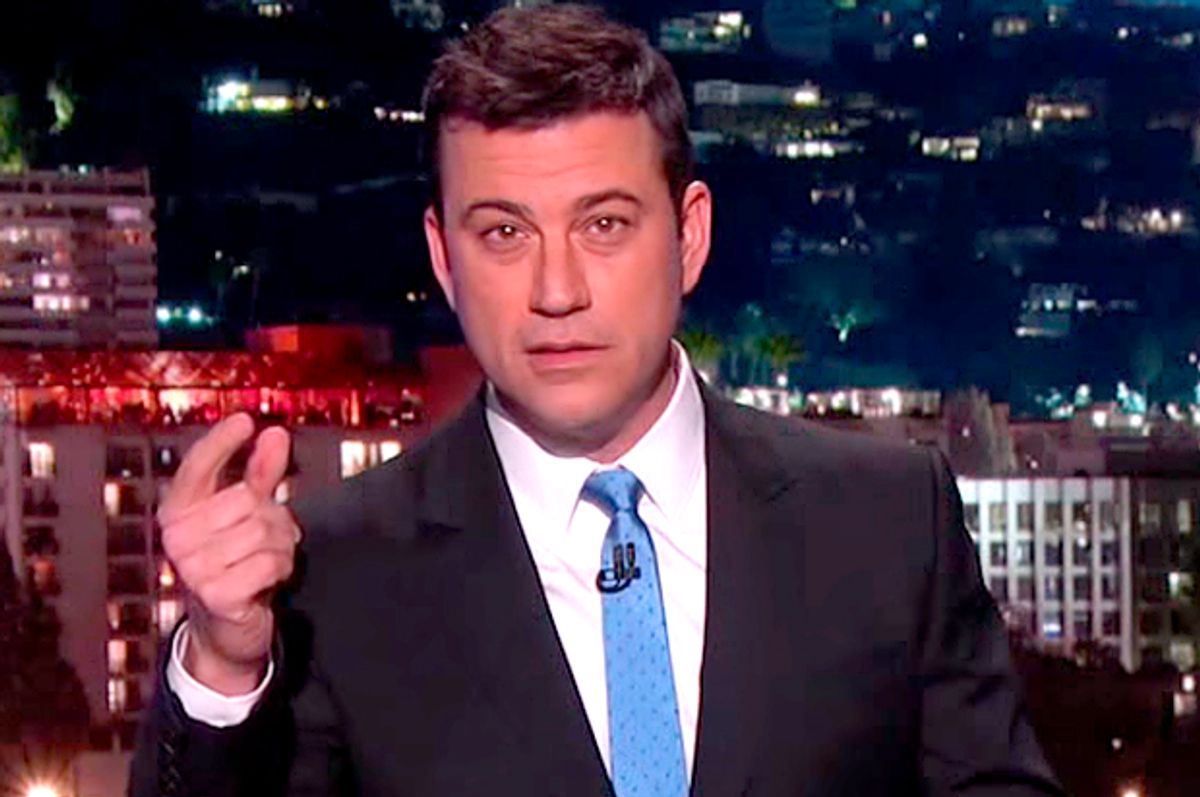 If you ever needed an excuse to love Jimmy Kimmel as much as Jimmy Kimmel hates Matt Damon, the late-night host keeps giving us reason, with his tough as nails messages to the people who still think not vaccinating their kids is a great idea.

On his Los Angeles-based show last week, he took a moment to reference the severity of a problem that in the past several weeks has led to an unprecedented measles outbreak, chiding parents who "are more afraid of gluten than smallpox." And acknowledging that "You probably aren't going to take medical advice from a talk show host, and I don't expect you to" in a sly dig to departed co-host of "The View," Jenny McCarthy, he said, "I would expect you to take medical advice from almost every doctor in the world" – you know, the people who don't "learn about the human body from their friends' Facebook page."

Kimmel, a father of a baby daughter himself, then presented a prerecorded message from a group of real and refreshingly foul-mouthed doctors who support vaccinations, to deliver a bleep-heavy PSA to explain that "The potential downsides of vaccinations are almost nonexistent," and to add that "I cannot f---king believe we have to make this PSA." "Remember that time you got polio?" another doctor asks. "No, you don't, because your parents got you f---king vaccinated."

Kimmel's crusade has made for some fascinating television lately, and it's pretty great to see a person with his platform -- with the support of his network -- go at it with such gusto. On Monday night, Kimmel gleefully returned to the fray, reading some of the angry tweets his segment inspired, including those from people calling him a "sellout" and "worse than priests abusing boys and Bill Cosby drugging girls." "So you see," he observed, vowing not to apologize, "people are taking a reasonable approach to this." He then sent out his "community activist team" Jack and Becky out to the streets with a petition in support of "a child's right to choose," asking parents, "Is there anything else you've injected your child with, besides betrayal?" Unsurprisingly, Kimmel's hard line has continued to draw outrage. On Natural News Monday, a "Health Ranger" reporter claimed Kimmel "makes fun of vaccine-damaged children, revives hate speech bigotry on national TV" and then somehow made a leap to racism and "violence against gays in America."

Parenting is intense and intimate and emotional business. Most of us are honestly trying to do our best by our kids. But as Kimmel said Monday, this is not about making fun of people whose families have been affected by autism. And as he explained, Kimmel has autism in his own family. Last year, he hosted a fundraiser for the Dave Rice Foundation for autism, and in 2013, he participated in the Skechers Pier to Pier Friendship Walk for children with special needs. Loving kids means wanting the best for all of them. Being on the side of facts and evidence and science does not make a person a hater. Supporting non-ignorance based choices is not mean. If you're putting your child – and other people's children – in the way of harm, you're being selfish, plain and simple. And you should be challenged about that as often and as loudly as possible.