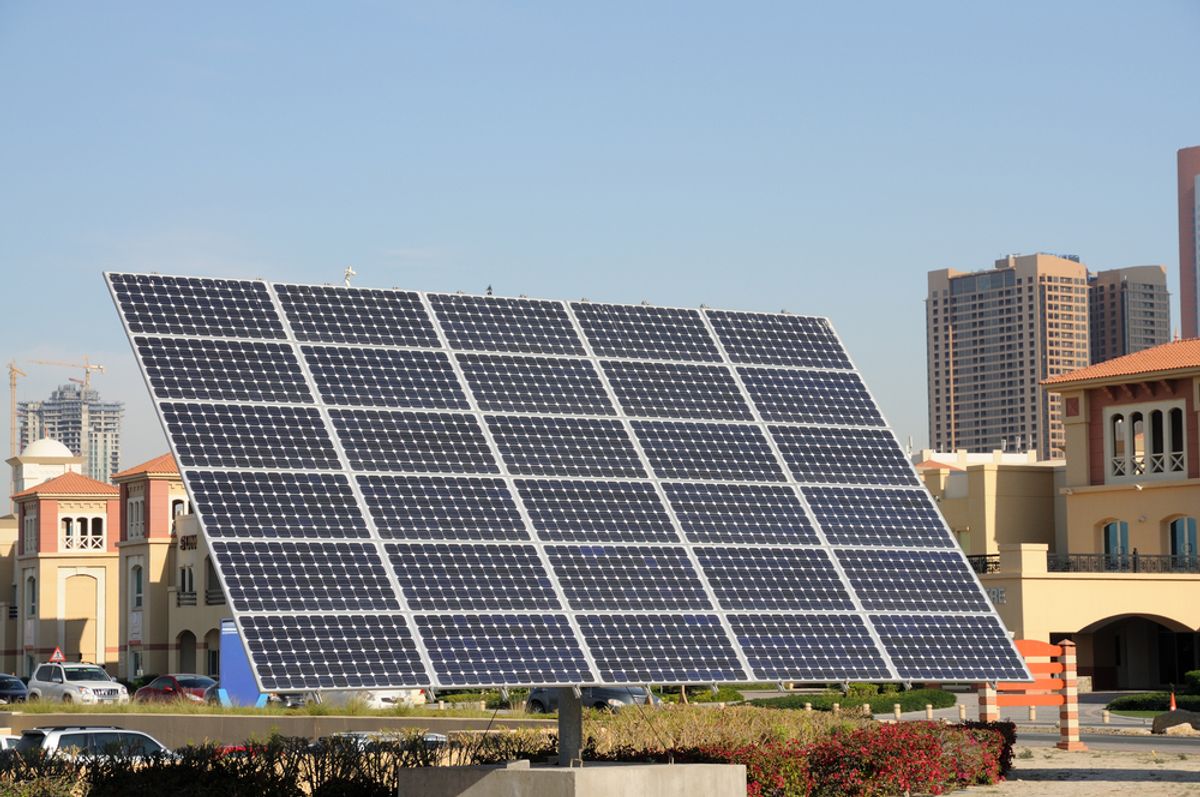 The Gulf States may have been built on oil, but their future is going to be in solar.

The opportunity is enormous, the technology exists and, according to a new report from the National Bank of Abu Dhabi, "cost is no longer a reason not to proceed with renewables."

I'll repeat that for emphasis: this report comes via the National Bank of Abu Dhabi, one of the biggest banks in the Middle East. And it couldn't be more enthusiastic about the investment opportunities in renewable energy.

Even oil prices as low as U.S. $10 per barrel, the report finds, can't compete with Dubai's latest large scale solar project. It references a recent report from Deutsche Bank predicting that solar will be at grid parity in 80 percent of the world in just two years -- and notes that it's already cheaper than grid energy in 42 of the 50 largest U.S. cities. More than half of the money currently pouring into new energy capacity is going to renewables, it finds, as will most of the U.S. $48 trillion in energy investment needed over the next two decades.

“It is very clear that renewables will be an established part of the global energy mix,” Alex Thursby, NBAD's Chief Executive acknowledges in a introduction to the report. “Governments around the world, including the Gulf region, are setting out their ambitions for decarbonizing their economies, and the global debate about energy has never been more intense.”

Reneweconomy breaks down why this is such a big deal: the Gulf countries' demand for new energy capacity is expected to triple over the next 15 years. And renewables, the NBAD is saying, are going to be the most cost-effective way of meeting that demand. RTCC's Ed King, meanwhile, points out that the report could be indicating a shift in the region's historically antagonistic attitude toward anything that isn't oil and gas -- and possibly even a new willingness to cooperate in international climate negotiations.

Solar, after all, is looking like it's too good of a deal to turn down.