Boston's crazy, snowy winter is inches away from beating an all-time record

...Here's what climate change has to do with it 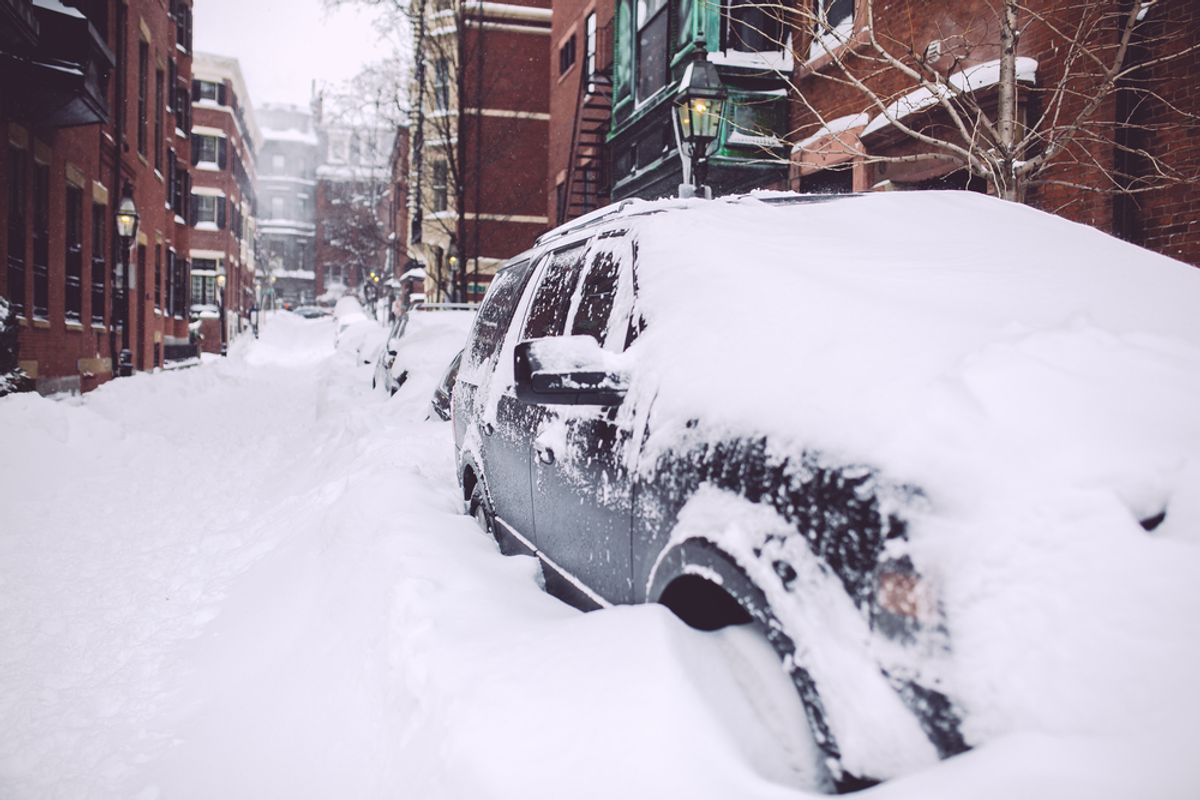 At the tail end of a season that's seen four major blizzards in less than a month and nearly nine feet of cumulative snowfall, Boston is less than two inches away from its snowiest winter on record.

According to the National Weather Service, Thursday's coming storm might not be enough to put this winter in the history books -- but spring is still a long way away.

Informal interviews of friends holed up in the Boston area reveal, to me at least, that it's hard to picture just how bad the winter's been unless you've lived through it. They speak of public transportation being consistently delayed, the challenges of driving, if they have cars, or of Uber's high surge pricing, if they don't. "I've been hesitant to go anywhere outside of walking distance for the past month or so," one told me -- and all said that walking even a few blocks is a challenge. A friend who's a teacher says her school is going to be making up for snow days until practically July, while one in medical school is stressed about all of the anatomy labs they've been forced to cram into the days when class isn't canceled. There's a lot of talk about how nice California seems (there's nothing like extreme precipitation to make a drought look enticing), and at least one person just accepted a job in New York. "I won't pretend that the snow was the main factor," he told me, "but I definitely think it played a part."

Other stories in the news confirm that the snow is not to be underestimated. At a loss for what to do with all of the excess snow, the city was considering overlooking the environmental concerns and dumping it into the Boston Harbor. Writing in the New York Times toward the end of February, E. J. Graff described the build-up of snow as a "slow-motion natural disaster;" according to the Boston Globe, therapists are reporting spikes in anxiety disorders as forecasts predicting even more precipitation. As spring finally approaches, concerns are turning to the risk of flooding.

Boston's no stranger to snow, but this is only the second time since record-keeping began in 1872 that snowfall has surpassed 100 inches. Also notable is that four of its five snowiest seasons have occurred since 1993. Knowing, as we do, that heavy snowfall is consistent with the pattern of global warming, it's hard not to wonder if this is something Boston's going to be suffering through more extreme winters in the future.

It's important not to speculate too much about how human activity may have influence the record-breaking deluge -- no one weather event (or four blizzards) can be directly attributed to climate change. But the National Climate Assessment showed how heavy precipitation events increased between 1958 and 2012: This sort of thing happens because of some simple rules of physics: warming oceans create more water vapor, and a warmer atmosphere is capable of holding more moisture. And the atmosphere is certainly warmer and moister than it was in the past. In mid-winter, which is when Boston got most of its snowfall, it's still cold enough for that moisture to fall as snow. In fact, climate experts explain, it snows more when temperatures are just below the freezing point, instead of colder.

Scientists are still uncertain about what exactly winters of the future will look like, although they do know, contrary to what Sen. James Inhofe suggested by bringing a snowball onto the Senate floor, that we'll still have winter. So far as records go, warmer temperatures in the fall and spring will cut short the overall snow season; enough so, perhaps, that total snowfall doesn't increase. But when regions prone to blizzards do get hit, it's more likely that they're going to get hit hard.