"Buzzard" is the new "Office Space": An unhinged slacker comedy for the dead-end temp economy

A deadbeat scam artist with a Freddy Krueger glove takes on The Man in a ruthless, confrontational indie satire 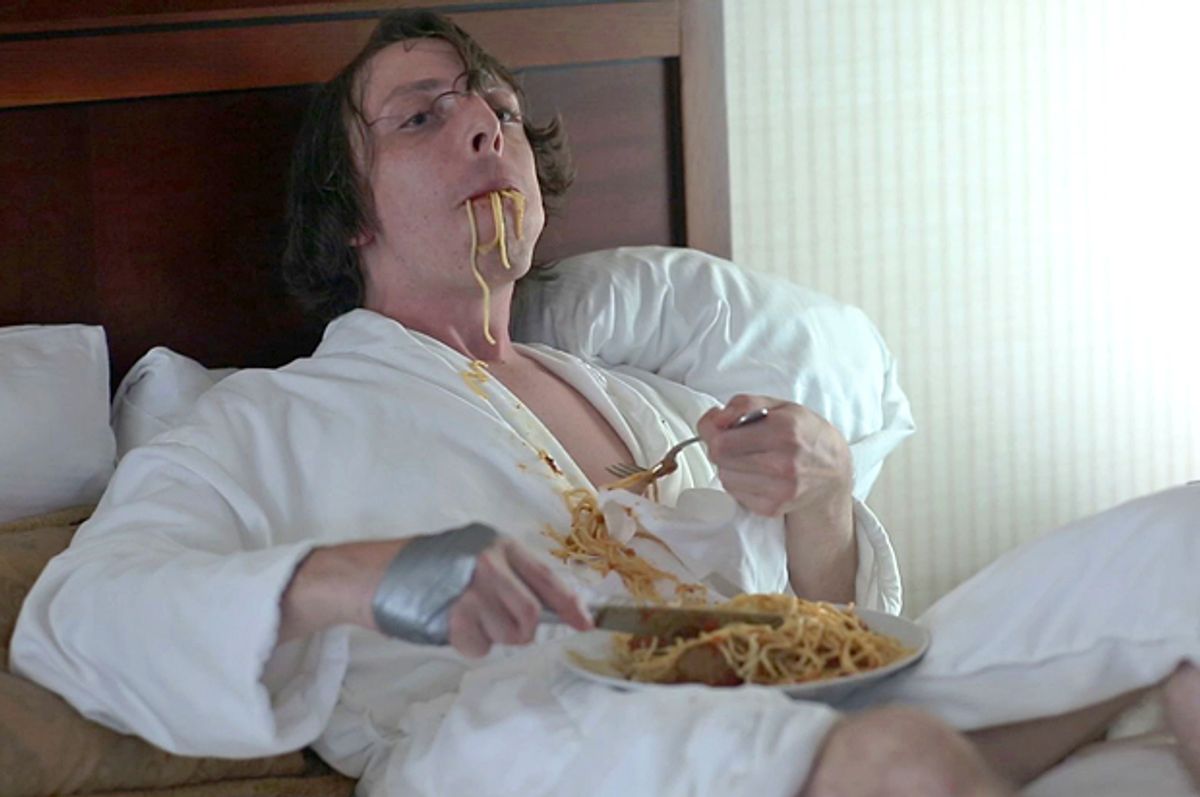 Some people will be thoroughly delighted with writer-director Joel Potrykus’ unhinged and confrontational antihero slacker classic “Buzzard.” Lots of other people will never consider seeing it in the first place, and will thoroughly hate the movie if they come in contact with it by accident. This is a small indie film with a self-selected audience consisting of people who have done significant time at soul-killing dead-end jobs, are way too familiar with 1980s horror cinema and who viewed Mike Judge’s 1999 film “Office Space” as a reason to go on living. (I am guilty on all counts.) Then there’s a significant group of people who will enjoy the movie for a while, or at least appreciate its rigorous and almost minimalist depiction of the lowermost deadbeat fringe of the American middle class, before starting to feel that they’d rather be doing something else, like having that root canal dealt with at last. Which group do you fall into? I can help you decide, but only a little.

Love it, hate it or tolerate it with reluctance, “Buzzard” has a ruthless clarity of vision, and breaks new ground in pushing character-based comedy right to the edge of profound discomfort. You can feel the influence of Lena Dunham and Larry David, for sure, but with “Beavis & Butt-head” and Freddy Krueger ripping their faces off with some gnarly air-guitar, and just a smidgen of art-house surrealism mixed in. (See also Rick Alverson’s films “The Comedy” and “Entertainment,” with their overly sardonic titles.) This is the story of Marty Jackitansky (Joshua Burge), at least to the extent that Marty has a story. A shaggy, sleepy-eyed, hawk-nosed young man who could be anywhere from his early 20s to his early 30s, Marty has an oddly feral charisma and the short-term survival instincts to match. No doubt this is stretching the point, but Marty feels like a figure ripped free from time, and not just because he’s a pop-culture-soaked slacker archetype who might fit better in 1978 or 1991 than he does now. There’s also something of the Goethe or Kafka or Dostoevsky protagonist about him, the suffering young solipsist with no ethics or morals or ideology beyond a sense of his own awesomeness.

Marty works (or “works”) at a temp job in the cubicle-lined bowels of a Michigan bank’s mortgage department, although most of his energy is directed toward augmenting his income with low-level scams. Just to mention one time-honored classic, he orders expensive office supplies on the bank’s account – electric staplers, printer cartridges, cases of Rollerball pens – and then takes them back to the big-box store in person for a cash refund. (That was one of many places in “Buzzard” where I groaned and told myself, I remember that dude!) It’s way too easy to observe that Potrykus’ film is profoundly shaped and influenced by “Office Space”; I think we need to be more specific. “Buzzard” is like a psychotic “Office Space” devotee’s evil fanfic. It’s like that one scene in “Office Space” where Ron Livingston’s character convinces the two management consultants that his pattern of never showing up or doing any work represents a brilliant innovation, only distilled to its purest form and pushed to an illogical and nightmarish extreme.

Potrykus and cinematographer Adam J. Minnick follow Marty’s descent into self-inflicted madness and disaster – and the gradual perfection of his Freddy Krueger glove, actually a don’t-try-this-at-home modification of the notorious Nintendo Power Glove, circa 1989 – in a series of disconnected scenes, separated by blackouts. Not all these scenes consist of single long takes, but many do, all seemingly calibrated to maximize viewer discomfort. In the second scene of “Buzzard” (I think), we watch Marty sitting at a desk in an unmoving close-up for several minutes, as he closes out a checking account and collects his $255 in cash. Then he calmly explains to the unseen manager that he wants to open a new account and claim the $50 new-account bonus. Yeah, he’s read the fine print; it happens to be exactly six months since he opened the old account. This is highly efficient character development, as well as information delivery: We learn that Marty works at the same bank (but not as an actual employee; he read the fine print!) and is partway through a three-hour unscheduled break that no one is likely to notice. We learn that he’s devious and utterly without shame; we are torn between rooting for his ruthless ingenuity (I mean, yeah! Screw that bank!) and the unsettling evidence that this is a person with no conscience and no sense of boundaries.

If Joshua Burge’s performance as the odious, irresistible and unsinkable Marty is the obvious centerpiece – from certain angles and in certain shots, he has a striking resemblance to Buster Keaton – director Potrykus nearly steals the show as Marty’s so-called friend Derek, a balding hip-hop fan who has converted his basement into “the Party Zone.” Well, OK, it’s Derek’s dad’s basement, if you want to get technical, and the Party Zone still falls a long way short of its ideal Platonic form. Still, Marty needs a place to hide out after his scheme of signing other people’s mortgage refund checks over to himself runs afoul of modern technology (something he clearly doesn’t understand, as a time-traveling refugee from more scam-friendly decades or centuries), and the leather or possibly pleather sofa in the Party Zone is available.

There are just enough moments of human compassion in “Buzzard” for me to argue that some degree of larger social critique is in view here, but I won’t insist on the point. Marty calls his mom a few times, telling her outrageous lies about how well his job and life are going. Derek is an ordinary guy, subject to ordinary levels of confusion and desire: He is way too paranoid on the subject of gay sex, for instance, while also being intimately acquainted with someone who does a nightclub impersonation of Olivia Newton-John. (I’m so sorry we don’t get to see that.) His failure to actualize the Party Zone is both ludicrous and familiar, a lot like the things we all dream about but don’t accomplish.

For Derek, as for us, Marty represents an unattainable dream of freedom, and its ultimate impossibility. With his “Demons” T-shirt (commemorating Lamberto Bava’s 1985 film marking the high point of self-referential exploitation cinema), his homemade and distressingly successful Freddy glove and his moronic scams, Marty is more like a pure spirit of the age, or maybe of an age that isn’t exactly this one. When he is reduced to wandering the streets of Detroit with his last $200, he’s happy to spend it all on one night in a fancy hotel and a deeply grody room-service spaghetti meal. (That one-shot scene is for the ages.) Of course Marty can only come to a bad end, or to put it another way his existence is no longer possible. The tiny loopholes and crevices in capitalism that produced him – “contradictions” is way too grand a term – have almost entirely been filled in with sticky stuff designed to ensnare bugs like him. “Buzzard” pays tribute to a lost mode of resistance that may well have been pointless and self-destructive, but was never false.