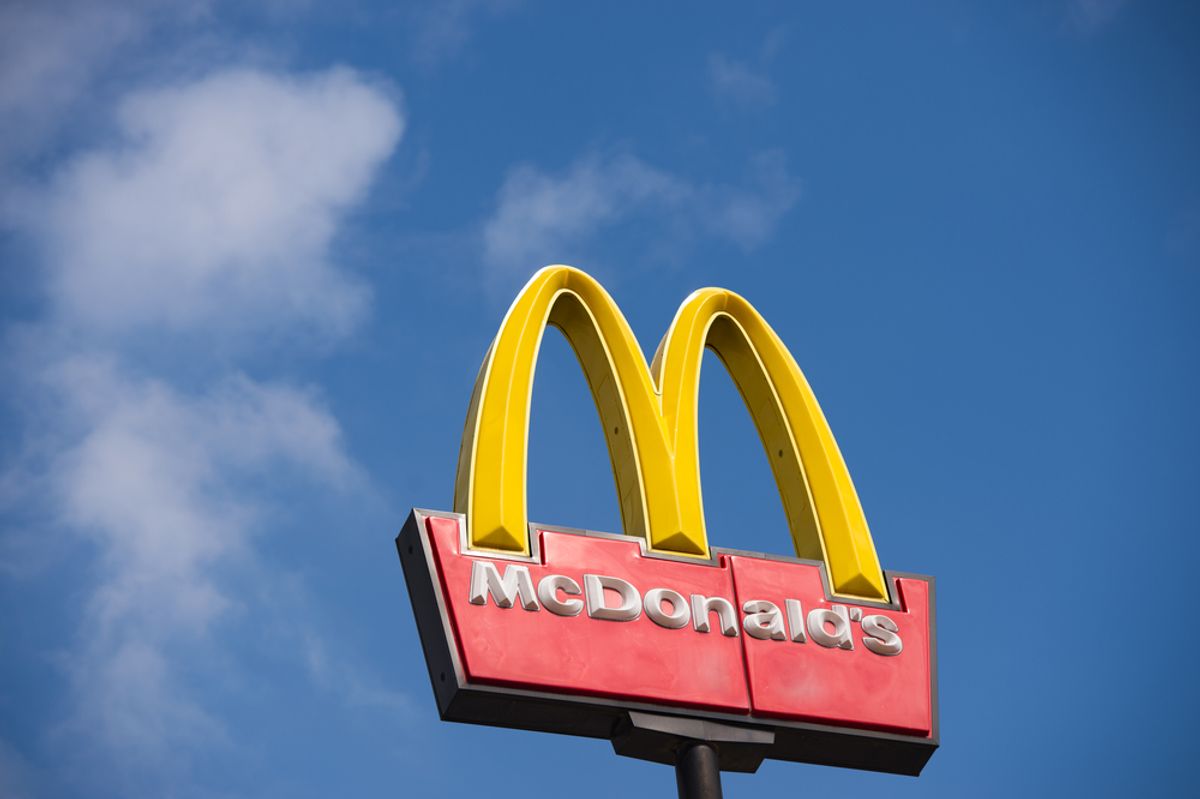 McDonald's just did what the U.S. government won't. In a bombshell announcement Wednesday morning, the fast food giant said that it plans to stop buying chicken raised with antibiotics vital to human medicine, giving producers two years to move away from the dangerous practice.

"We're listening to our customers," Marion Gross, the senior vice president of McDonald's North American supply chain, told Reuters in an exclusive interview. Their policy will begin in the hatchery, and will apply, for now, to the company's 14,000 U.S. restaurants.

Low doses of antibiotics are a standard part of life for the factory farmed chicken, a recent investigation revealed -- a veritable scandal, considering that their use in livestock is contributing to the growing crisis of antibiotic resistance, which already affects at least 2 million Americans, and kills 23,000, each year. Misuse and overuse in medicine are part of the problem, too, but the fact remains that 80 percent of all antibiotics sold in the U.S. go to the livestock industry.

McDonalds has been on an aggressive, mostly B.S. campaign to keep up with competitors like Chipotle by emphasizing the quality of its food -- like the fact that its chicken nuggets are, in fact, made with real chicken. But taking a concrete step to eliminate the use of human antibiotics in that chicken goes way beyond its earlier PR efforts -- and could spark industry-wide reform.

The company's purchasing power (it's one of the largest single buyers of meat) combined with its brand recognition, Jonathan Kaplan, the food and agriculture program director for the Natural Resources Defense Council, told Reuters, mean this might well be the "tipping point for antibiotic use in the poultry industry."

If that does turn out to be the case, it'll mean that a company more commonly associated with harming our health will be credited with doing something to protect it -- and which goes far beyond what the U.S. government has managed. The Food and Drug Administration has been looking into the issue of antibiotics in livestock since the 1970s, and the White House even went so far, last fall, as to acknowledge that the overuse of antibiotics on factory farms is putting the public at risk. But they've yet to do much about it: they best we've gotten is a request, from the FDA, that pharmaceutical companies voluntarily stop selling antibiotics for the purpose of growth promotion.

The new policy won't go as far as some of the more "enlightened" fast food companies, as it will still allow for the "responsible" use of ionophores, an antibiotic not used to fight human infection. It's not suddenly going to make McDonald's chicken, which is deep fried and high in sodium, good for you. But with superbugs threatening to become the "next pandemic," it's the sort of real change that's undeniably welcome -- and that fans of the Big Mac and McRib should demand even more of.