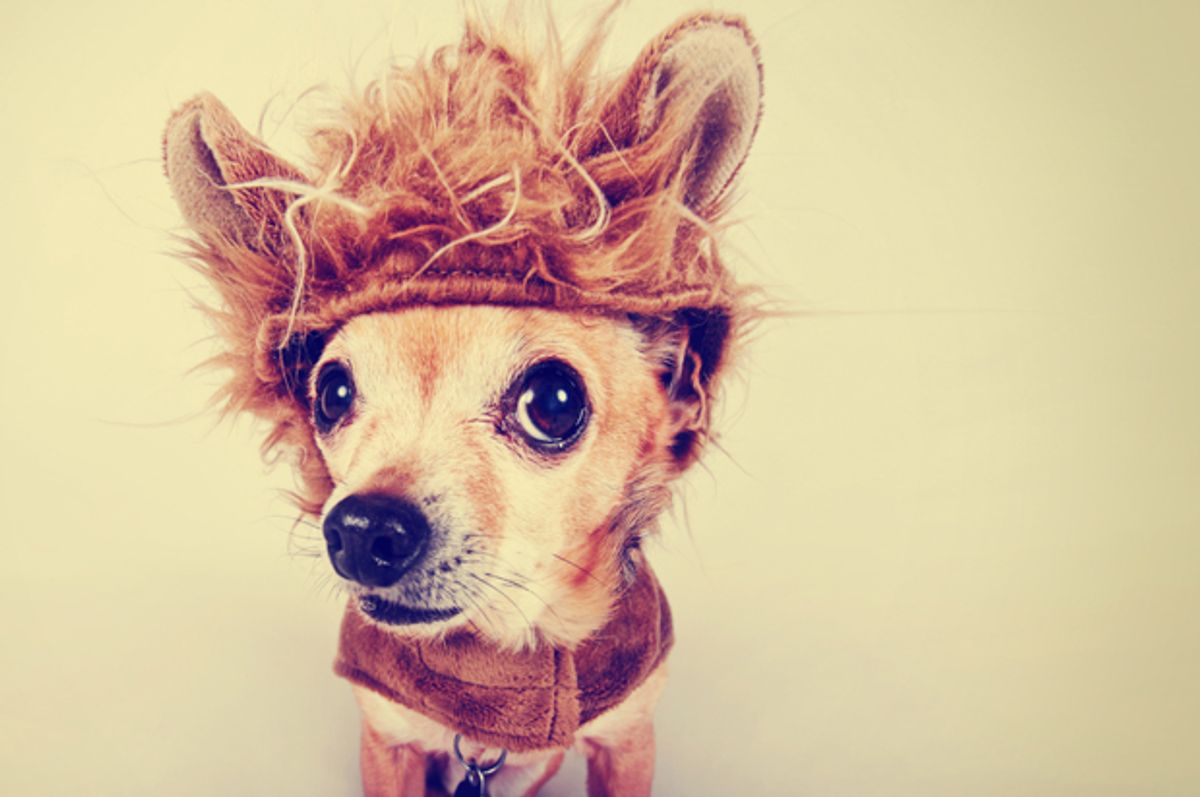 I want to see you. Not your child, not your cat. Not you as you were when you were in second grade. Not a cartoon avatar version of yourself. When I look at that little square next to your name, I want to see you. And I want you to see me too.

I've been lately thinking about how we see ourselves, and how we show ourselves. It began after a man I know admitted an increasing discomfort with finding himself tagged in his friend's photos on Facebook. The subject had come up because we'd been discussing his recent birthday, and he mentioned his sadness at how "old" he thinks he looks. "I feel like, 'Who is that guy?'" he'd said. But as he spoke, I thought of a friend who died last fall -- and how angry I am still about how our plan to grow old together was thwarted. How much I wish I could watch her get gray hair and deep lines on her face. "Don't disappear. I don't want you to become invisible," I'd told him. I don't want anybody to. And hard as it is some days, I don't want to be invisible either.

A quick study of my Facebook friends list shows about one third of them currently don't have a representative image of themselves for their avatar. Some of them never have, in all the years I've known them. Among the humans (as opposed to businesses and publications) I follow on Twitter, the number of real images is a little higher. On Instagram, I tend to swiftly unfollow anyone who runs amok with the selfies. Conversely, among the trolls who say scary, sick stuff to me out there, there's rarely a photo tied to the account. The pattern neatly fits the unspoken rule of thumb of social media – too many photos of yourself and you must be a narcissist; no photos and you must have something to hide. But the reality of human nature is more complicated than that.

When I recently asked some friends who never post photos of themselves why not, I got a little more insight into their reasoning. "I hate photos of me," said Victoria, an artist. "I'm not photogenic, I get self conscious, and generally 'take' a bad photo. Always have." She adds, "I think that by posting the photographs I make/take I can show the world more of what and how I 'see' that shows more about who I AM than any vapid, outside packaging of me photo." And Anne, a playwright, says, "I hate looking myself, pure and simple. Also, I fear it will make the most perfect dartboard fodder for my adversaries." I can certainly back her up on that one – and attest from personal experience that if you are a woman who writes about women's issues and there are photographs of you out there, you can expect regular feedback on how ugly you are. But Anna adds, "What do I care?! I have decided that I will instead start posting photos soon -- before I REALLY start going to the dogs."

For most of my life, I've had a pretty neutral relationship with my own image. I'm not one to upload a new selfie every time I have brunch, but I will willingly pose at family picture taking time. I possess a typical assortment of photographs in front of famous landmarks around the world, and smiling at milestone events with the people I love, but I'm as often behind the camera as in front of it. All my social media avatars are images of me – not my kids or some flower -- and they're reasonably accurate representations of what I look like. But I've now been online long enough to be able to see myself changing over the course of my various timelines, and it's humbling and sometimes hard.

Last week I had surgery on my forehead to remove a basal cell carcinoma. Right now I have long, impressive, Frankenstein-like line above my eyebrows that will with time fade but never go away entirely. I can add it to the list of things that have changed me, profoundly and often suddenly, in the past few years. I've had malignant cancer twice and had major surgeries on my body. I spent two years in a rigorous and exhausting clinical trial. I've lost people I loved very deeply, and grieved for them intensely. I'm on the waning side of my forties. Sometimes, when I look at pictures of myself from just five years ago, before it all hit the fan, it breaks my heart a little. I look so much more vibrant and unbroken. I contrast them with the photos my daughter took of me in the park a few days ago, and I see the lines around my eyes and a body that's softer, and I think, what the hell happened? I think, I should never let anyone take another picture of me again. Which is silly. Because when my daughter looks at those same photos, she just sees her mom. And when I look at pictures of my friends, I just see my friends. I want to see my friends. I don't like to imagine they feel they are somehow not aesthetically satisfying enough to be seen – or that if they gain weight or get wrinkles or earn a few big scars, they have to slink off and hide from the camera. I don't want any of us to be ashamed to be human. I want us to stay visible for the rest of what I hope are active, happy, long lives. I want us to show what it looks like to be a person, without fear.

Our culture trades on snark and snap judgment. It delights in falls and failures and gleeful headlines that someone "doesn't look like" some thirty year-old image of the same person as a young, thin teenager. How dare a person change? How dare a person not be Photoshop perfect? It's hard to expect kindness in a world in which The Daily Mail exists. It's hard when the images we see of other people so often seem so carefully curated, so "Oh, here I am looking flawless in Hawaii. #blessed!" So I'm going to take a stand for imperfection. For growing older. For being broken. For being generous to ourselves. For still being willing to smile in spite of it all. And from here on in I think that if you look at a picture of someone– including a picture of yourself – and make a harsh judgment about her, the ugliness is in not the person's face but in your eyes.

Soon after my friend died last fall, her husband and I talked on the phone about her, and about her last day. "She looked beautiful," he told me. "She was always beautiful." That's how she looked to me, too, when I visited her a few months before. I have a photograph of us from that day, with another dear friend. The three of us have our arms around each other, our heads so close they're touching. We are fragile and damaged and we've suffered. We are real and unselfconscious. And of all the many things in the world that ever hurt or scared us, we look like three people who refuse to let a camera be one of them.