"Your Prince Charming will come!" and other dumb advice that married people give their single friends 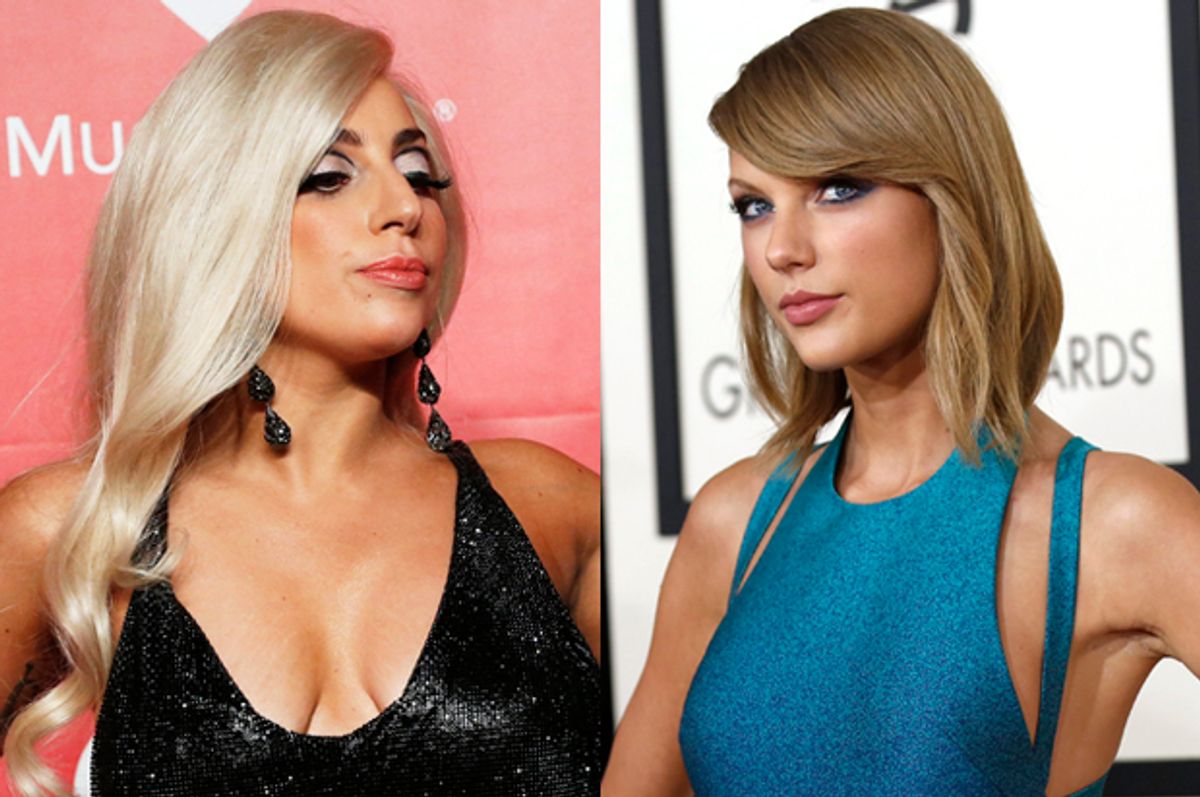 The other day, a single friend Gchatted me, "WHERE IS MY BOYFRIEND WHERE IS HE." I confidently replied with something along the lines of, "I PROMISE that you will find your person. I am 100 percent certain of this." How easy it was to say now that I'm married. Just a couple years ago, I was sending this very pal frenzied Gchats about how my eggs were shriveling and all the good men had already been taken and fuck all these Facebook engagement photos and "AHHHHHHH!!!!!!"

I thought of that conversation this week when Taylor Swift tweeted something about how the newly-engaged Lady Gaga seemed to be "fully LIVING right now" and the 28-year-old singer responded, in part, "Your prince charming will come!" I recognized something of myself in Gaga’s tweet -- not the “prince charming” bit, because those words would never come out of my mouth, but rather the settled-person smugness of it. I'm only just over a year into my marriage and already dispensing knowing advice to single friends -- as though getting hitched were an accomplishment, one based on merit or skill, about which I was now an expert.

But of course I and so many other women end up here: Straight single ladies in our culture are besieged with grave warnings about how and when to partner up. Disconcertingly contradictory advice abounds -- whether it's snagging a husband in college or settling for Mr. Good Enough. If and when we do wife up, it's tempting to believe that we've achieved some mastery over that particular cultural gallows. The truth is that for the most part we married people have simply lucked out, but we delude ourselves into believing otherwise. That's why you find so many of us delivering such awful platitudes -- and that's why I decided to talk to some single women about just that.

Eve, a 29-year-old who describes herself as a “perpetually single gal who has been on the market since 2007,” finds little comfort in her partnered friends' assurances that she will someday find the right person. “My coupled friends have loads of encouragement and confidence in my eventual mate-finding,” she wrote in an email. “They have no doubt this dude/gal will appear, and he/she will be just right!” This is nice and all, but she says, “Somehow their confidence never seems to translate to my feeling comforted or really heard.”

What she would like to hear from her coupled friends, but rarely ever does is that "their having found love has nothing to do with them being more virtuous, more desirable, or more 'together' than me, their single friend." She explains, "It really has to do with chance, timing, dumb luck. That's something I have to remind myself often so I don't go crazy with self-doubt." Her single friends -- and, of course, her mom -- are quick to remind her of this, but not her coupled friends. Eve would like to see the narrative shift from "'One day your Prince will come, and you'll be just as happy as I am' to 'This love stuff is such a fluke, and I certainly don't have all the answers. Tell me more about what it's been like for you,'" she says.

My friend Katherine, 36, says her hitched friends offer blindingly obvious pointers like, “Oh, I hear a lot of people meet people online.” Then there are the folks who she senses feel sorry for her and “always want to talk about how I have it so great being single,” she says. “‘You're so lucky! Don't ever get married!’” But she sympathizes with these advice-givers. “No one knows what to say to someone like me who wants to be married and have children but hasn't yet, and has no prospects,” she says. “Everything anyone says can seem sort of trite, even if it has the best intentions behind it.” There is one exception, though: “Very, very rarely do I get, ‘Your life is pretty great so far, despite not getting married,’” she said -- at which point I had to stop our official interview and tell her just that, because it's true.

Another friend, Elissa, also finds these married-people banalities unbearable. "They say, 'It happens when you least expect it,' as if I shouldn't be actively pursuing it," she says. "People don't know what to say so they say, 'I think it's really true that -- insert cliche.'" Elissa also says attached people try to blame her for her singlehood: "Are you not getting out enough? Are your standards too high? Are you closed off?"

Similarly, Alexandra Drucker, a single 26-year-old writer, says engaged or married friends most often tell her things like, "Join a club or go places where you'll meet guys with similar interests!" She says, “In theory, this is a great idea, but if I were to join a club whose primary activities include watching ‘Downton Abbey’ and overanalyzing other people's text messages, I'll probably be single forever.” On a similar note, a woman wrote to me on Twitter, "If one more person tells me that there's a lid for every pot or that I just need to put myself out there… ."

With chestnuts like that, it's no surprise that these women tend to find greater comfort from fellow singles. "They are so much more likely to say, ‘Yes, it is rough here in the trenches, and who knows if there's any reward in it! Still we soldier on,’” says Eve. “Bleak maybe, but validating definitely.” Plus, when her partnered friends aren’t being effusive about how absolutely 100 percent certain they are that she will to meet her match, Eve finds herself “the default teller-of-funny-dating stories that my coupled friends can hear, laugh at, and not-so-tacitly squeeze each others' hands under the table in joint relief that they found each other.”

I’m pretty familiar with this dynamic: Just the other day, a friend sent me screenshots of absurd Tinder come-ons, which my husband and I cracked up about -- until we looked at each other with big scared eyes that said, "Thank god we don't have to do that." It just goes to show the absurdity of coupled people acting as experts on finding love: Even those of us who have partnered up still look to the dating scene with terror, because on some level we know the truth: It isn't that we've mastered it, we've just lucked out of it.