Community Discussion: Is the failure of mass transit destroying our cities?

We debate the fate of urban transportation. 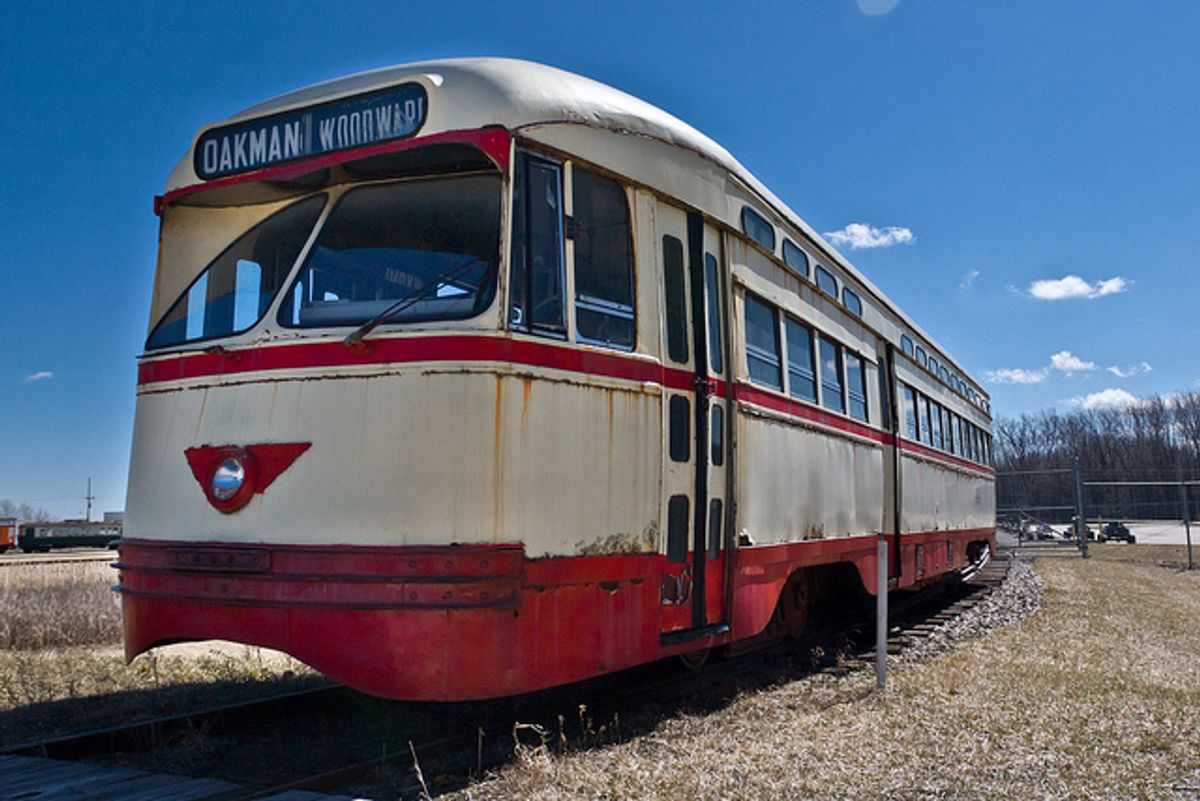 A very popular Salon article last week explored the death of the American mass transit system. The author, Henry Grabar, writes about strained Eastern Seaboard transit systems unable to keep up with record ridership, maintenance and incompatible governing bodies. "These are, respectively, the largest, second-largest and fourth-largest rapid transit networks in the country. And despite their differences, they have a couple things in common," he reminds us. "First, each of the three agencies shows a streak of incompetence that irritates and frightens commuters. Second, all three networks suffer from a worrisome lack of political and financial support."

When we talk about the decline of the rail system, though, we talk about more than problematic ridership issues. Along with impending layoffs for the immediate workers, assembly line workers and other creators directly within that industry, the failing of transit causes severe sprawl issues, cutting off neighborhoods from resources and jobs, which can lead to urban decay, as well as creating clog within other neighborhoods directly on existing transit lines, which may then deteriorate in service themselves.

Early last year, the Detroit Metro Times wrote about a tricky situation where a local had ditched his car for public transit; a virtually unheard of decision in that city. "Why is it that someone who wants to get from downtown Detroit via DDOT to a job at, for example, the Costco in Livonia, needs to budget two hours for the trip? When driving that route would take a mere 15 to 20 minutes?" writes Ryan Felton. "Consider the two transfers needed to make that bus ride happen, tack on the inevitable waiting period, and it begins to make sense why this region is beholden to the automobile not just by name, but in practice too." In his article Felton draws out more reasons why Detroit is still Motor City, calling out finger-pointing between residents and local officials, and discontinued service to the areas most in need. Indeed, in January the Detroit Free Press featured a story that went viral about a 56-year-old factory worker named James Robertson, who has walked 21 miles to work each day since his car died. Despite his nightmare commute, he has set attendance records at his company.

In the comments of Grabar's article, Salon reader pkingiam points out that should public transit be accessible in other towns outside of metropolitan areas, they would be more attractive, creating new areas of population.

"Americans love their cars. We have an unhealthy obsession with individualism and strange aversion to anything deemed "collective". Suburbanites and rural folk don't want to "subsidize" the cities. But like I said, those obsessions and aversions are unhealthy and strange. And plenty of money flows from cities to the suburbs and sticks. Furthermore, I'd love to see service extended to those places. It would be great if not having a car was as much an option in the suburbs as it is in the city."

However, another reader, pattip2001 takes the conversation in another direction, looking at how even a city that has grown in conjunction with it's large mass transit system can be plagued with growth and quality problems leaving residents with no obvious solutions or choices.

"There is demand, we are paying the increases, but MUNI isn't doing anything about improving service. I am thinking since I am forced to walk after a hard day's work, that my family should stop paying the $240/month we pay for crappy public transportation."

The unanimous tone of the conversation is that where there is transit, there are people. But what happens when mass transit system begins to fail and die? Does urban sprawl reduce and are we forced to overextend resource in certain areas while others go empty? How can we branch out and populate other areas to avoid urban decay? Are other solutions, like self-driving cars, the answer?