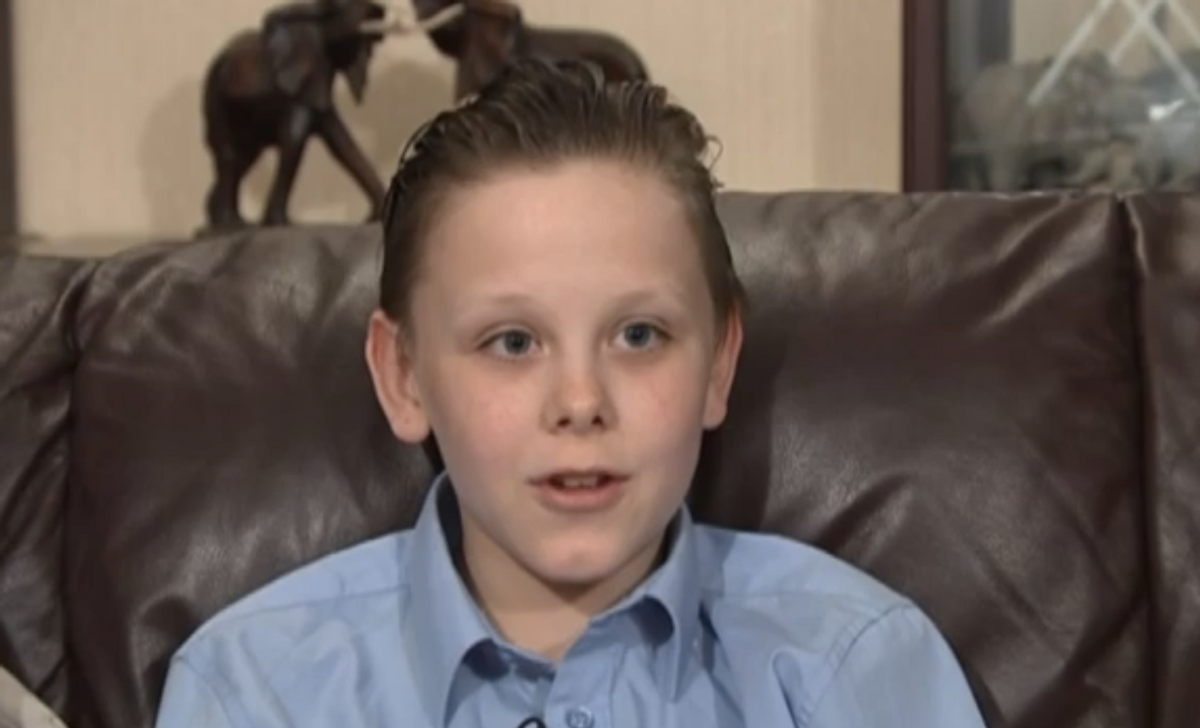 Teachers at Sale High School in Northwestern England sent 11-year-old Liam Scholes home on Thursday after he arrived at the school dressed as "50 Shade's" Christian Grey. His costume included the signature suit and was decorated with cable ties and an eye mask. AP reports that he was asked to change into something a bit more appropriate before returning to the school.

Just take a look at that face which reads: "I have no idea what I'm doing."

Following this incident, the school issued a comment on this decision to AP, indicating that Scholes had, indeed, returned to the school after modifying his costume (he picked a James Bond costume): "[This decision] reflects the school's high standards in terms of student behavior, welfare and safeguarding."

The mom and son appeared on Good Morning Britain Friday where Liam eloquently explained his thinking behind the Christian Grey attire. "It's all you see on the telly -- on magazines. If there's one film that's talked about at school it's 50 Shades," Liam explained. His mom assured the journalist that her son was just trying to have a laugh and that everything has gone "a bit mental."