For almost a decade now, the paper of record has been pushing the exact same clock. Make it stop! 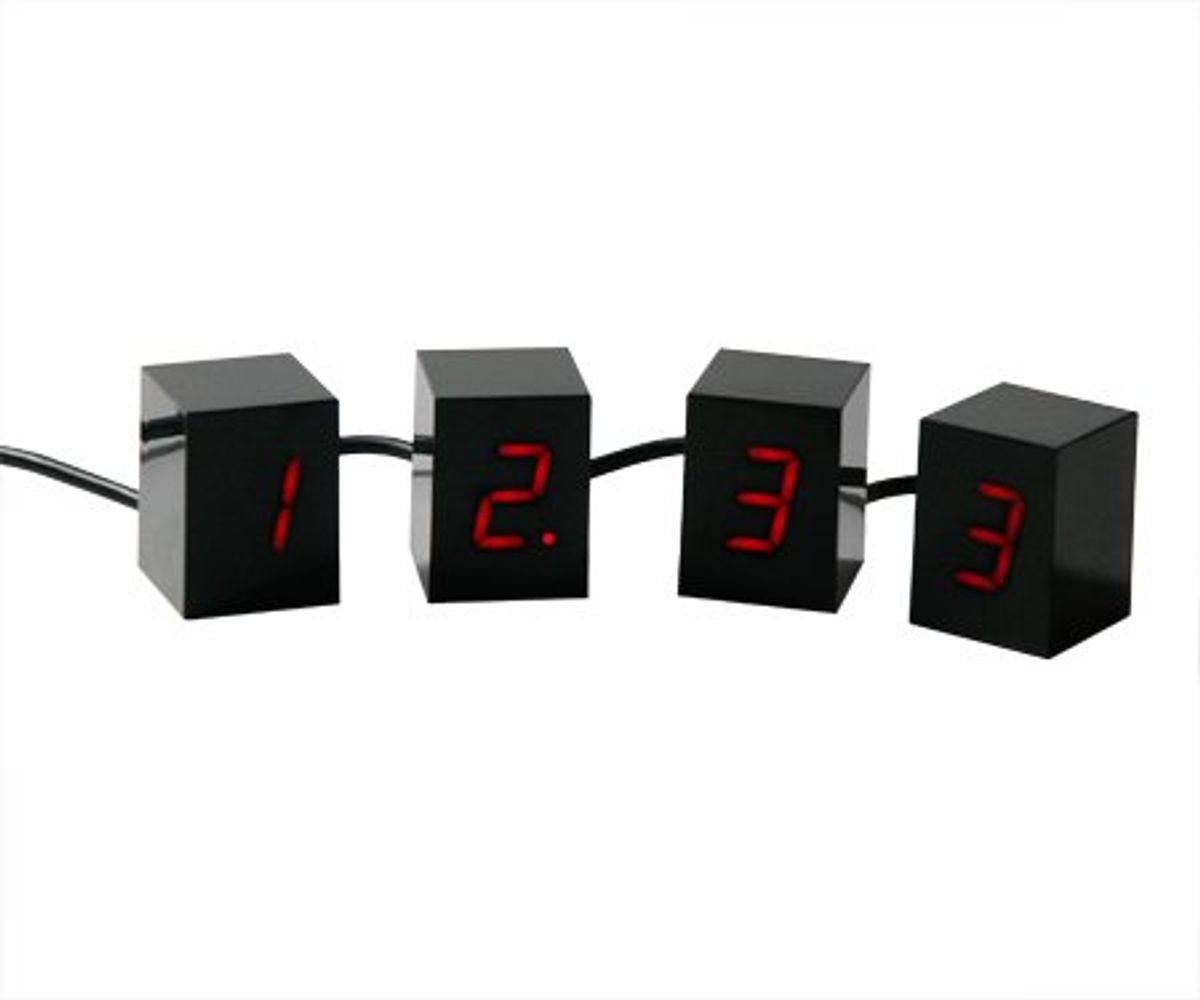 The New York Times will not rest until you embrace major-league soccer, Kim Gordon's memoir, a bipartisan grand compromise on entitlements and Portland's food trucks. Also, give in and buy this alarm clock, already.

Areaware's "Numbers LED alarm clock," designed by Jonas Damon, has caused quite a stir at the paper of record over the last decade. It is a simple string of four black cubes with a red L.E.D. display of a single number per cube. The cubes can be detached from the strings and rearranged, in case you want to confuse friends and family and cause them to be late for important meetings.

Like, perhaps, editorial meetings at the New York Times where clock coverage gets planned, and people might ask the question, "Hey, haven't we pushed this same f**king clock on our readers a million times?"

On Thursday, The Times published the last edition of the stand-alone Home section, but not before giving a final shout-out to the wacky cube clock. "Daylight saving time begins at 2 a.m. on Sunday," the story noted, "and in the spirit of springing forward, the interior designer Antonino Buzzetta, 30, went looking for stylish bedside clocks." (Right! He was going shopping for clocks already, and not simply because the New York Times asked him to be part of a puffy product feature.)

One of the clocks Buzzetta selected: Areaware's L.E.D. cubes. It looked so familiar that we visited Lexis.

Turns out the alarm clock first showed up in October 2006 as the Open Edition clock which gives the “the illusion that one might actually have power over time:” Damon told the paper that "You can play around with the order of the digits, and then time's completely out the window."

Almost exactly a year later (your stopped clock joke here), the Times' Home report posed this question: How do I choose a wall clock? Answer! "A more whimsical choice ... is the Open Edition clock ($85; mossonline.com), four movable, free-standing blocks that display the proper time when lined up correctly. Although it is not a wall clock, it is a great addition to a shelf."

The Times fluffed the clock again in November 2010, as part of a T magazine feature about up and coming designers, including Damon, by Monica Khemsurov. "Damon’s repertory of charmingly approachable products continues to swell," observed the Times, noting "an L.E.D. alarm clock composed of four rearrangeable black cubes, each displaying a single red digit, that was inspired by 1980s supercomputers."

Barely six months later, the clock and its designer showed up again: “Alarm Clocks Shopping with Jonas Damon” by Tim McKeough. That story -- not pegged to springing forward or falling back, as far as we can tell -- takes us on a journey from Soho to the Upper East Side with Damon in search of, wait for it, the perfect alarm clock.

It notes that: "In 1999, he designed (Damon) first one for Habitat, stripping down a standard digital alarm clock to its basic electronic components and exposing them in a transparent red box. A few years later, for Umbra, he created Digi, which displays hours and minutes in separate frames. In 2006, he split the digits into four stand-alone boxes, with the Numbers clock for Areaware."

We'll let someone else do the hard-hitting media criticism of searching Lexis to see how the Times covered Damon' breakthroughs in clock deconstruction before 2006. Or of asking, does this designer have any other clocks the NYT might recommend? He does! They have!

In Thursday's latest rave, interior designer Antonino Buzzetta opines that “a clock ‘should be more of an objet -- something chic, maybe vintage.’”

It’s an interesting tactic. Spend a decade reviewing a clock enough to make it chic, then praise the same clock a few years later as vintage. With genius like that, the Home section will stay in print forever. Oh, wait...