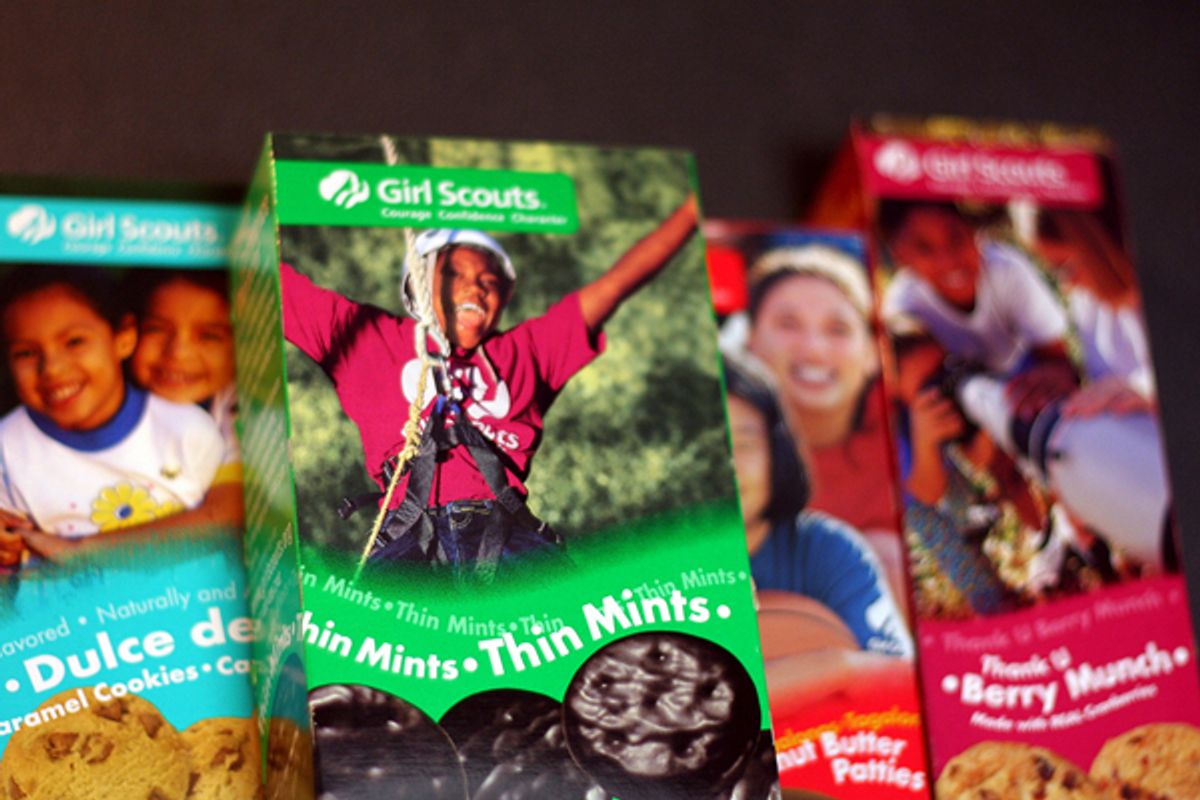 Earlier this week, religious right pundit and full-blown wingnut Kevin Swanson begged his listeners (for at least the second time!) to do the impossible: Stop buying Girl Scout cookies. As if the notion of voluntarily refraining from ordering several boxes of Thin Mints and Caramel DeLites (fine, "Samoas," whatever) weren't preposterous enough, Swanson's reasoning remains insane. Because the Girl Scouts promote "lesbianism," and turns all the little children selling cookies into homosexuals.

Swanson said on Wednesday's edition of "Generations Radio" that he isn't "backing away" from the "Girl Scouts issue" for the sake of all the "parents who really care about their little girls do not want them being lesbians at 24 years of age."

Apparently, by Swanson's estimation, 6 percent of parents spend their time actively hoping their children are gay, but "the average parent in America, I’m talking 95 percent of parents in America" -- good math there, Kev! -- "are not going to be keen on their kids growing up and becoming lesbians and homosexuals at 24 years of age." (I admit I was not aware that 24 was the lesbian turning point, but I'll let you know after my next birthday if all the sleeves of frozen Thin Mints I've eaten in my life have turned me gay.)

The point of all this? Well, do you want your daughter to become a lesbian? (Or to become a communist, for that matter?) Wait, wait, Swanson put it better: "Is it your objective that your kids be well indoctrinated in lesbianism and homosexuality such that they will become the future lesbians of America?"

Listen to Swanson rail against delicious baked treats, via Right Wing Watch, below: