America's "Ferguson" confusion: Why the problem has been completely misunderstood

The racist emails found by the DOJ are awful. But what ails Ferguson reaches well beyond the state of Missouri 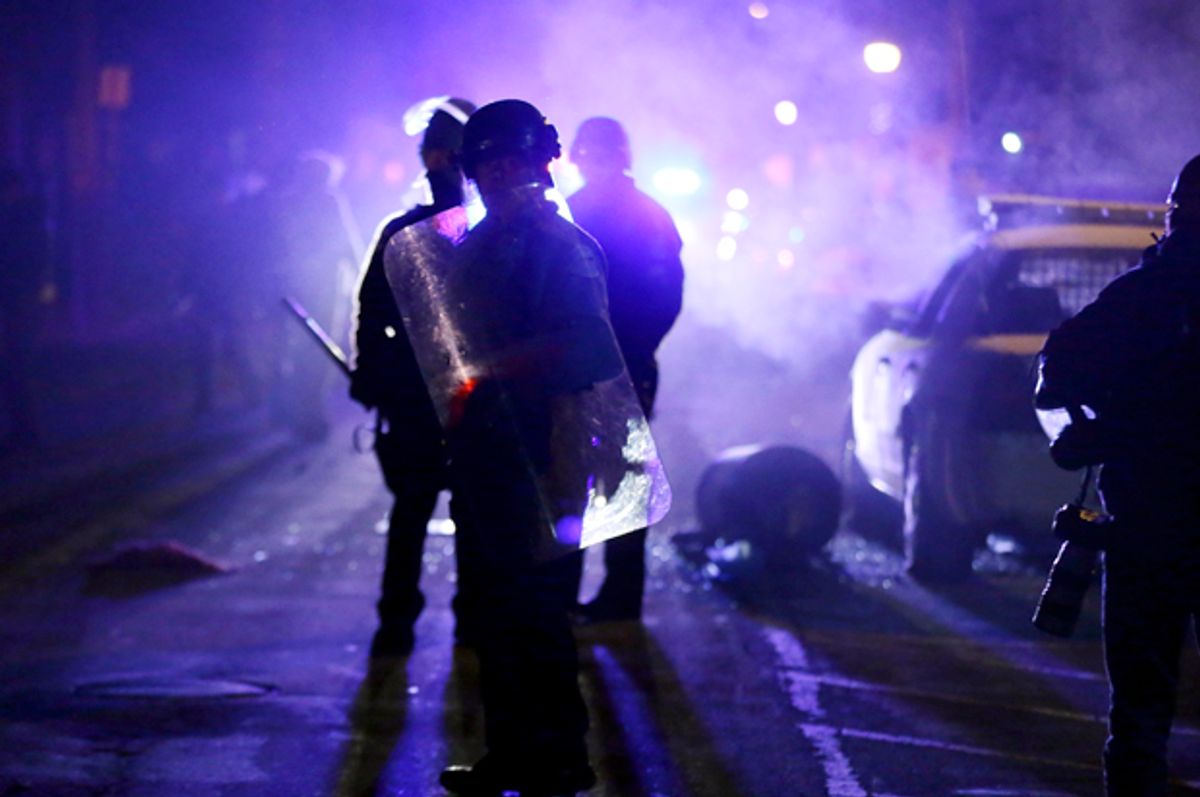 Before I had a chance to peruse the Department of Justice’s long-awaited report on the killing of Michael Brown by former Ferguson, Missouri, police officer Darren Wilson, I had three predictions. The first was that the DOJ would find the city of Ferguson’s finances to be a house of cards built upon a foundation of anti-tax absolutism and white supremacy. That’s what the Washington Post’s Radley Balko found last September, and while I may not share Balko’s libertarian politics, he’s a good journalist, and that report — which described the criminal justice system in St. Louis County as one “guaranteed to produce racial conflict, anger, and resentment” —  is an excellent piece of investigative work.

My second prediction about the DOJ report was that it would find the Ferguson Police Department to be rife with bigotry, which would manifest itself most conspicuously through emails filled with the kind of racist “jokes” that many Americans prefer to call “politically incorrect.” I guessed this not because I had any special insight into the office culture of the Ferguson PD, but because the embarrassing disclosure of racist jokes disseminated among employees by email has become a recurring media story throughout the Obama years. And if the problem is widespread enough to infect the self-styled Hollywood progressives at Sony, it’s hardly a stretch to figure it’s prevalent within a police force with as much historical baggage as Ferguson’s, too.

My third and final prediction, meanwhile, was that the media’s coverage of the DOJ report would devote much more attention to the second prediction (the racist emails) than the first (the systemic dysfunction); and that the response on the part of Ferguson’s civilian leadership would similarly concern itself more with “politically incorrect” jokes than with institutional corruption. I imagined that it would play out this way primarily because that’s how it always does. For a recent example, look no further than former Los Angeles Clippers owner Donald Sterling, who saw a decade-spanning empire, which was always fundamentally built on an edifice of bigotry, crumble because he was caught saying what any right-minded person already assumed him to think.

Well, now that the DOJ report has finally been released, and now that I can look back with the benefit of hindsight, the verdict is in. And wouldn’t you know it, I went three-for-three. The report says the Ferguson PD is structurally driven to extort its African-American subjects to fill budget gaps. It also says the Ferguson PD’s email server was a like an online Comedy Cellar for the kind of racist jokes that middle schoolers tell one another when trying to be edgy. And the media has since devoted far more time and digital ink to cataloging jokes unworthy of even Carlos Mencia than it has explaining how a municipality could allow itself to so obviously rely on a system of race-based plunder.

What’s more, the early indications from authorities in Ferguson suggest that I was right to expect their response to focus primarily on the nasty jokes. Ferguson Mayor James Knowles III, last seen informing the folks at MSNBC that his city suffered from “no racial divide,” was quick to respond to the DOJ’s damning report — by firing or placing on administrative leave three officers involved with the racist emails. While he refused to answer any questions, Knowles also informed the media that the police department had recently hired three African-American women, was launching programs intended to build a stronger relationship with Ferguson’s African-American communities, and would institute mandatory diversity training for staff. Knowles also mentioned a few administrative tweaks intended to make the city’s criminal justice system less rapacious, but he also said "there is probably another side to all of [the DOJ report's] stories." Gotta hear both sides.

Before you start trying to make “Isquith” and “Nostradamus” rhyme, however, you should be aware of a few realities (besides that being impossible, I mean). For one thing, I’d strongly suspect my predictions were widely shared by those in the American media who focus on politics and race because, again, this story is fundamentally nothing new. For another, not everyone in the media chased the shiny red ball of racist emails, which aren't even bad in themselves, anyway, but are simply too numerous. Lastly, while it’s very tempting to throw all of our culture’s shortcomings on these issues at the feet of the media — which, to be clear, is far from blameless — the press’s failures here are the result of larger, society-wide problems that are more deep-seated than our fondness for listicles or our penchant for calling others out.

Because, as Ta-Nehisi Coates implies in his response to the DOJ report, one of the major stumbling blocks separating the Fergusons of today from what a city in the United States is supposed to be is a level of historical ignorance and denial that makes confronting white supremacy head-on all but impossible. So long as the mainstream refuses to own up to the way race-based plunder is not contrary to but rather in concert with U.S. history, we will continue to understand racism as what happens when a bunch of mean cops sit around forwarding each other racist jokes. And until we’re willing to recognize that Ferguson is New York City is Los Angeles is Chicago and so on, fewer “politically incorrect” emails is all the change we’re going to get.