"Religion is all magical thinking": Professional skeptic The Amazing Randi has a moral duty to debunk

James "The Amazing" Randi spoke with Salon about "An Honest Liar," the new documentary about his life's work 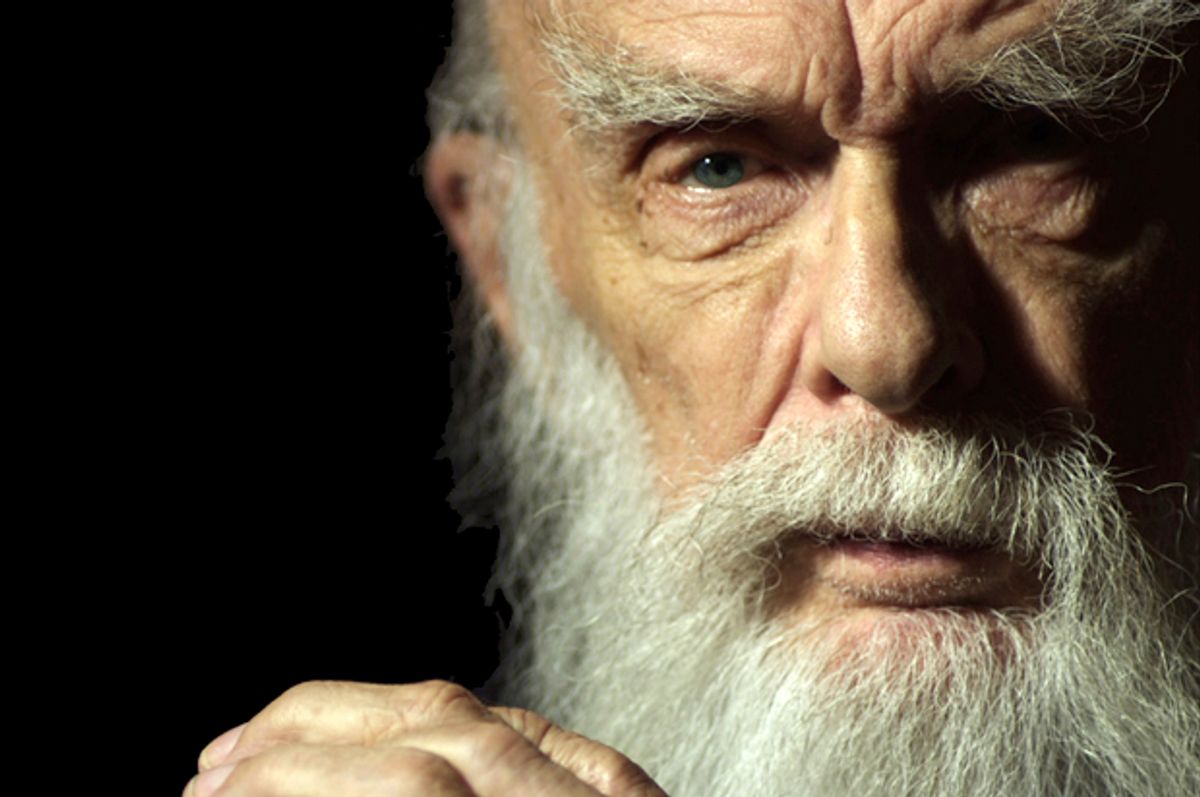 Magician. Escape artist. Exposer of faux psychics and trickster preachers alike. For over half a century James “The Amazing” Randi has been all this and more, charming the audiences of Johnny Carson’s "Tonight Show" while simultaneously invoking the wrath of folks like the (self-proclaimed) faith healer Peter Popoff and (self-proclaimed) psychokinesis-abled Uri Geller.

In Justin Weinstein and Tyler Measom’s extraordinary documentary "An Honest Liar," we get an up-close and personal look at this legendary showman whose greatest lesson in deception may lie closer to home. Salon spoke with the razor-sharp octogenarian prior to the film’s theatrical release (in New York and Los Angeles on March 6, with a national rollout to follow).

So what was it about Tyler and Justin that convinced you to allow them to make a documentary about you? You’ve led (and continue to lead) such an incredibly unique life I’m surprised a film hasn’t been made before.

I was approached by them to do the film, and I asked to see samples of their previous work. After seeing "Sons of Perdition" and "Being Elmo," I was convinced that these were the right people to do my documentary. They treated their subjects with respect, care, and had a real vision to tell their stories properly. I felt they could do the same for me.

It's difficult to find the proper match in creative endeavors, but we understood one another almost immediately. Just hours after my expression of dismay [during filming Randi learns that he himself may have been personally deceived] I contacted Tyler and Justin and told them, "Warts and all was what I said, and I have to honor that. Tell it all."

Does it ever frustrate you that you’ve spent most of your career engaged in a Sisyphean battle? After all, there will always be tricksters – because there will always be people who need to be deceived. Magical thinking and denial just seem to be an inherent part of our makeup.

Well, a bit, but just because we — as a species — will always be affected by a disease, it doesn't automatically mean that we are going to stop monitoring or treating it. It goes without saying that it's our civil and moral duty to stand up for the less fortunate and the victims in our society. It's our duty to provide them with tools so they can arm themselves properly in life.

Part of the "makeup" of a large proportion of the population is due to the influence of religion, which is all magical thinking, thoroughly well organized and well established.

Does it worry you that by exposing charlatans you’re also giving them free publicity? I’m thinking of the spoon-bending Uri Geller, who not only appears in the film, but claims that your attacks on his reputation actually helped his career.

Maybe, but that applies to anything. My focus is on informing people. That Geller response is Aesopian. My grapes are nourishing, tasty and satisfying. He can't reach them.

How has the Internet impacted your work? Is it easier to get away with trickery in an age of avatars? Harder when all information is merely a Google search away?

It goes both ways. On one hand, there is now more reliable immediate information available to people, but at the same time more unreliable information as well.

Critical thinking is the tool that needs to be taught to our kids so that they can prepare themselves to properly evaluate and scrutinize fantastic claims. The Internet is affected by commercialism and promotion, and should be handled with great care and caution. The basic facts – that’s reality – are still available.

After decades of unmasking some of the biggest frauds, who (or what) is left in your crosshairs now?

With the aforementioned Internet in place, no crosshairs are needed. I just fire away. I have no dearth of targets. They're right in front of me. Same old, same old: religion, tradition, grief, disease, reversals, failure – all of them seem to lead to easy escapes that can turn out to be traps.

My all-time goal has been to be an educator through my investigations. There's certainly no lack of research material! At my age I feel that if I've advanced critical thinking around the world, I've done my duty. Faces will come and go. What’s left are the principles and methodologies to discern, and to not become victims of the scammers, nor of our own impulses to automatically believe.