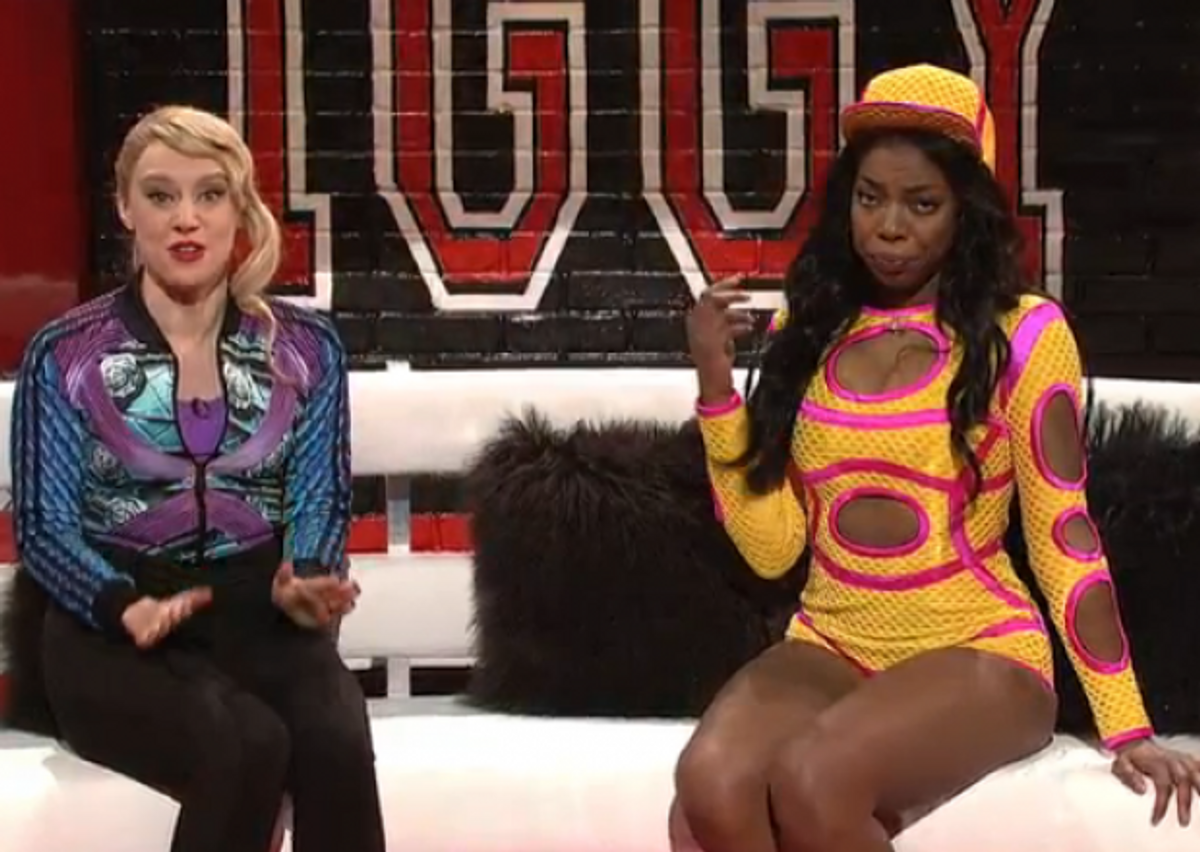 The Australian has been strongly criticized  -- perhaps most famously by Banks -- for co-opting black culture, and "SNL" not-so-subtly alluded to that critique throughout the skit, with Azalea stealing Banks' dance and, at another point, her hat.

After a decidedly over-it Banks told Azalea that she was ready to move on from their very public feud, Azalea welcomed Rafty onto the set. Going toe-to-toe with Azalea in sheer cringeworthiness, Rafty advised viewers that when they're scrambling for sounds to make when rapping, they should mimic "a gun sound like bang ban, click clack." The pair also suggested rapping lists -- like “sweet potatoes, bang bang, Lisa Lang." Finally, the twerking duo acted out Rafty's timeless maxim that “when your mouth gets tired of rapping, let your booty do the talking.”

Watch below, via NBC: