Naturally, she kicked things off with a Cosby joke 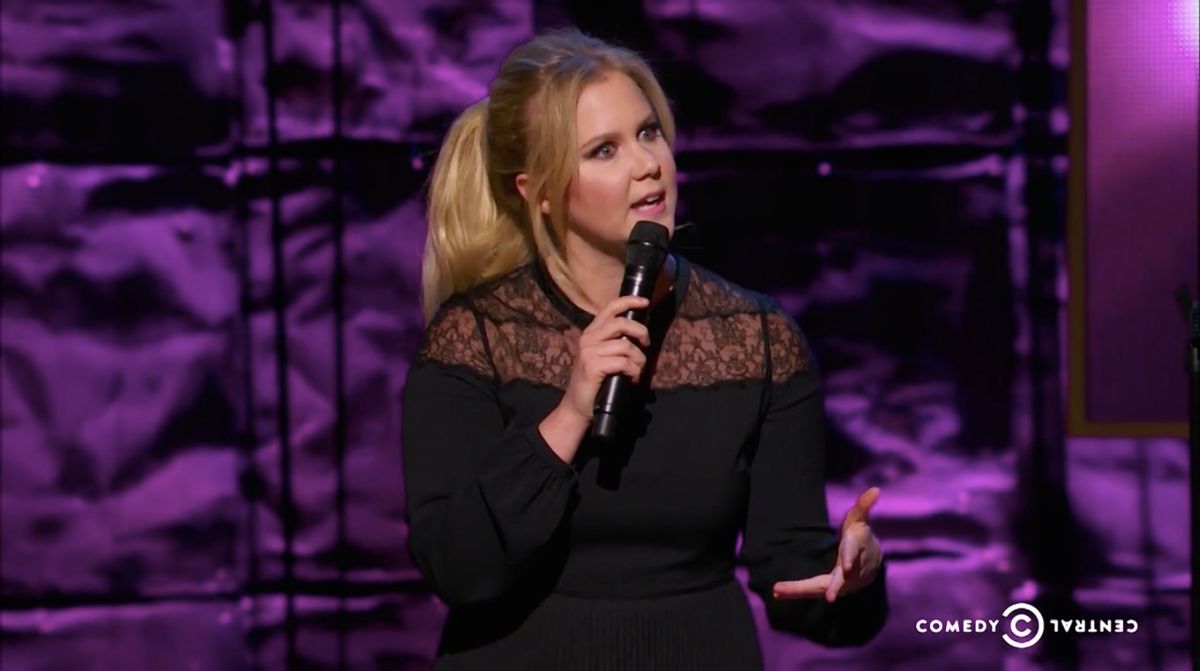 Last night, Amy Schumer did a 5-minute set at Comedy Central's "Night of Too Many Stars," and she was as hilarious and irreverent as ever, kicking things off with a Cosby joke before launcing into a hilarious bit about Hollywood's obsession with women's bodies and the double standard that female comedians face. As she puts it: "I get labeled a 'sex comic' just because I'm a woman. You know, I feel like a guy could get up here and literally pull his dick out, and everyone would be, 'He's a thinker!" Watch below: