Bill O'Reilly is the "head of the cult": Former Fox News host sounds off 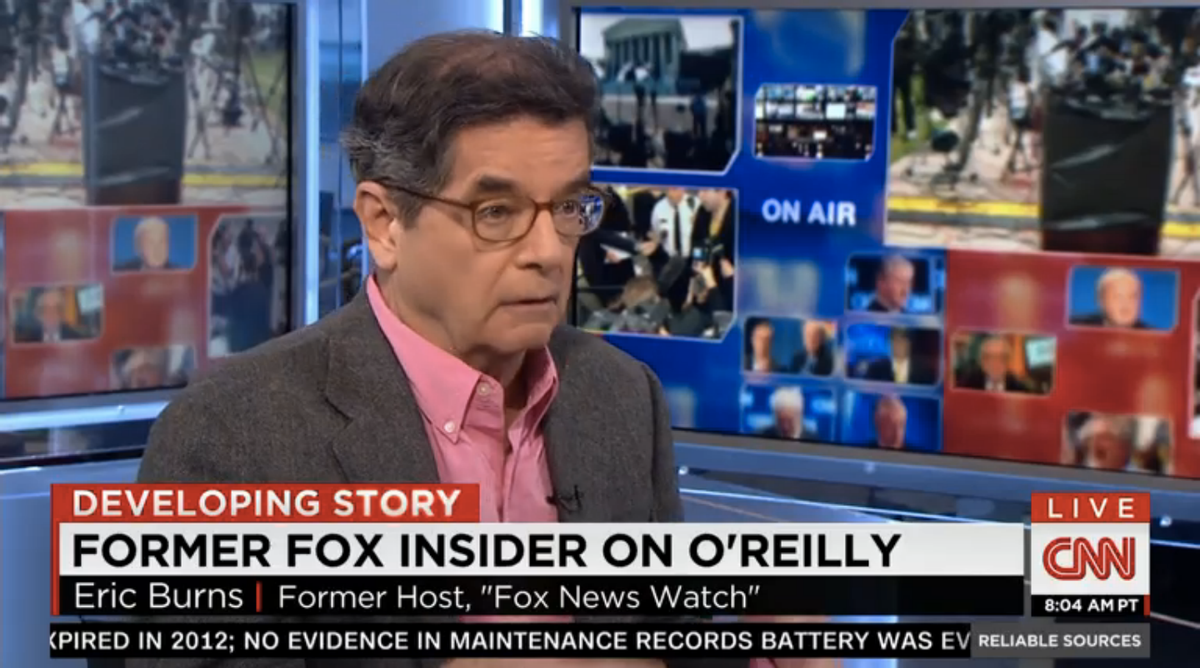 On Sunday's edition of CNN's "Reliable Sources" former Fox News host Eric Burns discussed allegations that Bill O'Reilly, the Fox News host who has been called the "King of cable news," fabricated a number of frequently-cited stories of his days as a reporter. In a conversation with "Reliable Sources" host Brian Stelter, Burns explained why he thinks O'Reilly has gotten away with his deceptive practices for so long.

"The people who watch Fox News are cultish," he said. "For many years conservatives were extremely upset in this country because the only newscasts they had to watch were liberal... they never had their own television station. When they got one, their audience loyalty soared."

"O'Reilly as the head of the cult is not held to the same standards as Brian Williams, who is part of the larger media culture," he continued, referring to the NBC News host's similarly disproven story that he was in a helicopter that sustained enemy fire in Iraq.

"If you're charged with lying and you say 'our ratings are up,' you're not answering the question of whether or not you're lying," Burns said, referring to Fox News and O'Reilly's recent deflection that their ratings are extremely high. "I think it's astonishing the way they're reacting... It's all ratings."