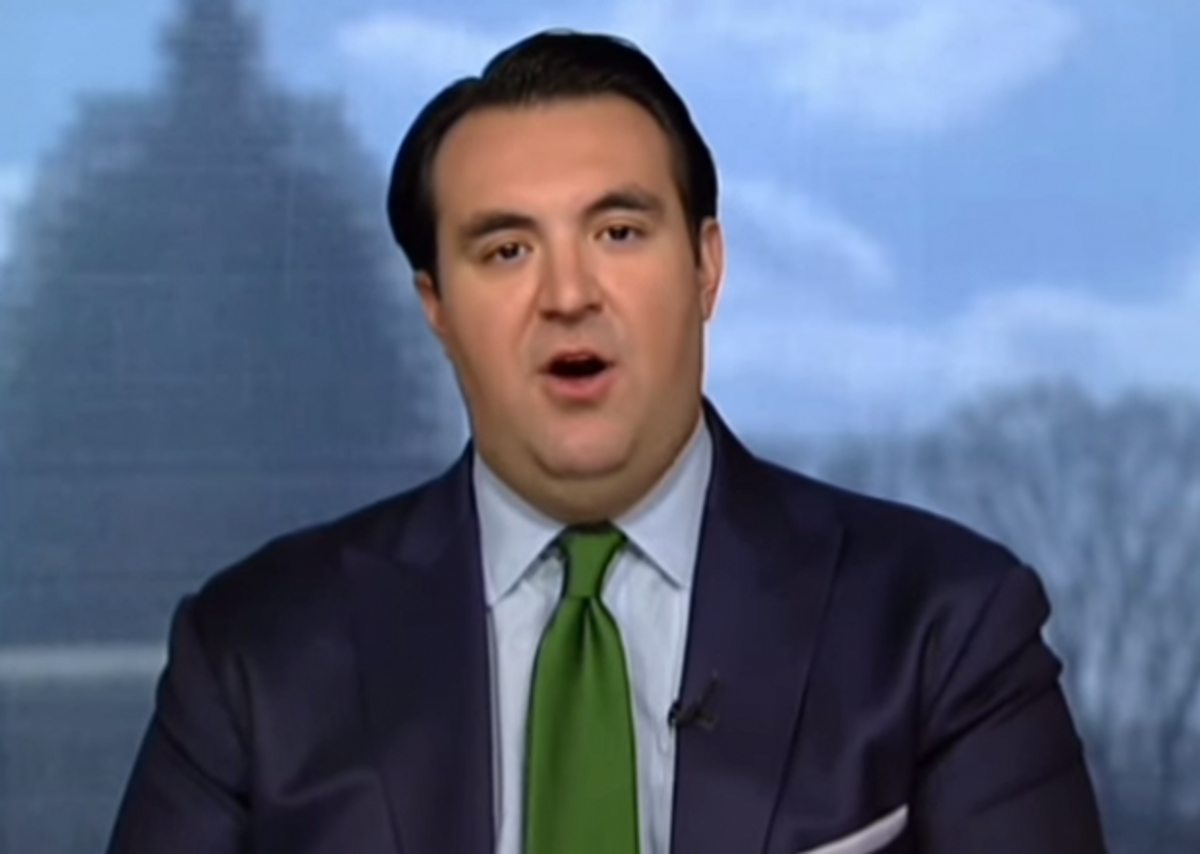 In a major coup for Jeb Bush, leading evangelical attorney Jordan Sekulow announced Friday that he had signed on as a senior adviser to the former Florida governor's Right to Rise political action committee, boosting Bush's bid to woo socially conservative voters as he embarks on an all-but-certain campaign for the presidency in 2016. The 32-year-old Sekulow, who helms the American Center for Law and Justice (ACLJ), will act as an emissary between Bush and a decidedly skeptical GOP base. In a statement provided to the Christian Broadcasting Network's David Brody, Sekulow pronounced himself "excited to begin a conversation with conservatives about Governor Bush’s pro-life, pro-family, tax-cutting record in Florida and the ideas we need to put into action to give every American a chance to rise up.” But while Sekulow's credibility in conservative circles will likely prove an asset for the Bush campaign, he has also been at the forefront of his organization's work to keep homosexuality criminalized in Africa, opposed abortion even when a mother's health is endangered, and espoused incendiary anti-Muslim views, a record that hardly conveys the "inclusive conservative" message his candidate professes to support.

A former operative for the presidential campaigns of George W. Bush and Mitt Romney, Sekulow is now executive director at ACLJ, an organization founded by televangelist Pat Robertson to serve as a conservative counterweight to the American Civil Liberties Union. Sekulow's father Jay, also a prominent social conservative, is ACLJ's chief counsel. As father and son aided Romney's second presidential bid in 2012, the pair came under scrutiny after Mother Jones highlighted their international work to criminalize abortion and homosexuality -- work that has expanded the ACLJ's tentacles everywhere from Kenya and Zimbabwe to France and Putin's Russia.

Jordan Sekulow has been particularly instrumental in ACLJ's African campaigns. Under his tutelage, the organization established the East African Center for Law and Justice in 2009, as Kenya prepared to debate a new constitutional framework. Aimed at convincing Kenyan lawmakers "to take the Christian's views into consideration as they draft legislation and policies," the EACLJ lobbied to ensure that gay sex remained illegal under the 2010 Kenyan constitution.  Although the draft constitution did not explicitly scrap the country's colonial-era statute against consensual gay intercourse -- violating the law risked a prison sentence of up to 14 years -- the left-leaning Political Research Associates explained in 2012 that the EACLJ feared the new constitution would effectively jettison criminalization. The draft featured sweeping rhetoric opposing discrimination, and while LGBT people were not listed as a protected class, both the EACLJ and LGBT advocates interpreted the anti-discrimination clause to encompass the right to consensual gay sex.

Sekulow also railed against a provision of the constitution allowing abortions when a mother's health is at risk; he denounced such a regime as "abortion on demand." The EACLJ, however, failed in its dual efforts to modify the constitution's anti-discrimination language and to scuttle the limited right to an abortion.

As Mother Jones documented, the ACLJ also sought to maintain the criminalization of homosexuality in Zimbabwe, a country ruled by the iron-fisted dictator Robert Mugabe since 1987. Unlike the Kenyan campaign, this lobbying campaign paid off, with the leaders of Zimbabwe's short-lived unity government agreeing that homosexuality should remain illegal.

The unity government, established shortly after Mugabe's fraud-tainted re-election in 2008, received enthusiastic support from Sekulow's corner. In 2010, he traveled to the country's capital, Harare, to meet with top officials in Mugabe's thuggish ZANU-PF party, in addition to religious leaders and then-Prime Minister Morgan Tsvangirai, Mugabe's 2008 opponent. In a Facebook post published after his visit, Sekulow called on the U.S. to begin a diplomatic rapprochement with the Mugabe-led government, and urged an easing of sanctions against Zimbabwe, which the U.S. had imposed in response to Mugabe's persecution of dissidents and other human rights abuses. Warning that Zimbabwe was at risk of becoming a predominantly Islamic nation, Sekulow stressed the importance of engaging Zimbabweans so as to ensure that theirs remained a "Christian country."

"The ACLJ has committed to the new Unity Government and people of Zimbabwe that we will be their representatives to the United States -- both our government and the church," Sekulow wrote.

Outside his official capacity at the ACLJ, Sekulow has weighed in on a number of hot-button social issues, often in decidedly inflammatory terms.

As his anxiety about Zimbabwe's religious character illustrated, Sekulow is a man haunted by the specter of creeping Islamization. Joining the crowd of conservatives convinced that Islamic law is gaining a foothold inside the U.S., he endorsed Oklahoma's constitutional amendment banning sharia -- a measure widely derided, even by some on the right, as the proverbial solution in search of a problem. The amendment has since been ruled unconstitutional.

In 2010, Sekulow was one of the most vociferous opponents of the proposed Islamic community center in Lower Manhattan, an ultimately never-constructed project that opponents tarred as the "Ground Zero mosque." Crusading against the center's construction, Sekulow tweeted that Imam Feisal Abdul Rauf, the ecumenically minded head of the proposed center, was, along with the rest of his crew, a terrorist:

During his fight against the Islamic center, Sekulow appeared on a stage with Geert Wilders, the far-right Dutch politician who has called Islam "the ideology of a retarded culture" and urged a complete halt to Muslim immigration to the Netherlands.

On gay rights, meanwhile, Sekulow's public statements largely dovetail with his organization's support for draconian anti-gay policies abroad. He opposes marriage equality in the U.S. and, during his tenure as a religion blogger for the Washington Post, approvingly quoted Biblical passages condemning homosexuality as perverted and abominable. There is one aspect of Sekulow's gay rights record that doesn't quite mesh the rest of his C.V.: In late 2010, he backed repeal of the military's ban on openly gay servicemembers, despite his previous support for the Don't Ask, Don't Tell policy.

While his new boss has not made Sekulow's brand of strident social conservatism a centerpiece of his nascent 2016 bid, neither has Bush staked out positions substantially at odds with those taken by Sekulow and the ACLJ. Though BuzzFeed's McKay Coppins has dubbed Bush the Republicans' "gay-friendly" candidate -- a designation based almost entirely on anonymous interviews with Bush associates who purport to know what the candidate really thinks about marriage equality -- Bush responded to the report by affirming that he still opposes the right of same-sex couples to marry. Even if he's not inclined to join fellow Republicans like Mike Huckabee in urging defiance of court rulings for same-sex marriage, it's not as if Bush is shaping up to be the kind of president who would exercise the power of his office to advance the rights of LGBT people.

Moreover, Bush firmly opposes abortion rights, parrots the standard conservative boilerplate about "family values," and, as his hiring of Sekulow and his recent meeting with Tony Perkins attest, he's a man very much determined to win over the religious right, even if their issues aren't quite the ones which animate his campaign. Perhaps Coppins' anonymous sources are right, and Bush is privately quite relaxed about issues like gay marriage. But he seeks to lead a party whose most fervent voters are not, and he's given us no meaningful reason to think that he plans to buck them.