Dan Savage challenges Ben Carson to prove being gay is a choice: "Suck my d***" 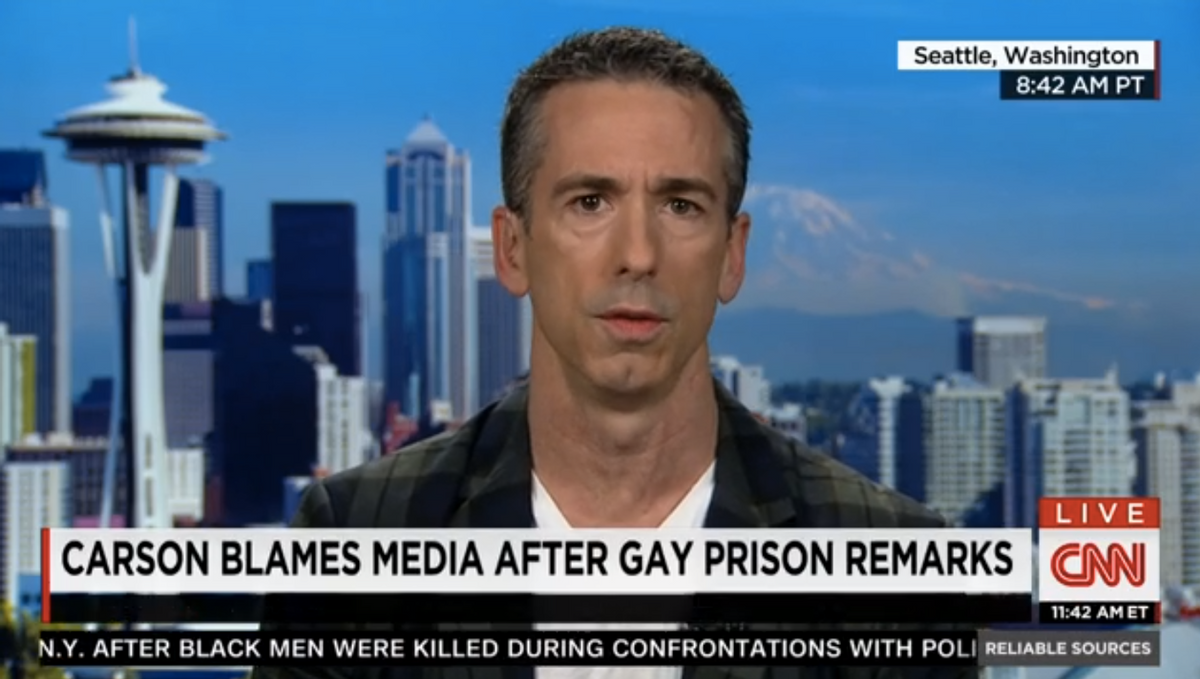 “Because a lot of people who go into prison go into prison straight — and when they come out, they’re gay," he told host Chris Cuomo. "So, did something happen while they were in there? Ask yourself that question.”

Following outrage, Carson apologized for these claims in a statement Wednesday. It wasn't going to suffice for The Stranger's Dan Savage, though, who fired back at Carson in a column that weekend: "If being gay is a choice, prove it. Choose it. Choose to be gay yourself. Show America how that's done, Ben, show us how a man can choose to be gay. Suck my dick."

Savage was not exempt from some public scrutiny of his own after these comments. The columnist joined CNN's Brian Stelter on Sunday where he was asked why he decided to "lower himself to that level."

"Sometimes you have to fight fire with fire," he said. "Sometimes to get the attention of someone like that -- to really make it clear to them -- how low and disgusting they're being, how vile they're being, you have to meet them on the field that they're doing battle. "

Expanding upon this blistering open letter and its "newsworthiness" in light of Obama's recent Selma speech, Savage said:

“What religious conservatives and Republicans are really saying when they say that being gay is a choice is that gay or lesbian — queer people — shouldn’t be covered by civil rights laws, we shouldn’t be protected under the 14th Amendment, that the Bill of Rights doesn’t apply to us because being gay is not an immutable characteristic, it’s a choice that we’ve made.”