“Sluttery feels so negative": The "Broad City" women explain where they draw the line 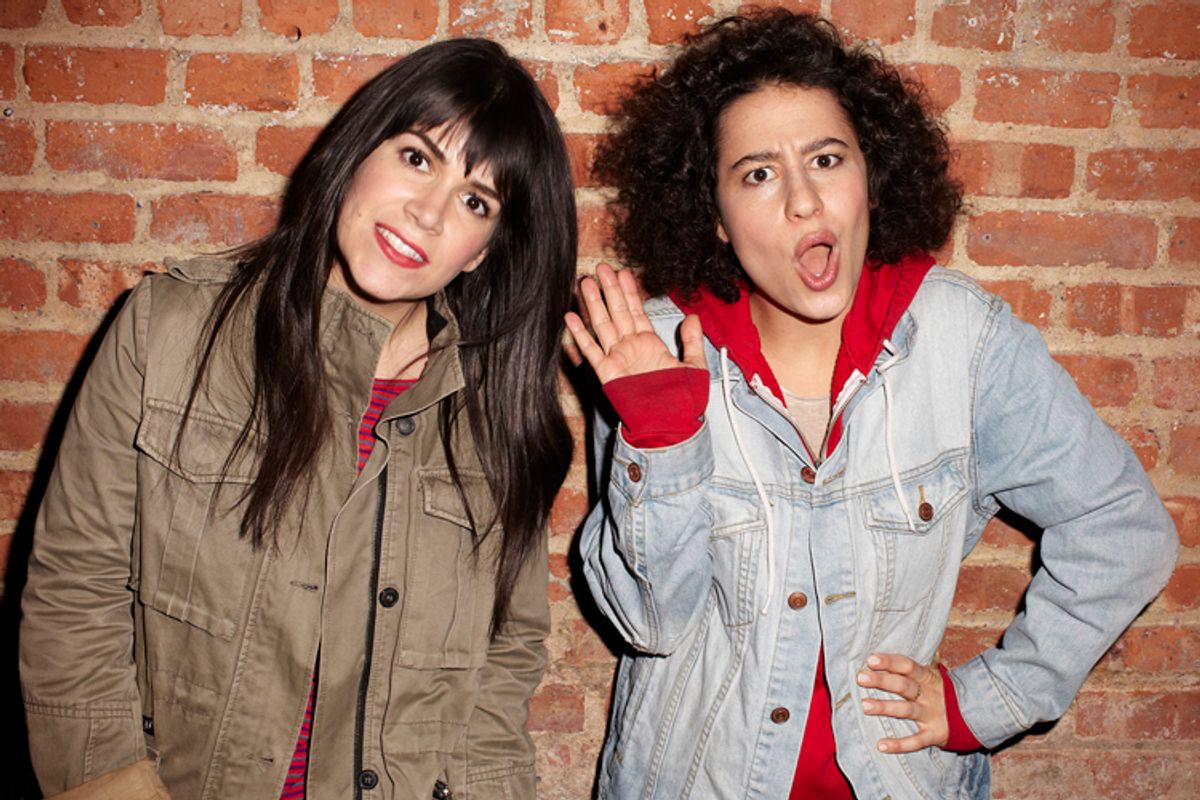 But, in fact, there are a few places. New York Magazine's March 9 cover story on Jacobson and Glazer helps distinguish the creators from their creation. Despite the frenetic tone of the show, the profile is an important reminder that the two are running a business. They're thinking critically about how every joke comes off. Glazer even says at one point that smoking a joint in the writers room would be quite irresponsible.

That in mind: It's not totally surprising that some fans are unable to detach these women from their on-screen personas. Take for example, Lauren, the fan in the profile who encounters Jacobson and Glazer out in the wild and can't resist serving up some unsolicited comedy suggestions. (Thought process: "They're probably down to chat and hear my opinions!")  At first, Glazer seems really responsive to the feedback and, maybe, genuinely into it (?) but things escalate quickly and before the two know it, Lauren is pitching some jokes that Glazer feels totally uncomfortable with as a white person. They cross the line.

Her last idea is to put a "fun" spin on the n-word — a cringe-worthy suggestion that prompts Glazer to explain that she's "white as fuck" and would feel uneasy including that in her show. (Plus, as author Jada Yuan points out, "tiny black people" is a topic that had already been delegated to Donald Glover to address on the show.)

“We could, but I don’t want to,” says Glazer. “Sluttery feels so negative,” says Jacobson.

“I mean, I like sluts,” says Glazer. “Well, it was awesome meeting you! Thank you so much for all of this material.”

Jacobson steps out into the street to hail a cab and is surprised to see Glazer right by her side. “I’m scared for my safety,” Glazer says in her terrified-baby voice. They hop in together.

The profile, which you can read in full here, is a fascinating examination of this line that the two friends and business partners grapple with every day while navigating the comedy world.