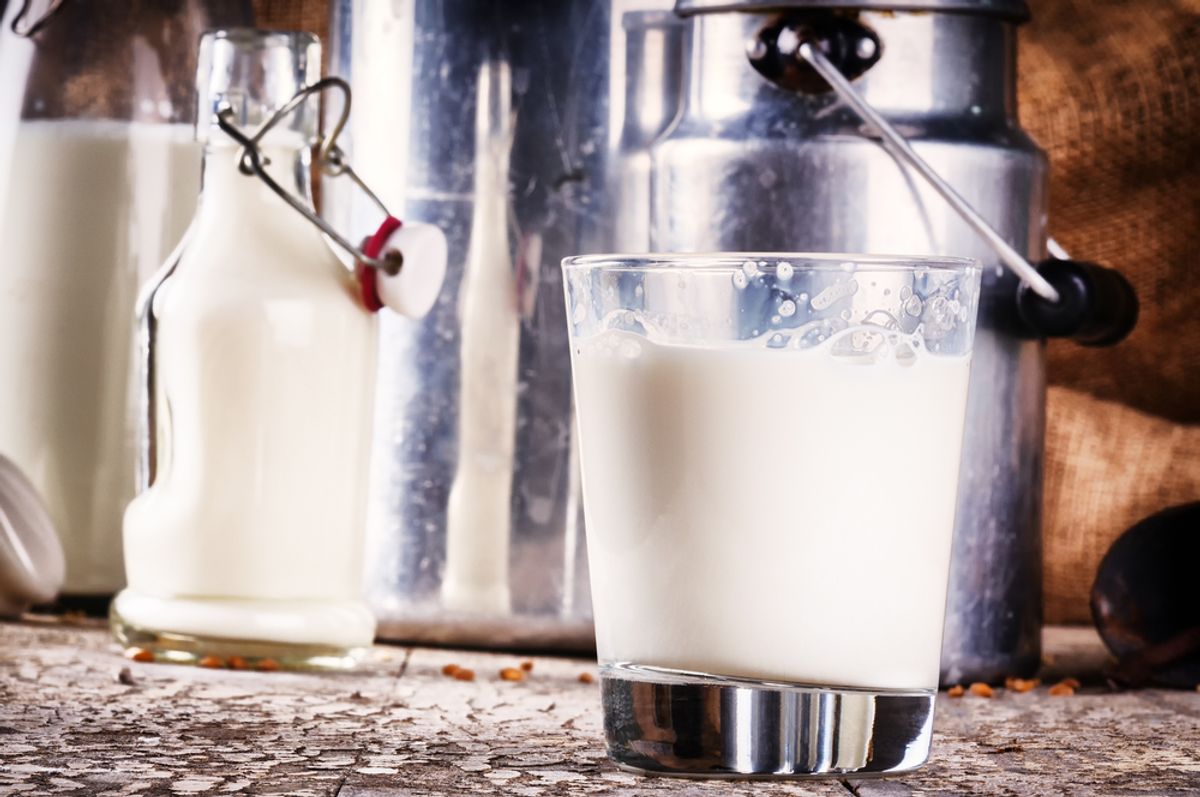 This post has been updated with comments from the National Milk Producers Federation.

The misuse and overuse of antibiotics in livestock is a system-wide problem, but the most immediate potential for danger comes from dairy cows: drugs administered to the lactating animals turn up in their milk, a food-safety risk for the consumers who drink it. And according to a recent report from the FDA, some dairy farmers have figured out a way to get around FDA regulations and put contaminated milk on the market.

It's admittedly very few farmers who are doing this: in samples taken from nearly 2,000 dairy farms, only .78 percent tested positive for antibiotic residue, a result the FDA calls "encouraging" and good reason to trust the safety of the U.S. milk supply.

But NPRs' Dan Charles points a worrisome aspect of those tainted samples: each was found to contain illegal antibiotics -- meaning farmers are using them to escape detection.

There are six antibiotics that are approved for use; farmers are permitted to use them to treat sick cows so long as they refrain from packaging those cows' milk for several days, until the drugs are no longer detectable. The FDA monitors milk shipments to ensure that that's the case. The drugs that showed up in the FDA's tests, however, include florfenicol, ciproflaxacin and sulfamethazine -- the former two of which, researcher Mike Apley told NPR, are "totally illegal" for dairy famers to treat cows with. The others are permitted under strict, approved conditions, and definitely aren't allowed to turn up in milk.

None of the drugs that showed up in the FDA's tests are routinely tested for, the report states. That they're unapproved, moreover, means the agency "has not evaluated the use of these drugs in lactating dairy cattle, including whether milk from treated cows is safe for human consumption."

The report is the culmination of a controversy first sparked in 2011, when federal inspectors voiced their concerns about illegal levels of antibiotics being detected in older dairy cows sent to slaughter, an indication of poor management practices that could also be leading to the contamination of the milk supply. “Consumers certainly don’t want to be taking small amounts of drugs every time they drink milk,” Caroline Smith DeWaal, the food safety director of the Center for Science in the Public Interest, said at the time. “They want products that are appropriately managed to ensure those drug residues aren’t there, and the dairy farmer is the one who can control that.”

The results suggest that consumers likely aren't encountering antibiotics every time, or even most times, they drink milk -- but also that dairy farmers can indeed get around FDA regulations. Since this was a blind study, none of the rogue dairy farmers will be reported. But in the future, the FDA is considering updating its monitoring activities, and could potentially start testing for a wider variety of drugs.

Christopher Galen of the National Milk Producers Federation points out that the tests were done on raw milk -- not finished products. "We don’t know the story behind those 15 samples," he told Salon. "But the likeliest scenario is that the extra label drug use option was pursued to save the life of the cow when an earlier treatment wasn’t successful.  Most of these drugs are intended to treat respiratory infections in cattle."