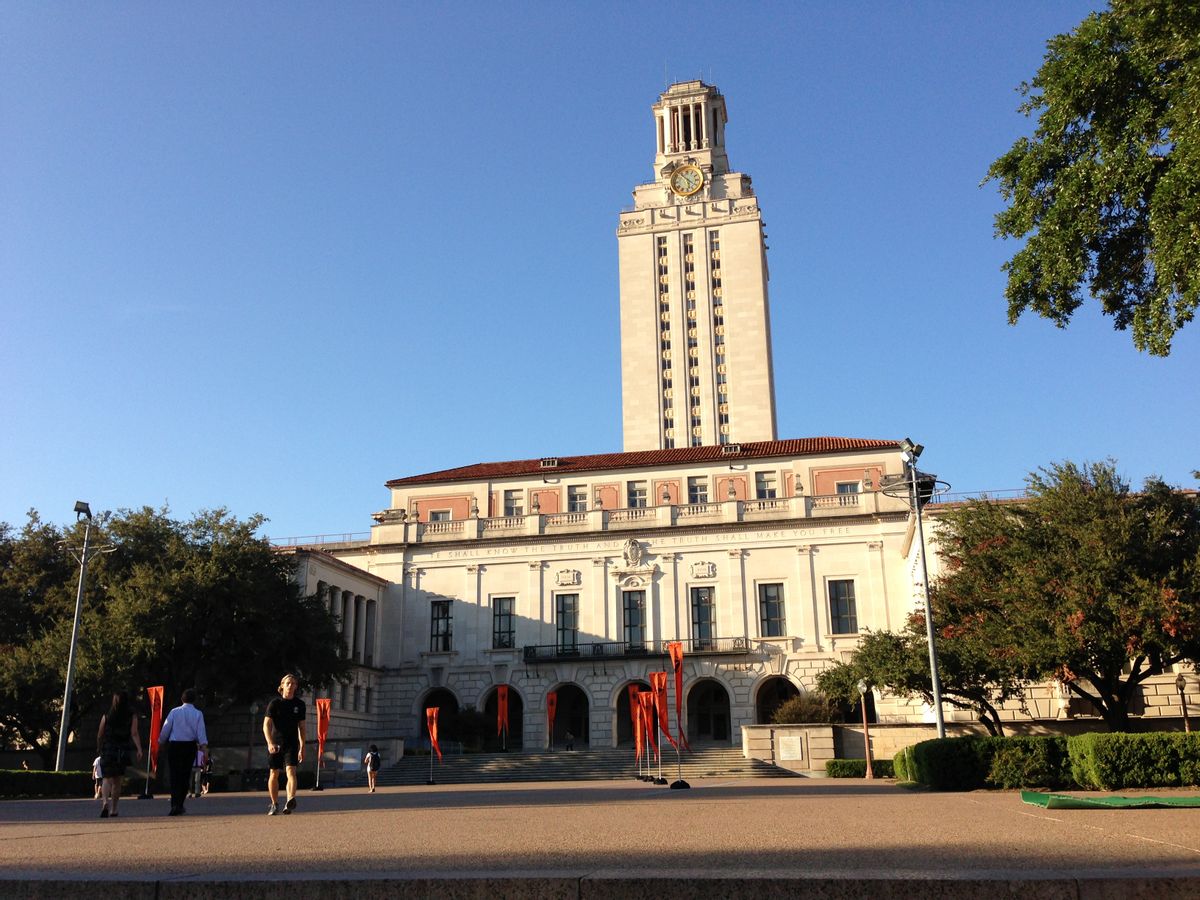 Editor's note: This story has been corrected to reflect that the list of rules in question is several years old and believed not to have been issued by Texas Phi Gamma Delta, according to a University of Texas official.

The very same week the University of Oklahoma drew criticism over students chanting racial slurs at one of its fraternities, its rivals at the University of Texas are still under fire for some equally appalling recent behavior -- which, it seems, has yet to be dealt with by university officials. The Phi Gamma Delta fraternity at UT-Austin -- better known as "Fiji" -- is being called out for reportedly re-circulating a dated list of "confidential" rules for members, which range from "respect the house" and "respect the ladies" to "no interracial dating" and "no Mexicans."

The fraternity, which came under fire last month for throwing a "western" (aka "border patrol") party that included an array of racist costumes, has been accused of outlined a detailed list of prohibitions without performing spellcheck, banning "fagetry," "deuschbags" and "quiting" (also referred to as "no being a pussy"). The list appears to be a hoax, but highlights a larger cultural problem at the school.

Over 1,000 UT students petitioned to have Fiji punished for the "border patrol" event, sparking a university investigation that ultimately resulted in UT's decision not to take punitive action against the fraternity. In a statement on its official Twitter account last month, the university offered up only a political response, saying: "While the behavior doesn’t mirror UT core values, it’s within students’ right to freedom of speech at private off campus event."

This is essentially the opposite approach OU took on Monday, when university president David Boren issued a strong statement condemning the school's chapter of Sigma Alpha Epsilon and severing ties with the fraternity for its racist behavior. Boren called SAE "disgraceful" and charged members with having "misused their free speech in such a reprehensible way," as well as having "violated all that we stand for."

I've disclosed more than once for this website that I am a proud Texas Longhorn and that I bleed burnt orange; like any good UT alum, I'll tell you anytime that "it's X time of day and OU still sucks." I am never going to write a take that criticizes Texas for being a crazy conservative loony-land full of garbage people, because much of the time it's an inaccurate characterization. At times like this, of course, it certainly doesn't seem that way. I don't know if I have to disclose my bias to say that the comparison between the way UT and OU have each handled racist fraternity incidents doesn't just reflect poorly on the University of Texas; it's disgraceful.

Whether or not the Fiji document shows real rules the fraternity has issued or enforced, UT has already exhibited a disturbing tolerance for racism in writing off organized bigotry as basic free speech. OU did not deny that SAE's racist chant was free speech, but it also didn't deny that the sentiment was reprehensible. That sort of response is one from which the University of Texas could and should learn a great deal.