And they give adorable shoutouts to their moms 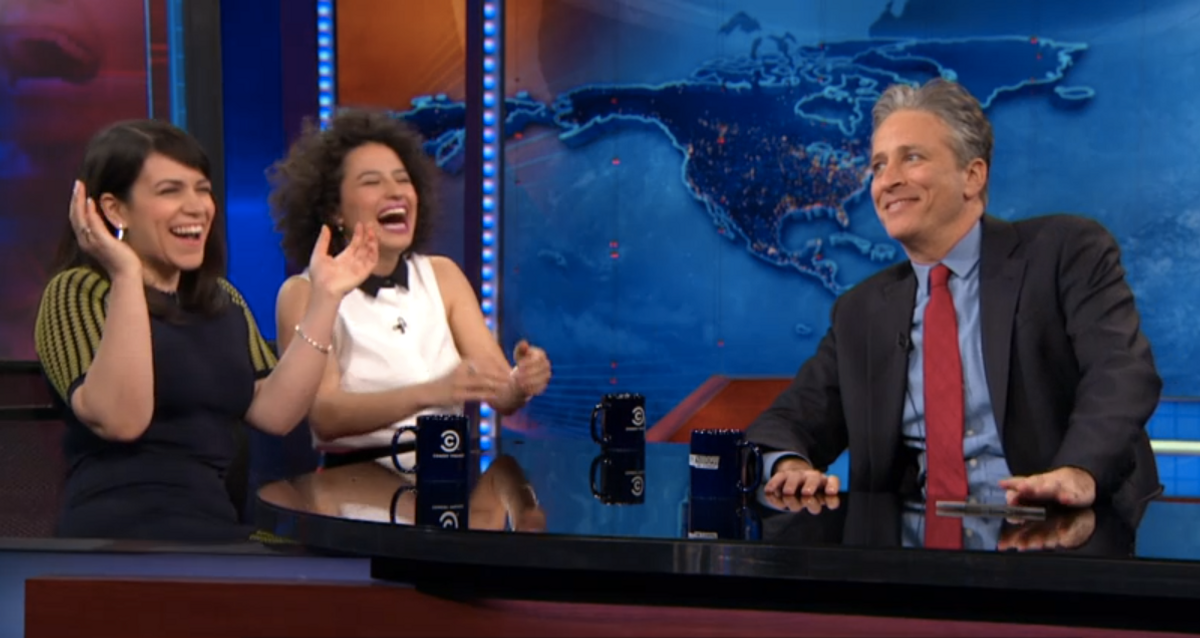 The guest segment on Tuesday night's "The Daily Show" was damn near perfect. Host Jon Stewart absolutely kvelled over "Broad City's" Abbi Jacobson and Ilana Glazer. And it was flipping adorable.

The "Broad City" stars explained how they started their web series, which eventually became the Comedy Central show, and told hilarious stories about manning the phones at "Night of Too Many Stars."

The three then gave shoutouts -- that matched their personalities -- to their moms. Watch below: