Rep. Sarah Davis fought back against her party in defense of cancer screenings for thousands of low-income Texans 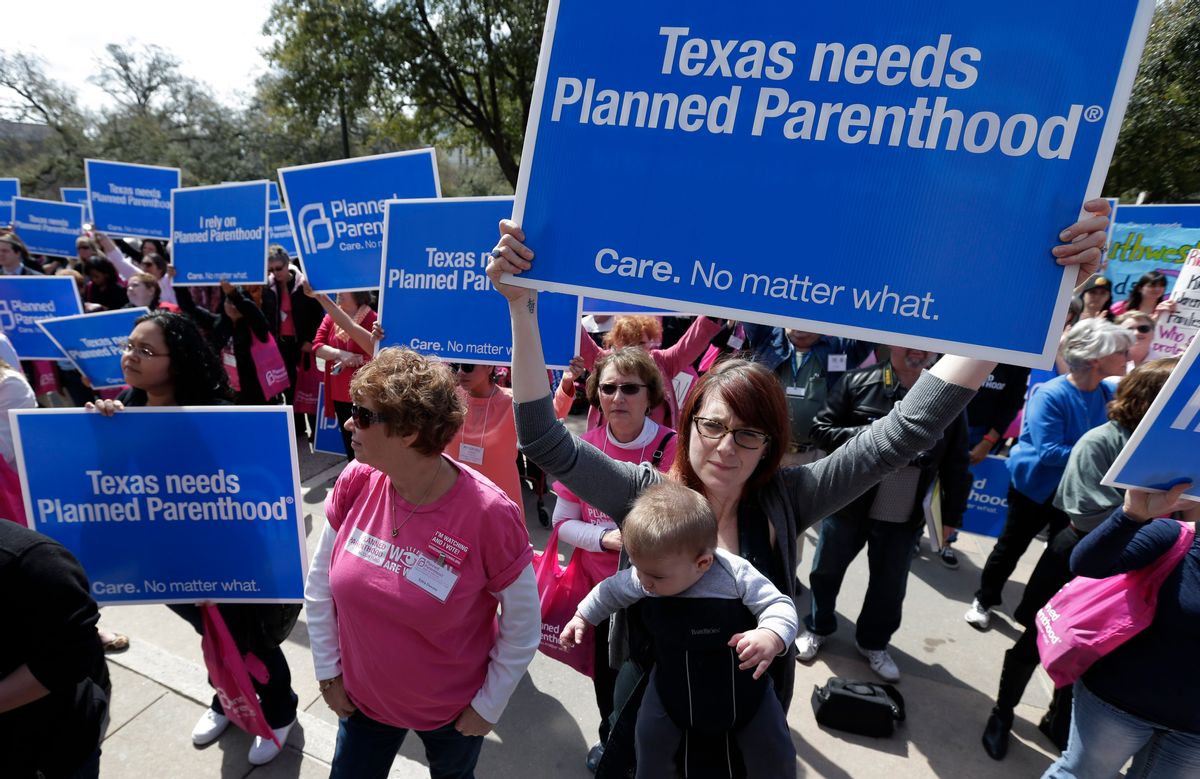 A Texas Republican took a bold stand against her party's efforts to gut funding for Planned Parenthood this week, telling a House budget panel that without access to cancer screenings and other basic healthcare, thousands of Texans' lives will be put at risk. State Rep. Sarah Davis was outspoken on Tuesday in her opposition to a senate plan that would reallocate cancer screening funds for the state's low-income women's health program, which would likely cause dozens of health clinics in some of the Texas' poorest areas to close.

"I don’t think it is appropriate to continue to fund the women’s health program so that we can make some type of a political statement as Republicans that we care about women, only to chip away at the safety net of the providers," Davis said. "If we don’t have the provider network, women cannot be served. And they will die."

According to the Texas Tribune, Davis introduced a measure that would effectively wipe out the proposed budget plan, which institutes funding tiers for clinics that provide cancer screenings that sharply limits that cash available to private specialty clinics such as Planned Parenthood. Introducing the proposed budget in January, GOP State Sen. Jane Nelson, who crafted the proposal, was transparent about the basis for the new funding structure: "There are many members that feel very strongly that the facilities that receive that funding should not be facilities that are performing abortions, so the answer is: Don’t perform abortions and you get the money."

Davis' alternative proposal, which the House budget panel approved this week, eliminates changes to the cancer screening program with the justification that the federal government would likely oppose the tiered system -- and, as a result, withdraw millions of dollars of federal funds Texas needs for its health program. But the GOP lawmaker isn't just concerned about the $8.8 million or more Texas could lose if it defunds Planned Parenthood; she's worried about the potential loss of Texan lives, and her saying so is critical.