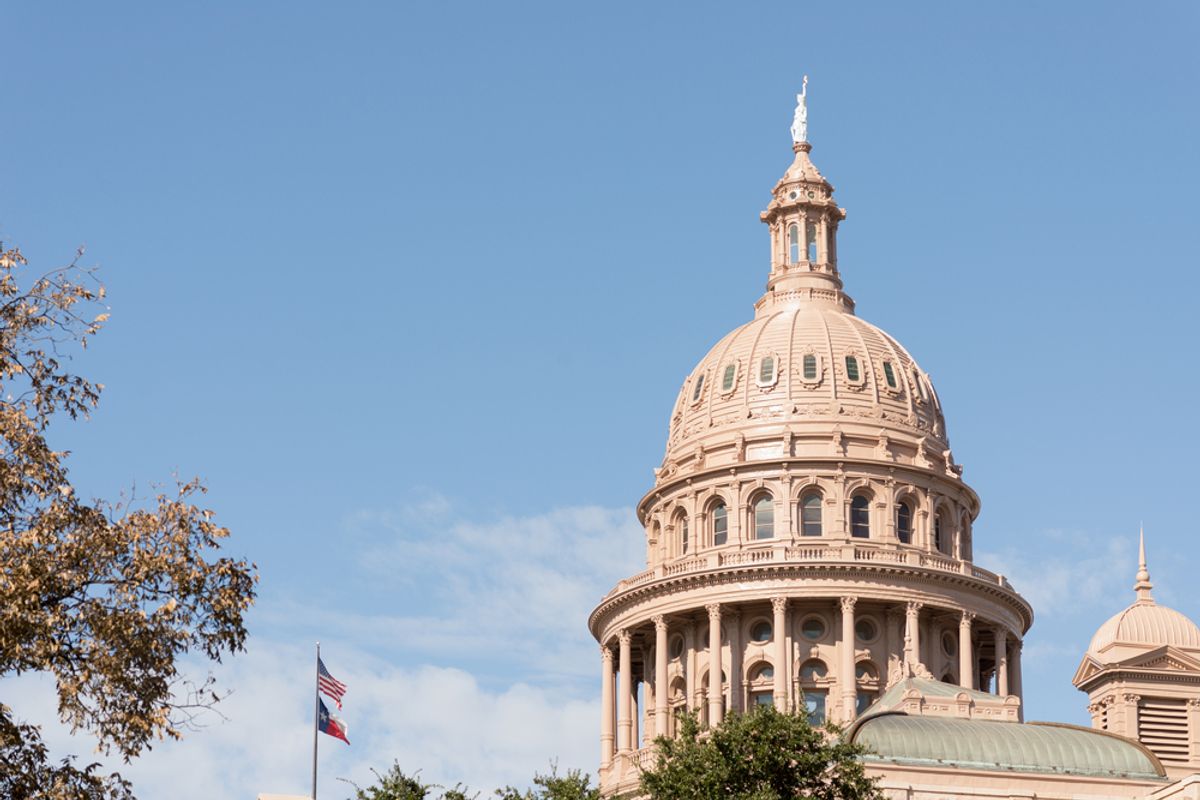 A Texas GOP lawmaker caused quite a stir at the state capitol Wednesday morning, over the removal of a nameplate reading "FORMER FETUS" that had been hanging outside his office. State Rep. Jonathan Stickland charged his colleague, Charlie Geren, of trying to intimidate his staffers by removing the sign, one of several that appeared around the capitol this week courtesy of the antiabortion group Texas Right to Life.

Stickland -- who identifies as "a Conservative Christian Republican" on his website -- posted a message on Facebook saying that he posted the plaque in honor of Planned Parenthood's annual lobby day, to indicate that he is "#prolifeandproudofit."

But, according to the Texas Tribune, the sign didn't stay up long, and Geren admitted to removing it Wednesday morning. Stickland reportedly took issue with the manner in which his colleague removed the sign, which is purposely similar in appearance to the plaques that hang outside most capitol offices:

"It's just been ripped down and thrown in my staffer's face by Charlie Geren," Stickland said, referring to the Fort Worth Republican who chairs the House Administration Committee.

“I thought it was absolutely handled in the wrong way," Stickland added. "I wish Rep. Geren was more professional about it instead of intimidating my staff.”

Calling Stickland's account inaccurate, Geren said he simply removed the signs because they were in violation of rules from the State Preservation Board, which is responsible for making sure the Capitol grounds are maintained.

"Tearing them down is hardly the deal," Geren said minutes after Stickland shared the story on Twitter. "If Stickland wants to act like a child, that's fair, but I did not rip it down."

Well, one thing is for certain: identifying himself as a former fetus means Stickland has publicly said at least one medically accurate thing about abortion.