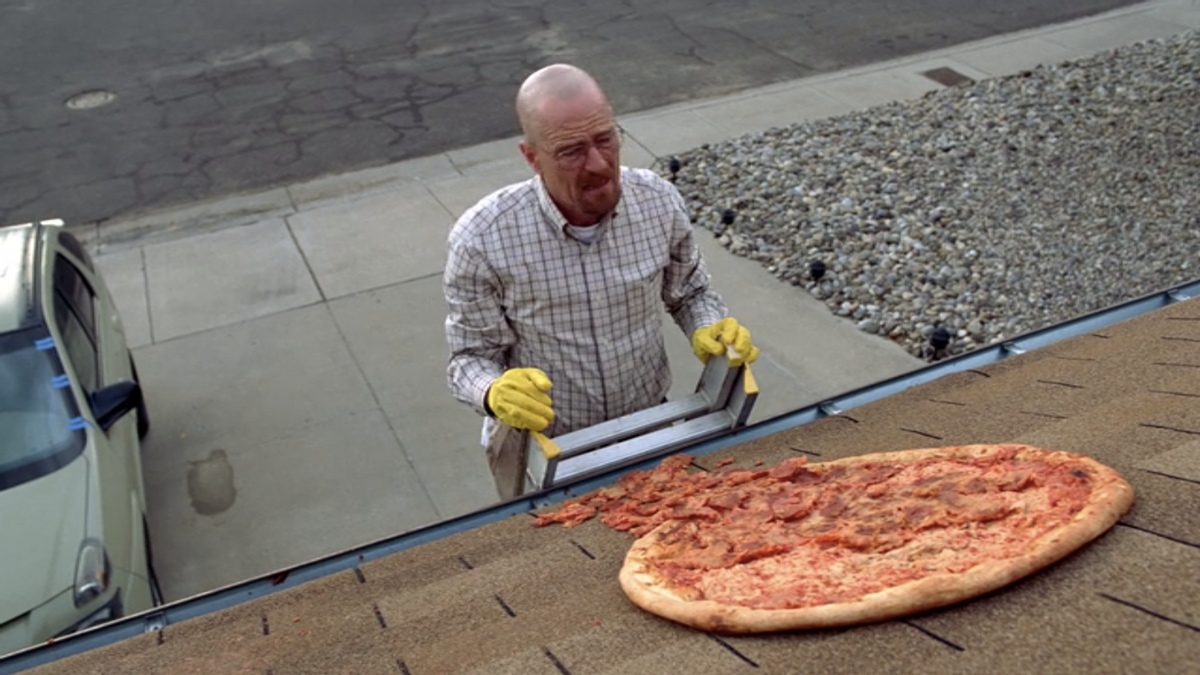 "Breaking Bad" fans will recall one particular episode (Season 3, episode 2) in which Walter White hurls a pizza pie on the roof of his Albuquerque residence. Turns out, this scene has caused a rash of tourists to visit White's home -- years after this episode aired, even -- and attempt to recreate the iconic scene.

This wouldn't be that big of a deal if not for the fact that a couple is currently living in the house.

"The lady who lives in that house -- she and her husband -- are the two nicest people in the world and they deserve to be treated well," Gilligan said. He went on to say: "There is nothing funny or original or cool about throwing pizza on this woman's roof."

The current residents haven't been bothered by tourists stopping by in the past -- but according to Gilligan, recently tourists have been wandering around the property and being rude to them when asked to vacate.

The creator and head writer closed by urging everyone considering stopping by for a visit to give these people and those in the neighboring homes the respect and privacy they deserve.

Listen to the full statement at 3:17: