"We're the world's most deliberative body, and yet we're f**ing nuts!" 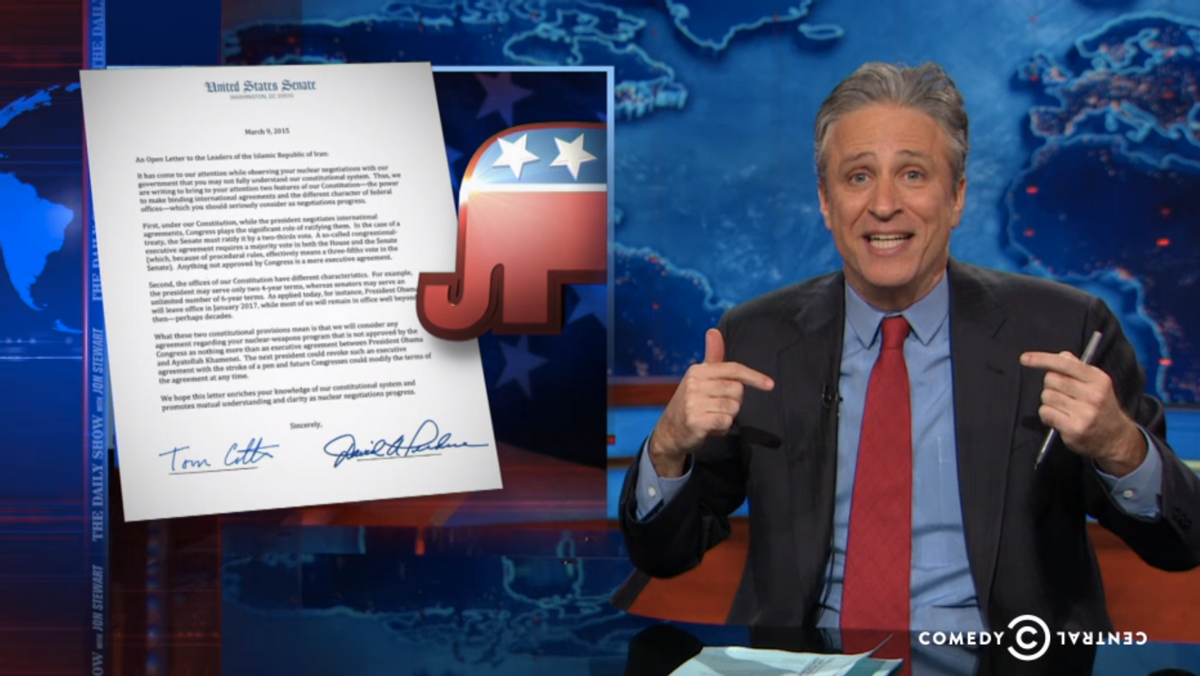 On Tuesday night, Jon Stewart went on a spirited rant about the open letter to Iran signed by 47 Republican Senators -- blatantly trying to undermine a nuclear agreement.

Stewart continued with a little song and dance: "We're the world's most deliberative body, and yet we're fucking nuts!"

Of course there was plenty of mocking to go around on both sides of the aisle, as Stewart looked back to 2007 when Speaker Nancy Pelosi visited Syria without the blessing of President Bush.

Stewart concluded that at the end of the day, the President and Congress would "each rather deal with the Ayatollah than each other -- you know, someone they can work with."