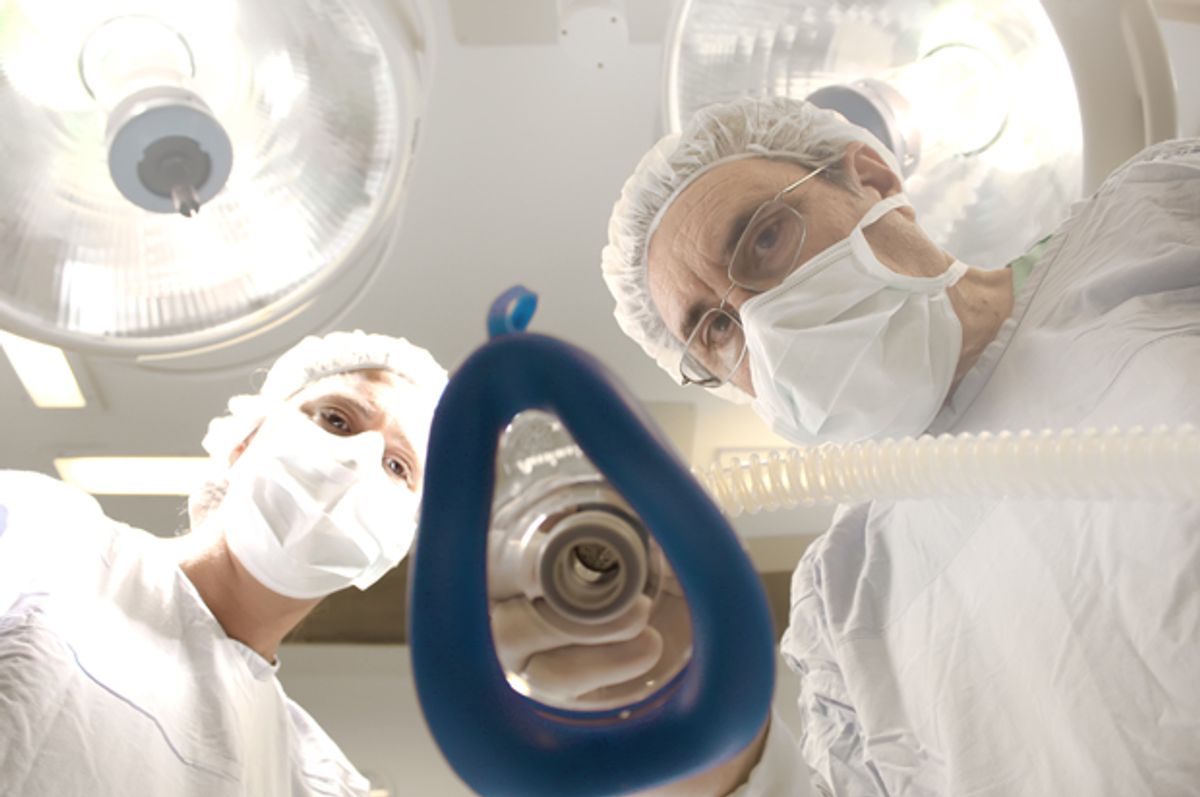 Lawmakers in Montana are taking the pseudoscience of “fetal pain” to new lows with a measure that would require the use of fetal anesthesia in abortions performed after 20 weeks. "The question of when pain control and anesthesia should be required is pertinent and is timely," Republican state Rep. Albert Olszewski said Wednesday as the bill was debated by the House and Human Services Committee. "Based on the scientific research accomplished and published over the last three decades, the answer to this question is when the unborn child is 20 weeks gestation or older."

But that is not, in fact, the answer. The Journal of the American Medical Association, the American College of Obstetrics and Gynecologists, the British Royal College of Obstetricians and Gynecologists and researchers at institutions from Harvard University to University College London have repeatedly concluded that the evidence just isn't there to support claims about fetal pain before the third trimester.

From the Journal of the American Medical Association (emphasis mine):

Evidence regarding the capacity for fetal pain is limited but indicates that fetal perception of pain is unlikely before the third trimester. Little or no evidence addresses the effectiveness of direct fetal anesthetic or analgesic techniques. Similarly, limited or no data exist on the safety of such techniques for pregnant women in the context of abortion. Anesthetic techniques currently used during fetal surgery are not directly applicable to abortion procedures. [...]

Because pain perception probably does not function before the third trimester, discussions of fetal pain for abortions performed before the end of the second trimester should be noncompulsory. Fetal anesthesia or analgesia should not be recommended or routinely offered for abortion because current experimental techniques provide unknown fetal benefit and may increase risks for the woman.

In plain English: the neural structures necessary to feel pain have not yet developed at 20 weeks, and fetal anesthesia may pose unnecessary risks. But the medical consensus is hardly the point of the measure. Providers in the state view Olszewski’s bill as a transparent effort to further restrict access to abortion in the state.

"Let's be honest about the intentions of HB479,” Brittany Salley-Rains, outreach and education coordinator at Blue Mountain Family Clinic in Missoula, told the Associated Press. “This bill is masquerading as a compassionate effort to prevent pain and suffering, when in fact it would create it for women in Montana."

Beyond being medically unnecessary, the measure would increase the cost of abortion at 20 weeks by requiring the presence of a neonatal anesthesiologist during the procedure. Abortions after 20 weeks account for only 1.5 percent of abortions performed each year, but they can cost upwards of $1,000, an expense that is already prohibitive for many people in need of care.

But there’s another consequence of injecting the phony science of fetal pain into public debates about abortion care: creating a climate of fear among patients. Montana has not moved to ban abortion at 20 weeks, but several other states have. And House Republicans, led by Arizona Rep. Trent Franks, reintroduced a 20-week abortion ban back in January. The language of fetal pain at 20 weeks was central to their defense of the measure. The Montana bill relies on the same bogus claims.

“Patients are now asking me about fetal pain,” Davis explained. “This was not happening 15 years ago.”

“When you’re sitting in your office with a woman who is 22 weeks into a pregnancy with a severe fetal anomaly -- she’s depressed, she’s stressed and now she’s worried, Is my baby going to feel pain?,” Davis continued. “It’s just another thing these women have to struggle with. And why? These are created concerns. They are not based in science, they are based in politics.”