Police and witnesses have conflicting accounts of Ferguson shooting 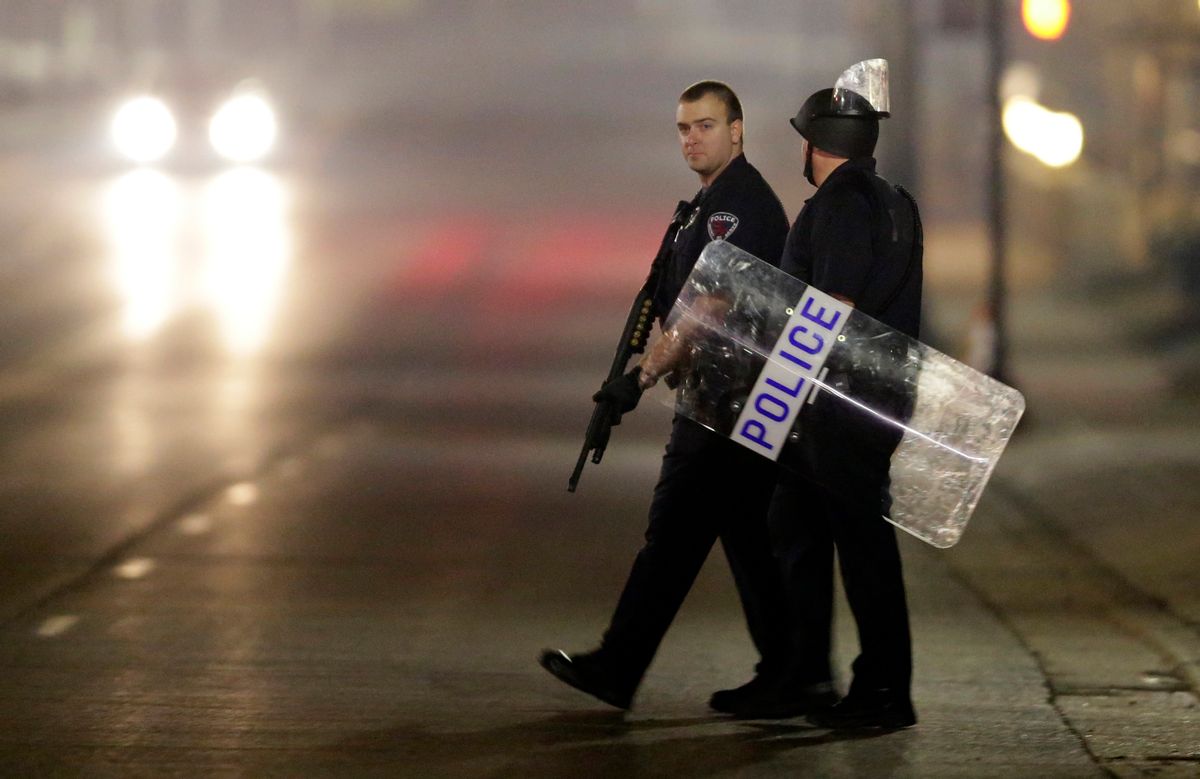 Police canvass the area as they investigate the scene where two police officers were shot outside the Ferguson Police Department Thursday, March 12, 2015, in Ferguson, Mo. (AP/Jeff Roberson)
--

Early Thursday morning, two police officers were shot during a protest in Ferguson, Mo. As of the writing of this article, the officers were in serious condition at a nearby hospital.

The protest was held shortly after the city's police chief Tom Jackson resigned in the wake of the publication of a Justice Department investigation's findings. The report found the Ferguson Police Department guilty of a history of racially biased practices, and was commissioned after white officer Darren Wilson fatally shot black teenager Michael Brown last summer.

The wounded officers, a 41-year-old from the St. Louis County Police and a 32-year-old from Webster Groves Police Department were hit outside the Ferguson police headquarters. Now, reports from police and witnesses are beginning to emerge, and they have some notable discrepancies.

"These police officers were standing there and they were shot, just because they were police officers," said St. Louis County Police Chief Jon Belmar. "I don't know who did the shooting, to be honest with you right now, but somehow they were embedded in that group of folks."

"I was here. I saw the officer fall. The shot came from at least 500 feet away from the officers," he continued.

In an interview with the L.A. Times, journalist Bradley Rayford described the scene: "We heard, like, a firework -- we thought it was a firework -- it was loud... You couldn't even see where it was coming from but you saw the muzzle [flash]" from up the hill. "The bullets went right past my head."

A video captured the mayhem of the scene.

Alderman Antonio French, who has been an active participant in protests since last summer, sent a message via Twitter.