Because women and men interact by holding hands naked 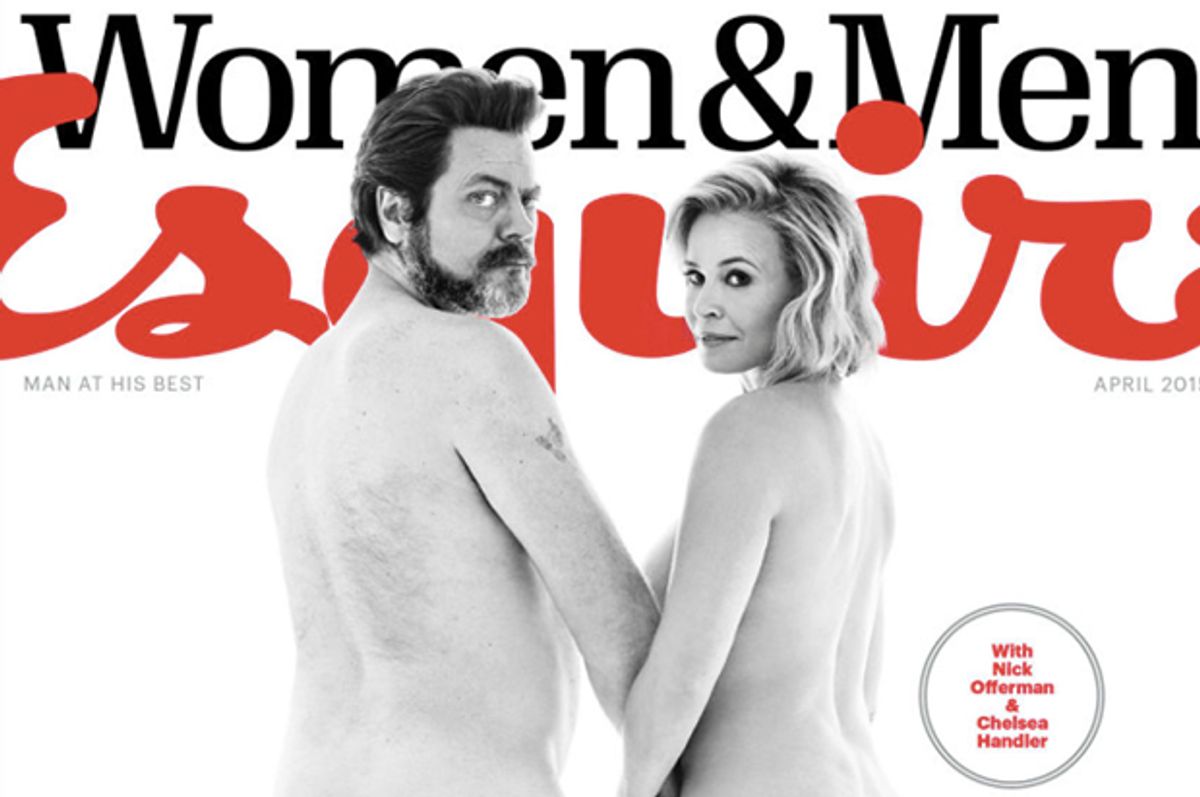 ICYMI, somehow: The cover comes on the heels of Handler's Instagram war, in which the comedian protested the photo-sharing site's "sexist"nudity policy banning topless photos of women but allowing for men to share their topless photos freely. Topless camelback riding ensued (#Freethenipple).

Let it be known, this isn't Offerman's first brush with public nudity either. The "Parks & Rec" actor did full-frontal nudity in a 2012 episode of "Deadwood."

The April issue will center around how women and men interact and tackle the "increasingly charged relations between [them] in America," according to Esquire editors.

It will be available for purchase and accessible online March 24.