Is this the most awkward "Final Jeopardy" of all time? 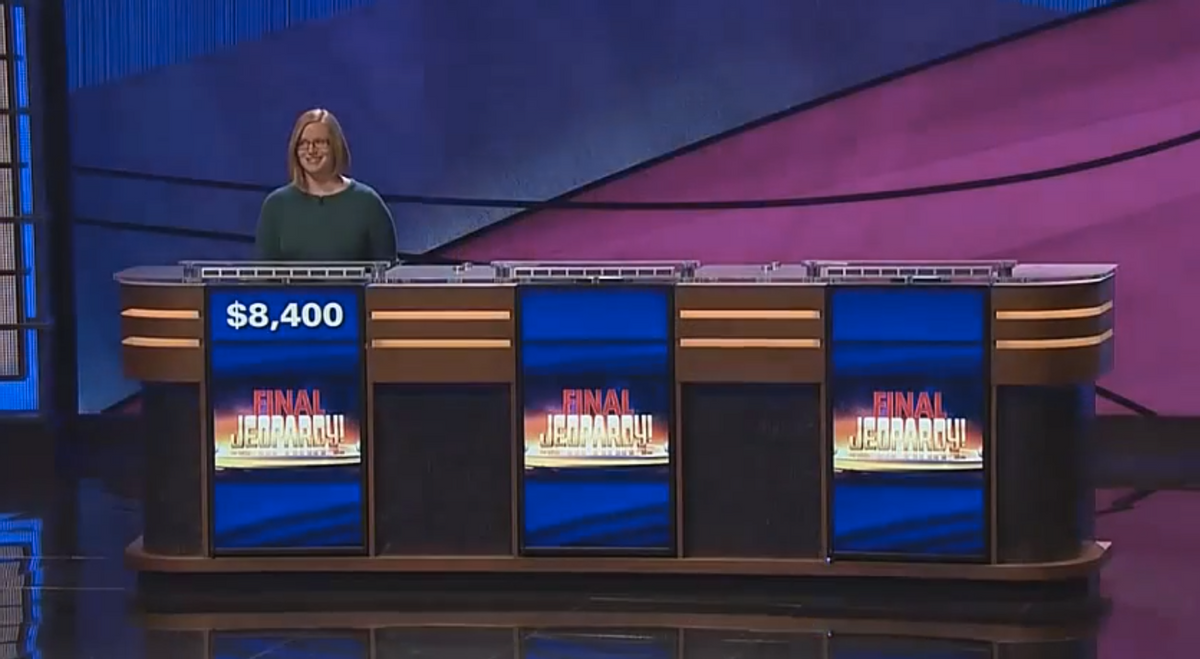 Thursday's episode of Jeopardy was a bloodbath. By the end of Double Jeopardy, only one of the contestants (Kristin) wasn't in the red. This meant that it was just contestant Kristin and her lonesome in the final round dodging awkward comments from a visibly disappointed Alex Trebek. "I think you're going to win the game," Trebek quipped at the end of the round. Then, as Trebek geared up to review Kristin's final wager on the topic of "U.S. Government" he struck again: "Kristin and I are alone together, an opportunity to get to know each other."