Why is Kevin Bacon lying on a stranger's kitchen counter with a plate of eggs?

Because "no one knows eggs better than Bacon." (Also, he's the new spokesperson for the American Egg Board) 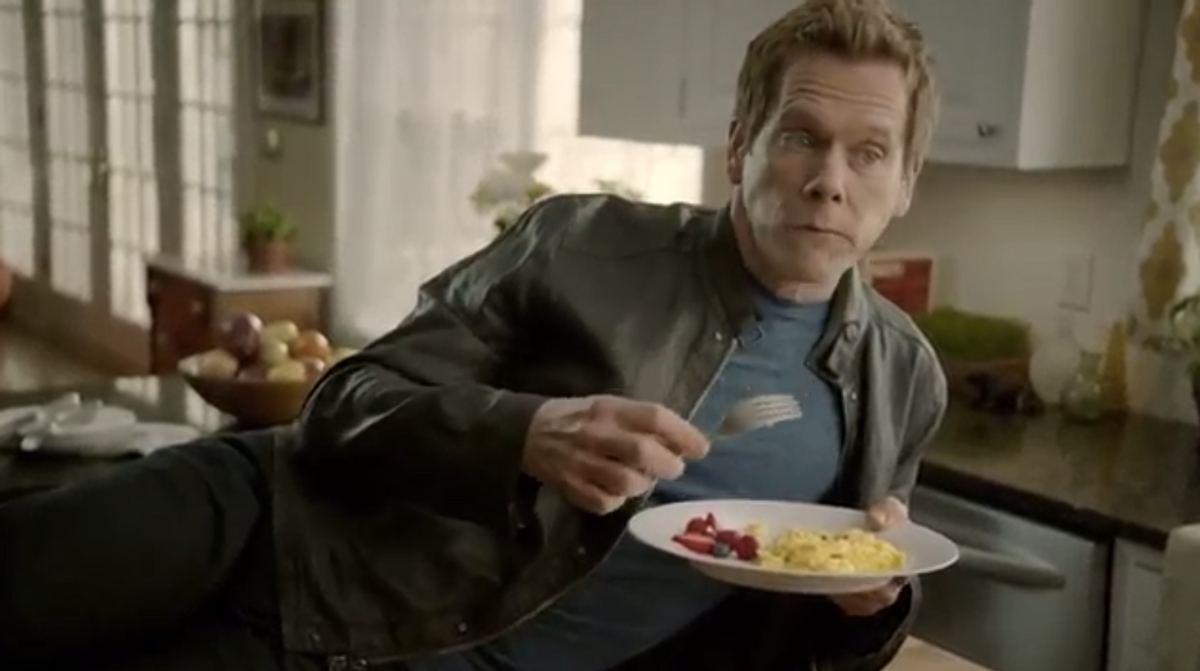 Did you know that there was such a thing as the American Egg Board? Well, there is and Kevin Bacon is the new spokesperson for it.

According to Incredible Egg's mission statement, the American Egg Board "is the U.S. egg producer's link to consumers in communicating the value of the incredible egg" and serves to "increase demand for egg and egg products on behalf of U.S. egg producers."

We can assume that the executive decision to select Bacon for the role had much more to do with "pun potential" than actual knowledge of eggs.

The premise of Kevin Bacon's newly launched advertising web short "Wake Up To Eggs With Bacon" is that Bacon randomly appears in a stranger's home to present the wife with eggs because, after all, his name has Bacon so "no one knows eggs better than Bacon." Still with me?

Watch the full web short below: