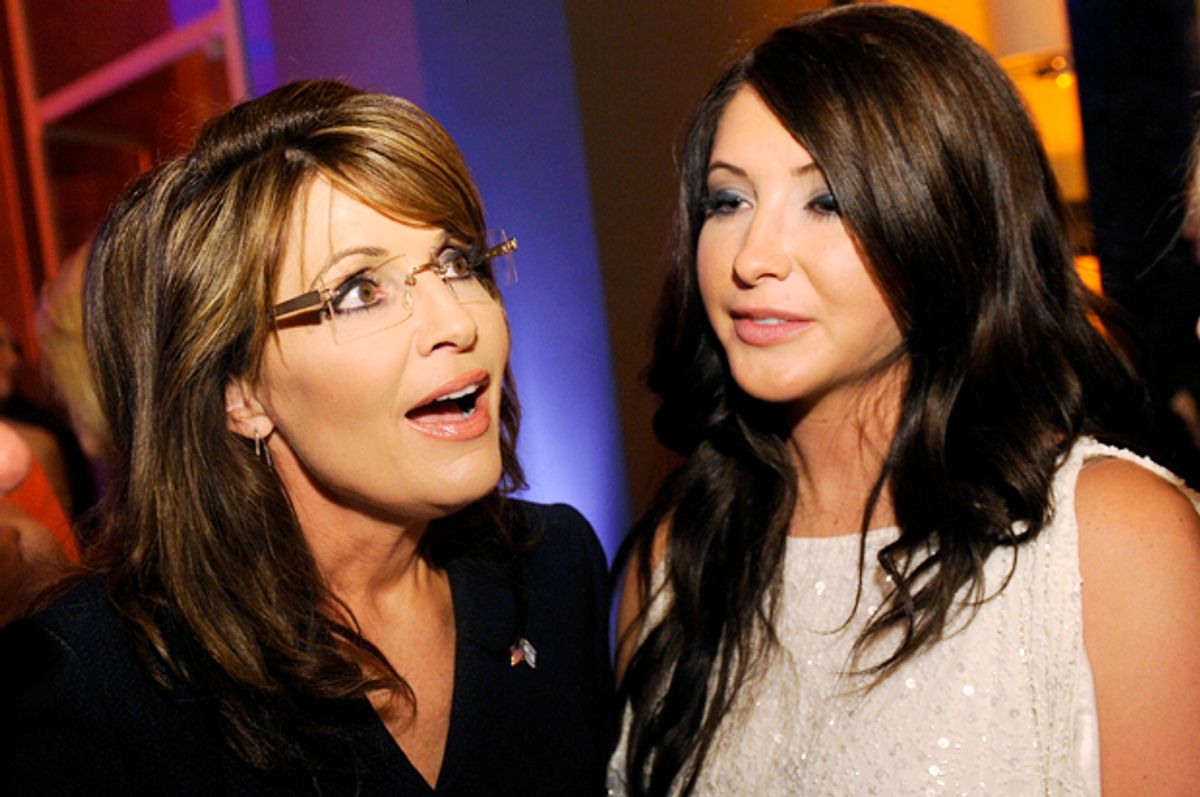 Bristol Palin is engaged to be married! (Again.) And not just to anyone; to the Medal of Honor recipient and die-hard defender of "American Sniper" behind a viral image from this past January — "Fuc_ you Michael Moore" [sic] — that also featured a smiling Sarah Palin.

The image was posted on her fiancé Sgt. Dakota Meyer's Facebook in response to a Michael Moore tweet that criticized the Clint Eastwood-directed war film. Meyer, the viral-savvy dude that he is, included the message "Share it and make it trending."

In her engagement announcement, posted over at her blog on Saturday, Bristol provided a quick rundown of how Sgt. Meyer and she had met (spoiler: filming her mother's outdoor reality television series "Amazing America") and how he proposed to her (spoiler: there was Rascal Flatts involved).

He’s wonderful with Tripp and I’m so proud to be marrying him.
He’s so romantic! He asked me to marry him at a Rascal Flatts concert. The lead singer, Gary LeVox, dedicated “Bless the Broken Road” to us, and then Dakota got down on one knee and proposed!