Boston's insane winter was officially its snowiest ever

A Sunday night weekend pushed the city over the edge to a new snowfall record of 108.6 inches 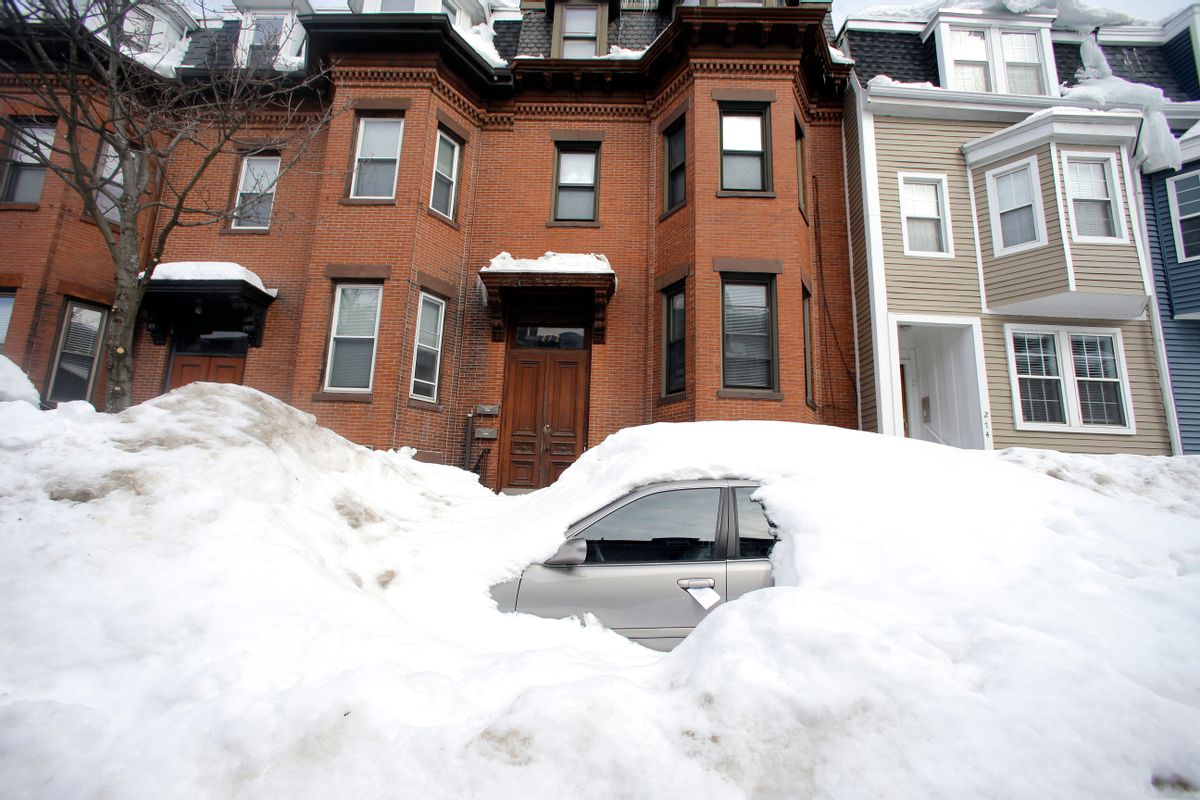 File-In this Feb. 23, 2015 file photo, a car remains buried in snow along a residential street in South Boston. Boston's miserable winter is now also its snowiest season going back to 1872. The official measurement of 108.6 inches at Logan International Airport Sunday night topped a season record of 107.9 inches set in 1995-96. The final 2.9 inches came in a snowstorm that was relatively tame after a record-setting monthly snowfall of 64.9 inches in February. (AP Photo/Elise Amendola, File) (AP)
--

Well, they've done it. With a Sunday night snowstorm pushing things over the brink, Bostonites looking back on a particularly brutal winter will now officially be able to say that they lived through the city's snowiest season on record.

Sunday's 2.9 inches added to the already unfathomable accumulation to reach a cumulative 108.6 inches from 2014-15, the National Weather Service said, smashing the previous record, from winter 1995-96, by a full inch.

The season was remarkable for a number of other reasons as well, as the Washington Post notes: a major blizzard was Boston's snowiest-ever January storm; February, which saw 45 inches in just two weeks, was the snowiest month ever recorded (as well as the coldest); and the records for fastest six-foot and 90-inch snowfall were both smashed.

With spring so tantalizingly close, it seems reason enough to celebrate, as Mayor Marty Walsh did on Twitter:

But March isn't over yet -- and in Boston, April snowfall is not unheard of. And while it's impossible to say what role climate change played, specifically, this year or what will happen in future winters, it's worth noting that heavy snowfall is consistent with global warning, and that four out of the city's five snowiest winters have occurred since 1993. It's possible the record may not stand for long.