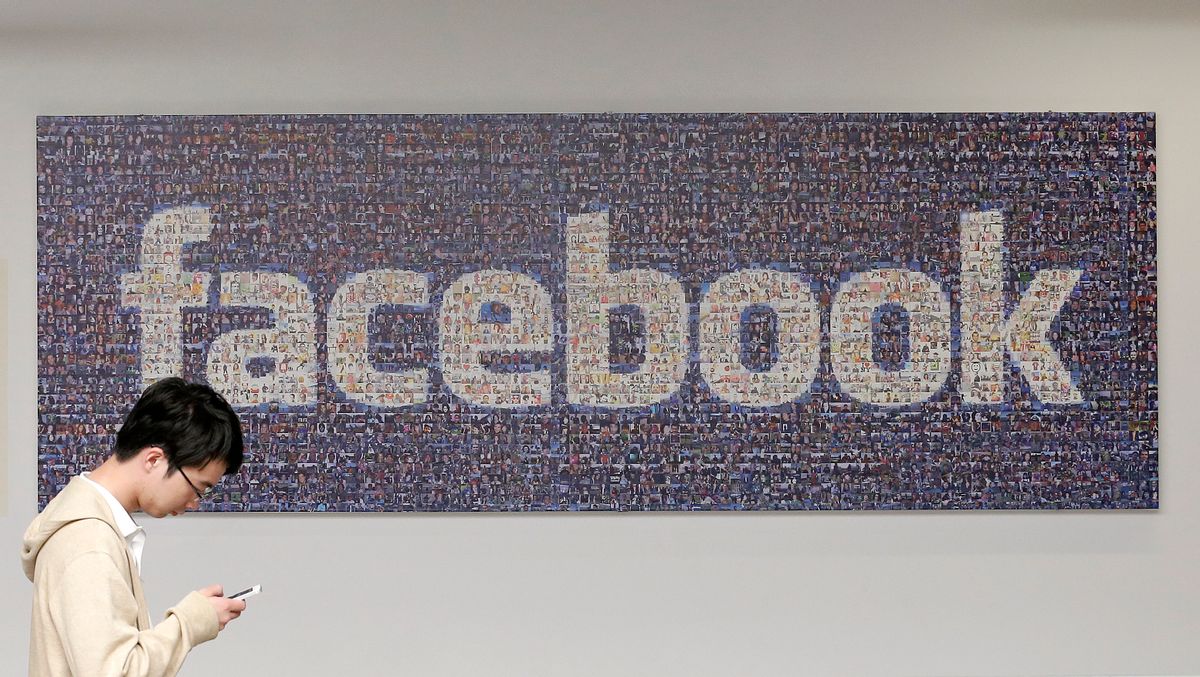 A man walks past a sign in an office on the Facebook campus in Menlo Park, Calif. (AP/Jeff Chiu)
--

Facebook is trying really hard to make sure users know what they can and cannot post on the site. On Sunday, the social media platform released a new set of community standards, laid out in a clicky slideshow fashion that details plainly which content Facebook bans and why. There isn't a ton of news contained within the guidelines, but there is a good deal more clarity. The new release elaborates on Facebook's policies for dealing with hate speech, "real names," revenge porn and content removal, and include some positive signs that the site is actually trying to balance free speech with user safety.

Of course, there will still be challenges ahead. One of the most oft-repeated points about the new guidelines is how difficult they were to craft, which Facebook's head of global policy management Monica Bickert has underscored in more than one interview. “These policies are blunt, sometimes more blunt than we’d like them to be,” Bickert told Re/code, speaking specifically to the struggle of writing rules for 1 billion people. “We have to make our policies very objective and easy to apply so our reviewers around the world will efficiently and consistently reach the same result.”

We don’t tolerate bullying or harassment. We allow you to speak freely on matters and people of public interest, but remove content that appears to purposefully target private individuals with the intention of degrading or shaming them. This content includes, but is not limited to: Pages that identify and shame private individuals; Images altered to degrade private individuals; Photos or videos of physical bullying posted to shame the victim; Sharing personal information to blackmail or harass people; Repeatedly targeting other people with unwanted friend requests or messages. [...]

We remove content that threatens or promotes sexual violence or exploitation. This includes the sexual exploitation of minors, and sexual assault. To protect victims and survivors, we also remove photographs or videos depicting incidents of sexual violence and images shared in revenge or without permissions from the people in the images.

Facebook has also expanded on its nudity policy, which has broadened over time but has still been criticized for uneven enforcement. The site plans to remove "photographs of people displaying genitals or focusing in on fully exposed buttocks" and will still restrict images of women's nipples, except in cases that depict breastfeeding or post-mastectomy scarring. The site's explanations for the nudity policy are littered with more disclaimers: acknowledging that nudity bans can sometimes "restrict content shared for legitimate purposes," Facebook claims its reporting teams constantly review such sensitive content in an effort to improve both the site's standards and their enforcement.

And that's the thing that remains interesting about Facebook's community standards enforcement: Continued reliance on live human reviewers who determine which content is dangerous or offensive. On the one hand, it only makes sense to use teams of actual people to monitor content given the site's regular invocation of how difficult it is to do that monitoring for millions and millions of people worldwide, and given Facebook's clear dedication to respecting cultural difference. But on the other hand, it means using an inherently subjective tool -- personal opinion -- for instituting a series of supposedly objective guidelines.

And perhaps there really is no better method of enforcement. But Facebook's announced commitment to seeing nuance in nudity and harassment through human eyes highlights the ways in which socialization dictates what is acceptable and what is not. We'll still have to wait and see how that plays out.