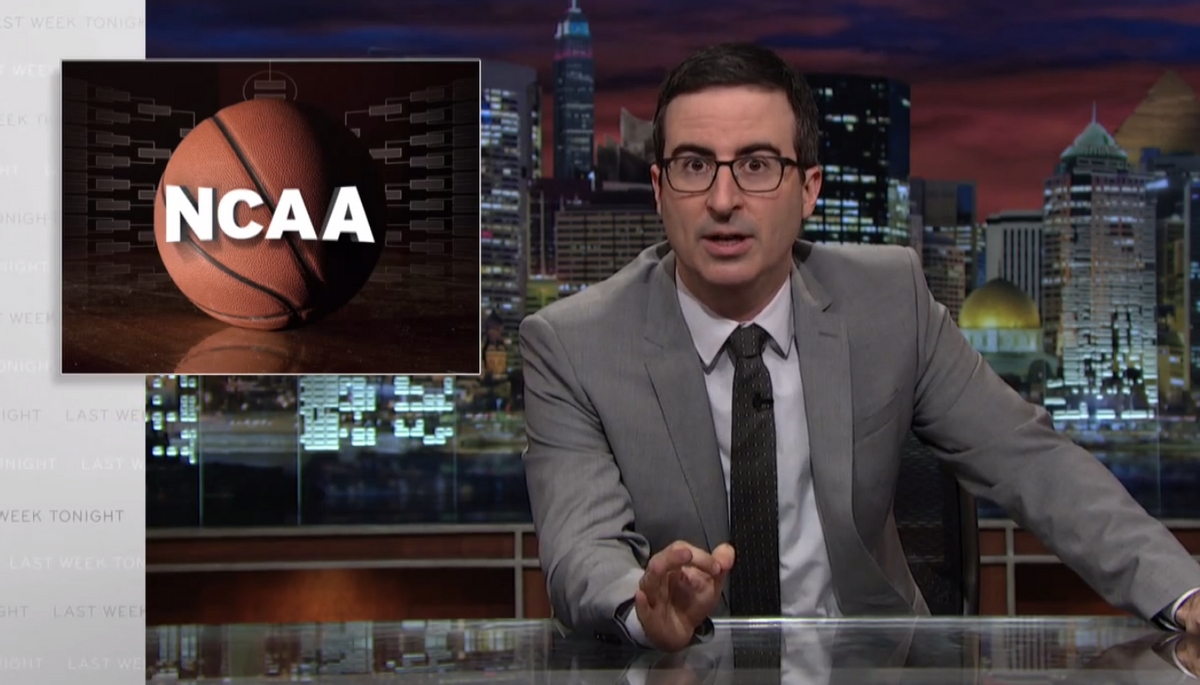 The maddest thing about March Madness is that, despite bringing in over $1 billion in television ad revenue,  student athletes aren't paid a penny because they're considered "amateurs" by NCAA standards.

With Tuesday marking the first round of the year's biggest college tournament, John Oliver revealed some of the dirty practices of the NCAA on Sunday's "Last Week Tonight."

What we learn: The NCAA has no intention of ever paying student athletes  -- despite bringing in more ad revenue than the Super Bowl and almost the entire NFL post-season combined and despite a former NCAA athlete letting it slip in an interview that "there [were] hungry nights where [he] couldn't eat."

Oliver played a clip from NCAA president Mark Emmert, who repeats again and again that "they're not employees -- they're students!" Later, Emmert explains that students are compensated with a "remarkable education." "The only other people who say 'they're not employees' that much are people who run illegal sweatshops out of their basements," Oliver quipped. "They're not employees! It's a summer camp where they make the same t-shirt over and over again."

“There is nothing inherently wrong with a sporting tournament making huge amounts of money,” Oliver said. “But there is something slightly troubling about a $1 billion sports enterprise where the athletes are not paid a penny.”