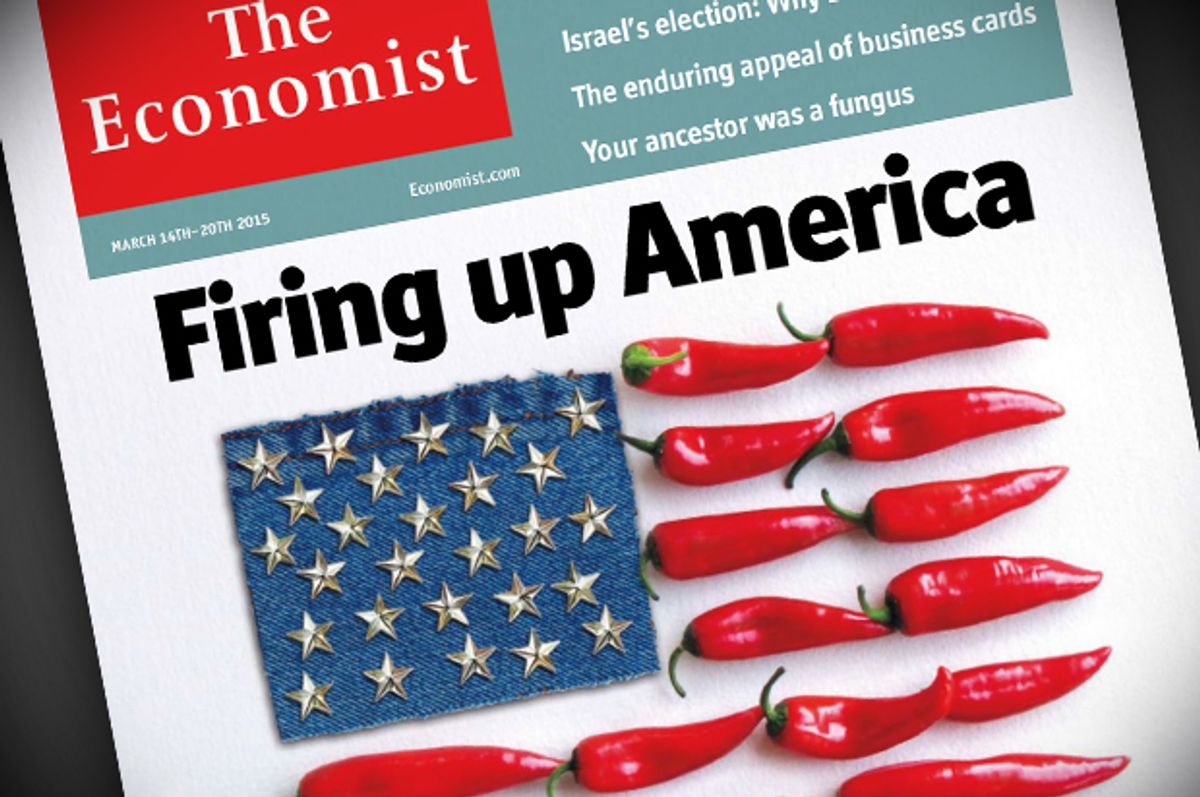 The sophisticates who herald The Economist as a beacon of sophistication and urbanity above a crass and and crude media landscape haven't had the best go of it in recent months. Last summer, the British magazine came under withering criticism after its anonymous review of  Edward Baptist's "The Half Has Never Been Told: Slavery and the Making of American Capitalism" took Baptist to task for engaging in "advocacy," not history, bemoaning that nearly "all the blacks in his book are victims, almost all the whites villains." Upon realizing that depicting slaves as "victims" may not be all that unreasonable, The Economist retracted the review and never again displayed such rank insensitivity on matters of race and ethnicity.

Or not. The magazine's latest cover, "Firing up America: A Special Report on America's Latinos," reimagines the national flag with red chilies -- you know, because that's what Latino identity is really all about. (To their credit, the cover editors opted not to don a sombrero atop the red, white, and blue.) The cover quickly faced much-deserved derision on Twitter.