"You're a tyrant to the oath you took!": Why Texas GOP is locked in a civil war 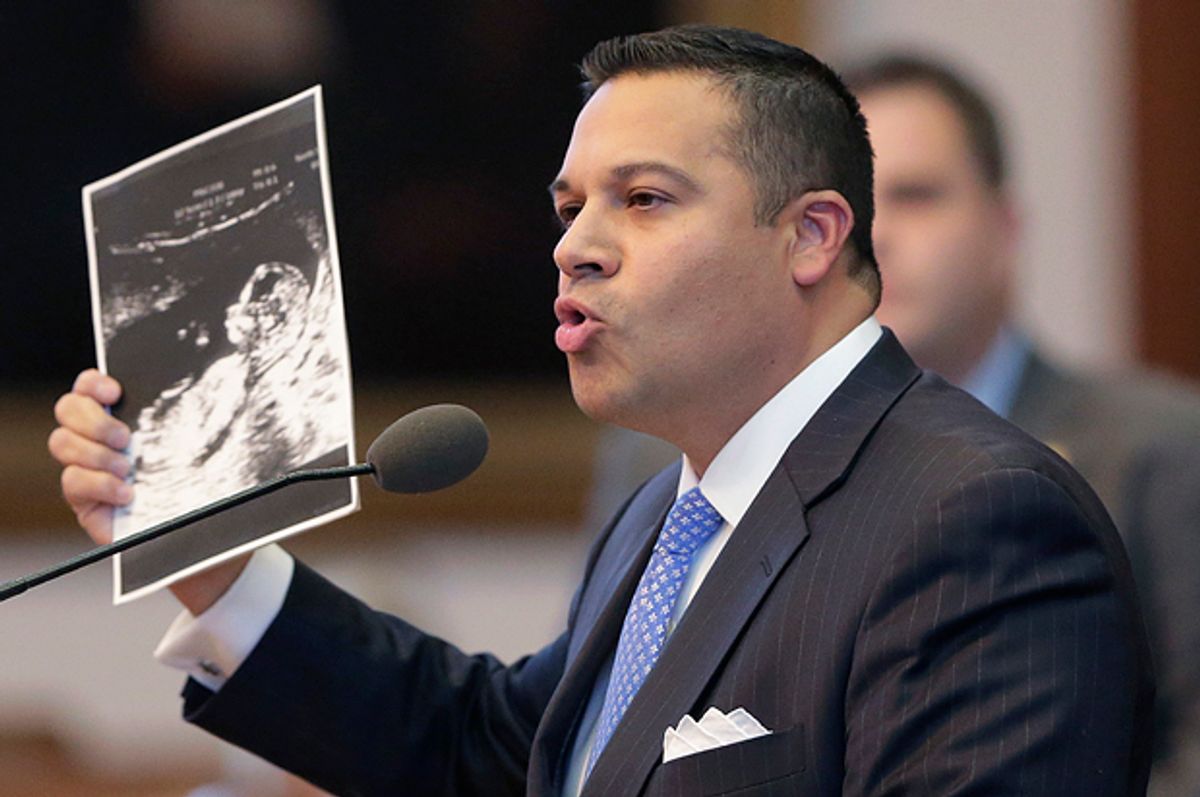 One would be hard-pressed to find another state that prides itself more on its commitment to freedom and liberty than Texas. It is so determined to make its citizens "free" that it is now in the process of allowing people to openly carry guns pretty much anywhere they choose, including college campuses. (What could go wrong?)  It is, after all, the home of the libertarian elder statesman Ron Paul and it prides itself on its low taxes and low regulations.

But Texas is also a very traditional conservative state with a strong sense of loyalty toward the military and police authority. A belief in law and order doesn't begin to describe its justice system: It has, for instance, executed nearly five times as many people as any other state in the modern era and its leaders are unapologetic about that. No one can accuse Texas of being soft on criminals.

One might think these two values would clash, what with guns being everywhere and the police having to try to keep order while ducking all the flying bullets. But it doesn't seem to be a major problem.  The police are not putting up much of a fight against gun proliferation, anyway. So "freedom" in Texas seems to be safe, at least as far as the Second Amendment is concerned.

The First Amendment? Not so much.

While gun-toting extremists have nothing to fear from the authorities, the Houston Chronicle reports that some Republicans (are there any other kind?) in the Texas State House are extremely bothered by the idea that a citizen might film the police in the course of their duties:

A bill restricting the rights of citizens to record the police was filed in Texas House of Representatives on Tuesday.

The House Bill 2918 introduced by Texas Representative Jason Villalba (R-Dallas) would make private citizens photographing or recording the police within 25 feet of them a class B misdemeanor, and those who are armed would not be able to stand recording within 100 feet of an officer.

As defined in the bill, only a radio or television that holds a license issued by the Federal Communications Commission, a newspaper that is qualified under section 2051.044 or a magazine that appears at a regular interval would be allowed to record police.

One does not have to be a political scientist to understand why some police officers don't care to have themselves filmed in the course of their duties. As we saw in the Eric Garner case in New York and the Tamir Rice case in Cleveland, it can be very "complicating" for authorities to have the public see them be overzealous in the use of force. Even more problematic for the authorities, when there is no record of the event, conservatives can almost always be counted upon to take the word of the police without question and assume any complaints are lies on the part of guilty people. But when these events are filmed, even some of the most hardcore right-wingers can be taken aback.

For instance, the Eric Garner killing, in which a man was slowly choked to death on a sidewalk over the "crime" of selling loose cigarettes appalled even some of the most vociferous defenders of the boys in blue. On the day the grand jury announced they would not indict the officers, Fox News pundit Charles Krauthammer said it was "incomprehensible. The guy actually said ‘I can’t breathe,’ which ought to be a signal, if the guy was unarmed and the crime was as petty as they come." Red State's Erick Erickson endorsed a statement from the conservative Ethics & Religious Liberty Commission of the Southern Baptist Convention. "[A] government that can choke a man to death on video for selling cigarettes is not a government living up to a biblical definition of justice or any recognizable definition of justice." National Review's Charles W. Cooke tweeted, "Government is simply a word for the things we decide to do together. Like choke men to death over rules governing the sale of cigarettes."

Granted, there were many conservatives who used the incident to proclaim their horror at cigarette taxes, apparently believing that the wrong committed in this situation was that the police choked a man to death on the sidewalk over something they don't believe should be a crime. One can only assume they believe summary execution by choking a suspect to death on the sidewalk for something else would be perfectly permissible. Still, it's quite clear that had that incident not been filmed, up close and within recording distance of Garner's desperate pleas to be allowed to breathe, it's highly unlikely those people would have weighed in with those concerns. Let's just say that as a matter of principle they usually believe that whoever was killed at the hands of a cop probably deserved it.

But credit where credit is due: In Texas, the state that should probably put a picture of the electric chair on its state seal, there are conservatives who are squeamish about this proposed law to regulate the filming of police activities, Breitbart Texas among them. They were concerned, obviously, that this law requiring some sort of mainstream journalism certification would prevent them from doing their jobs. Jason Villalba, the legislator who proposed it, assured them they would get certification with no problem but their coverage shows them to be against these restrictions as a matter of principle. This Breitbart article quotes numerous critics of the bill, all of whom are presumably conservatives. And it quotes Mr. Villalba standing firm against them and using the hashtag #Istandwiththepolice.

But perhaps the most interesting argument featured in this article is this one from Austin-based attorney and general counsel for the conservative group Empower Texans, Tony McDonald, which Breitbart Texas characterized as saying, "HB 2918 would indeed allow people who are armed with a variety of weapons to be in closer proximity of a police officer than a citizen journalist holding up a smartphone." Oh my.

I'm going to guess they didn't mean to suggest there was anything wrong with citizens being armed with a variety of weapons being in close proximity to police but it certainly does point out the stakes in the various arguments. If you want to see the fault lines across the whole conservative movement in stark relief you have to see what Villalba came back with:

Yes, he went there.

The conservative movement is composed of people for whom traditional values are paramount and those who are animated by the more radical libertarian concepts of freedom and liberty. They all agree that taxes and Big Government are bad. But beyond that there is a major schism in their coalition that has never fully been aired. After all, traditional values are all about deference to authority and a bedrock belief in the integrity of those who don a uniform. Libertarianism ... isn't. And as we enter this new period of hawkish foreign policy and a return to the old conservative rallying cry of "law and order" it's going to be very interesting to see how they work it out. It's unlikely that this camera bill will be a crucible. The courts will be the ultimate arbiter of that issue. But it's hardly going to be the only one where this comes up. We already saw some indications of where this can go with the stand-off at the Cliven Bundy ranch last year.

The law and order conservatives are likely to be a little bit startled when they find themselves on the receiving end of the sorts of behavior usually aimed at liberals. This is from the Facebook page of Texas Open Carry activist Kory Watkins:

Rep. Jason Villalba (144-Dallas).You're a tyrant to the oath you took and should be tried for treason. Stop using the word democracy like you understand what it means or that's how We function as a government. This is a constitutional republic. If you don't like that then get the hell out of office or be prepared to face The consequences of violating your oath.

It looks like the air's getting a little bit thick in that Republican Big Tent these days.