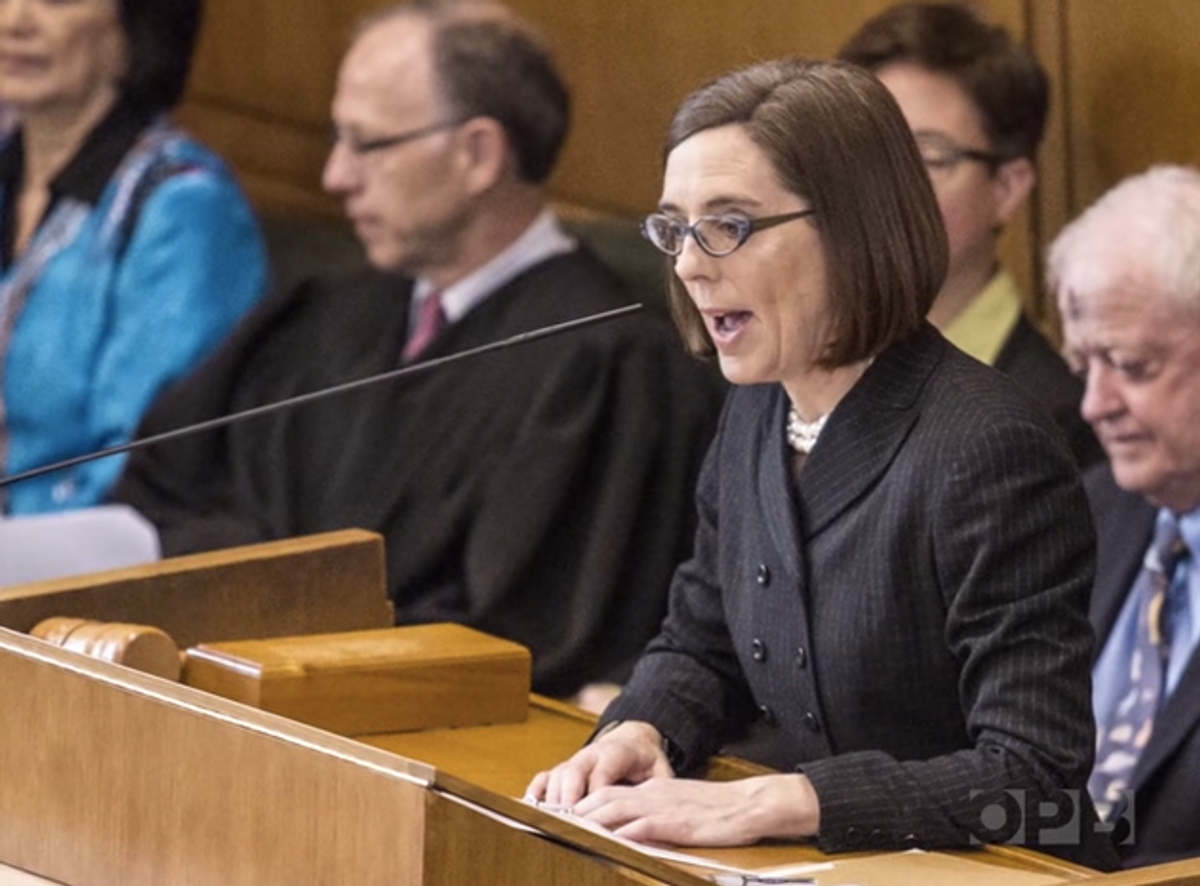 Departing from the national trend toward enacting laws designed to make voter participation more difficult, newly minted Gov. Kate Brown (D) on Monday signed legislation that makes Oregon the first state in the nation to implement automatic voter registration. The move could add up to 300,000 new voters to the state's rolls.

Known as the "motor voter" law, the measure provides for the automatic registration of eligible voters whose information is in the state's Department of Motor Vehicles database. The Oregonian reports that the bill uses driver's license data dating to 2013. Those who don't want to be added to the voter rolls have a 21-day opt-out window.

As Oregon secretary of state last year, Brown estimated that 800,000 Oregonians are eligible to vote but not registered; the legislation she signed Monday could register nearly four in 10 of those eligible voters, adding to a voter pool that now numbers about 2.2 million.

The passage of the legislation -- which encountered fierce Republican opposition -- marks a personal victory for Brown, who developed the bill while she was secretary of state. Brown took over as governor last month, after Gov. John Kitzhaber resigned amid of a conflict-of-interest probe.

Brown's law bucks the movement throughout the country toward voter suppression measures, which have gained popularity since the Tea Party wave of 2010. The Brennan Center for Justice calculated last year that since 2010, states had enacted new voting restrictions -- including voter ID laws and limited polling hours -- in 22 states.