Paul Walker's death made into a punchline at Justin Bieber roast

"'Move b**ch, get out of the way!' is what Paul Walker should've told that tree." Welp. 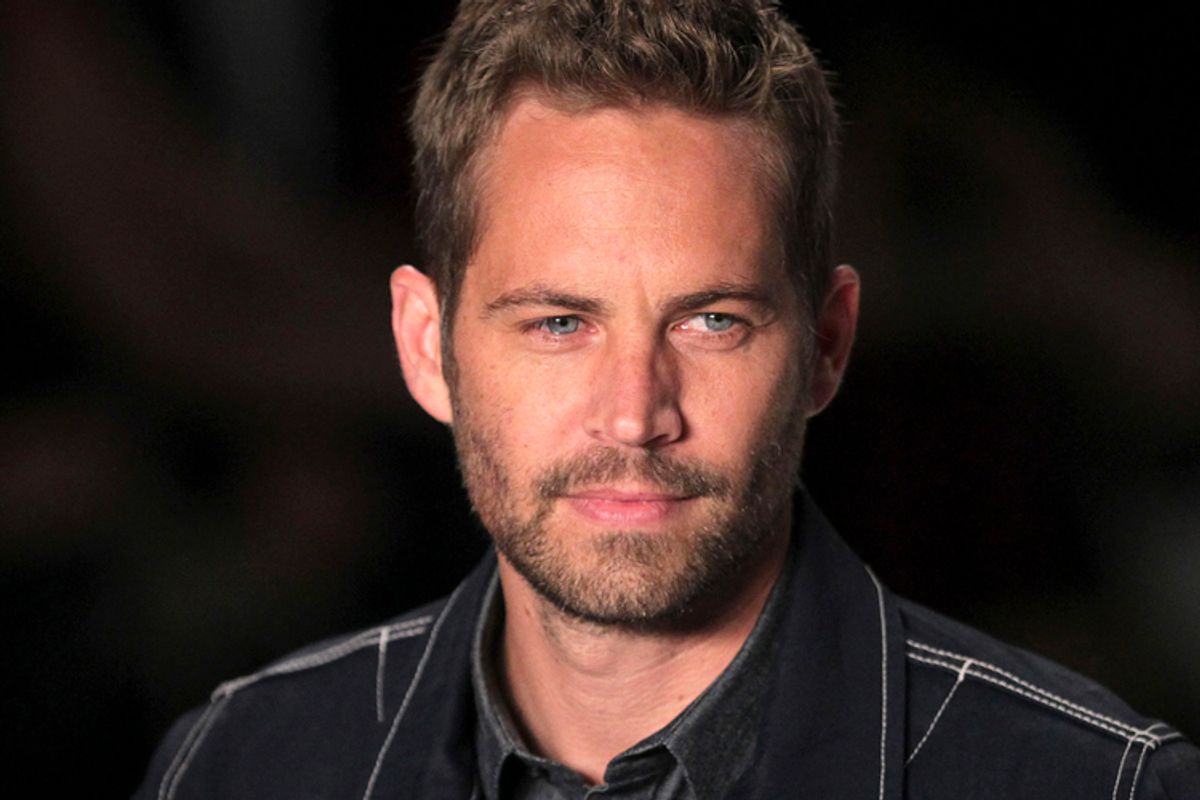 The long-awaited Justin Bieber roast will finally air March 30 on Comedy Central. And while the event was intended to be a roast for the 21-year-old Canadian rascal, previews of the event's nastiest burns would indicate that there was another favorite punchline of the evening: "Fast and the Furious" star Paul Walker.

According to The Hollywood Reporter, one joke involved comedian Jeff Ross poking fun at Bieber's poor driving skills with: "'Move bitch, get out of the way!' is what Paul Walker should've told that tree. Too soon? Too fast? Too furious?" At another point -- Vulture reports -- Pete Davidson cracked, "Justin got arrested for drag racing ... unfortunately, it wasn't with Paul Walker."

Comedy Central has gotten flack before for comedians roasting fallen figures. Think: Amy Schumer's jab at "Jackass" actor and stuntman Ryan Dunn from 2011. According to a source who spoke with THR, however, the Paul Walker jokes crossed the line. "Fast and the Furious" castmember Ludacris even voiced his outrage with the material following the show.

A spokesperson from Comedy Central told the magazine that the network had finally decided to omit all Paul Walker jokes from the upcoming program because they weren't in good taste:

"Roasts often push the limits of good taste and we give the participants full rein to try things knowing we have the edit to shape the show. Sometimes the line is discovered by crossing it. The Paul Walker references will not be in the telecast."