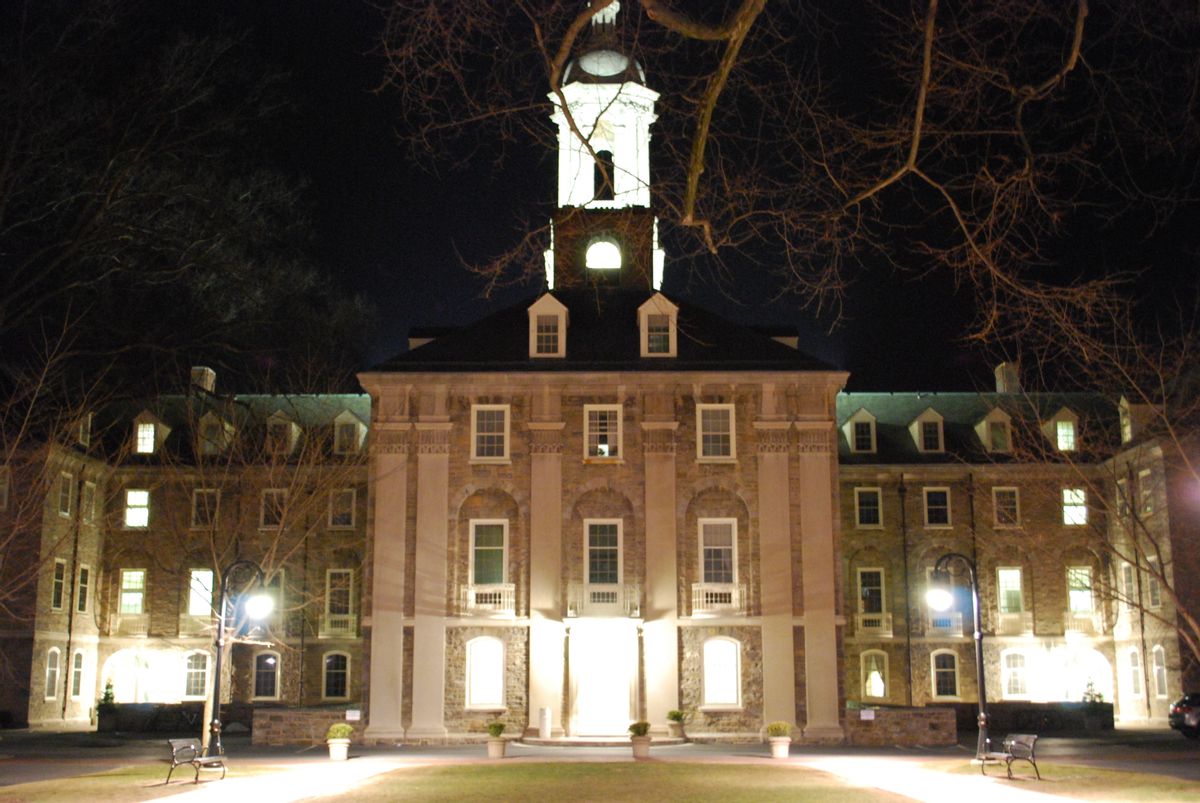 A Penn State University fraternity has been suspended this week after police launched an investigation of the frat's super secret Facebook group(s), where members would post photos of unconscious, mostly naked women. The private group, known first as "Covert Business Transactions" and then later, in a different iteration, as "2.0," included images largely of women who appear incapacitated, and are believed to have been posted without the subjects' consent.

Members of the Penn State chapter of Kappa Delta Rho reportedly also posted photos of drug deals and hazing rituals online, according to a search warrant obtained by WJACTV. Police believe the first "Covert Business Transactions" was shut down and replaced after a victim in one of the photos found out about the group's existence. Officials also told WJACTV the group has an estimated 150 members, including current members of the fraternity and alumni. Both groups had been wiped clean of evidence before police were able to search several computers, however law enforcement was still able to find nearly two dozen photos of passed out, undressed women.

Penn State's Intrafraternity Council (IFC) announced Kappa Delta Rho's "immediate" suspension on Monday, and will be launching its own investigation of the Facebook groups. "It is IFC policy to immediately suspend activity at any chapter undergoing an investigation," IFC president Rick Groves told Penn State's Daily Collegian. "This is both to ensure an unhindered investigation and to prevent chapters from committing further wrongdoings."