"Too small a change": How St. Patrick's Day became a political lightning rod 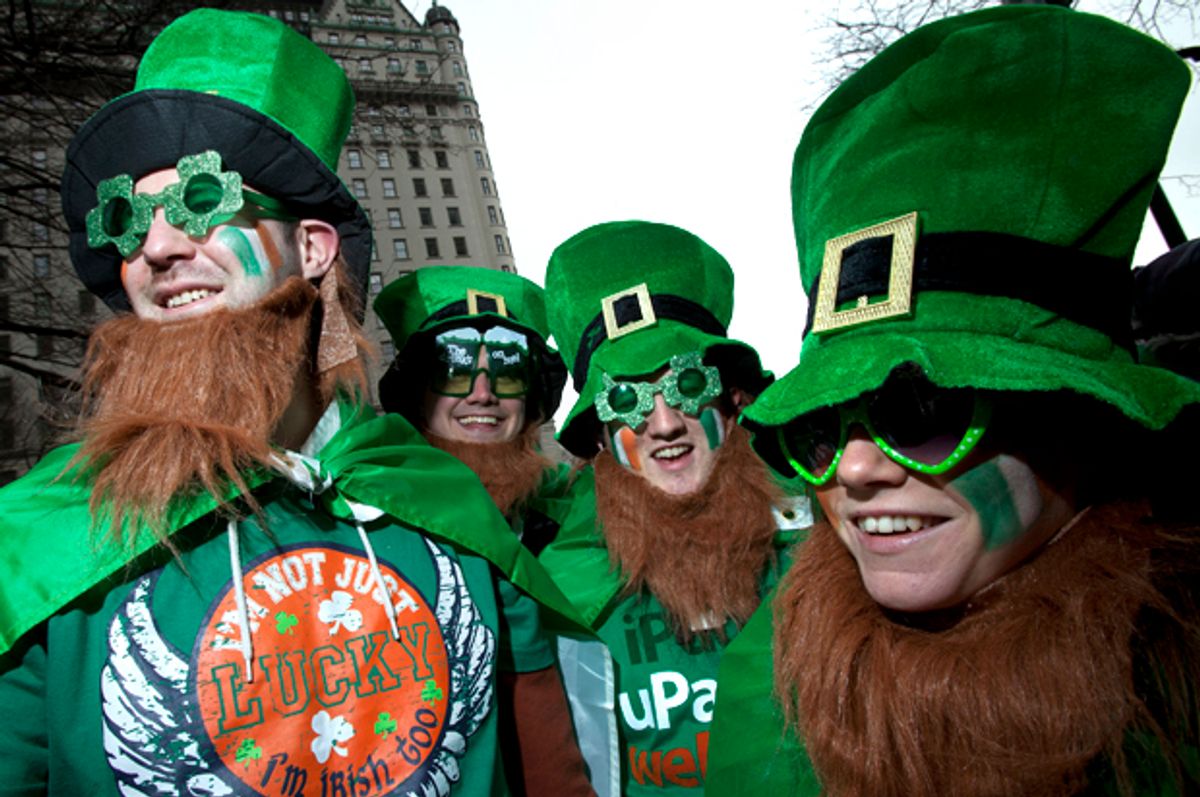 In 1972, when I was 11 years old, I watched my father march up Fifth Avenue in New York's St. Patrick’s Day parade. He’s a Jewish guy from the Bronx, but he worked in city government. And on March 17, as the saying goes, everyone is Irish.

But the Irish disagree about what that means, and they always have. We need to keep that in mind as debate heats up over gay participation in St. Patrick's Day parades, which have sparked controversy as well as pride for more than two centuries.

Boston's parade organizers recently decided to admit a gay veterans' group as well as Boston Pride, a large gay-rights organization. That prompted Marty Walsh -- who boycotted the parade last year -- to march in Boston's St. Patrick's Day parade, which was held on Sunday.

But New York Mayor Bill de Blasio, who likewise boycotted his city's parade in 2014, probably won't participate in New York's parade on Tuesday. The parade has agreed to admit a delegation of gay employees from NBCUniversal, which televises the event.

That was enough for Guinness, which is returning as a sponsor, after boycotting last year, but not for de Blasio, who called the compromise “too small a change.” And it was too big of one for the Catholic League for Religious and Civil Rights, which announced that it would pull out of the New York parade unless a pro-life group could march under its own banner as well.

Indeed, CLRCR president Bill Donohue said, allowing any "political" activity would violate the non-partisan flavor of the event. “The parade is not about gays or abortion, or anything other than St. Patrick,” Donohue insisted. Likewise, the parade’s 2014 chairman said that it “stands for a celebration of Irish heritage and culture—nothing more, nothing less.”

But the Irish have never presented the united front that these critics imagine. And neither has St. Patrick’s Day, which was contested on these shores from the start.

The first St. Patrick’s Day parade in America was staged in 1775, by Irish regulars in the British Army. But there were plenty of Irish soldiers on the American side, too. The following year, on March 17, an Irish-born soldier led the campaign to force British troops out of Boston. That’s why the city still marks that date as “Evacuation Day,” not just St. Patrick’s Day.

It also marked the event as American, not just Irish. As their population swelled in the 1800s, Irish-Americans used March 17 to underscore their dedication to their new home as well as their devotion to their old one. If Irish people loudly proclaimed their heritage on the streets of the United Kingdom, one parade supporter wrote in 1868, “the ringleaders….would be transported to the penal colonies.” But in the United States, they could celebrate without fear.

To other Irish-Americans, however, oppression back home made their own revelry seem inappropriate or even insulting. Instead of squandering money on drinks and dinners, one newspaper urged in 1867, Irish-Americans should send it to freedom fighters on the Emerald Isle. “All demonstrations, banquets, etc. should be avoided,” the paper concluded, “and every assistance given to redeem our country. . .Work like men for Ireland."

But most Irish-Americans continued to celebrate on March 17, especially as non-Irish got in on the act. In 1874, newspapers carried glowing accounts of President Ulysses S. Grant reviewing the St. Patrick’s Day parade in Washington, D.C. Four decades later, when President William H. Taft addressed a March 17 banquet in Chicago, organizers announced that Taft would deliver his speech on “a piece of the ould sod” brought from Ireland. (Having never seen “the real soil of the Emerald Isle,” excited guests carried it away before Taft could begin his talk.)

Meanwhile, politicians used St. Patrick's Day to advertise their own Irish heritage -- or, in the case of Richard Nixon, his wife's. Nixon invited Ireland’s ambassador to the White House on March 17, 1969, when he presented first lady Pat Nixon with a fresh shamrock for her birthday. In fact, she was born on March 16. But she always celebrated her birthday the following day, she said, in deference to her Irish father’s wishes.

During these same years, however, other Irish-Americans began to complain that St. Patrick’s Day had lost its connection to the old country. To promote its new jet service between New York and Ireland, Pan-American Airways flew 10,000 shamrocks to the New York parade in 1952. But the true spirit of St. Patrick's Day was gone, a Boston editorialist complained in 1969, “anesthetized by the Ed Sullivan Show and smothered in suburban shopping malls.”

The next year, reports of Protestant-Catholic violence in Northern Ireland sparked new controversies over St. Patrick's Day in the United States. When four men unfurled a banner demanding “Civil Rights for Northern Ireland” at the 1970 New York parade, organizers had them arrested for violating the event’s ban on “political” demonstrations.

But protests continued. After the “Bloody Sunday” massacre of 1972, when British soldiers gunned down 13 demonstrators in Derry, St. Patrick’s Day marchers in New York wore black armbands. So did marchers in Boston, where they carried a coffin draped in Irish colors. “We don’t think bands should be playing while people are dying in Belfast and Derry,” one demonstrator explained.

I don’t recall seeing any armbands in 1972; I just remember my dad, waving as he walked by. But the protests remind us that this holiday has always been political, pitting Irish-Americans against each other in a never-ending struggle to define themselves. Gays are just the latest group to challenge the way we think about St. Patrick's Day. And they won’t be the last one, either.