"I'm actually black, but you assumed otherwise": Jay Smooth coolly makes it out of the most awkward interview ever 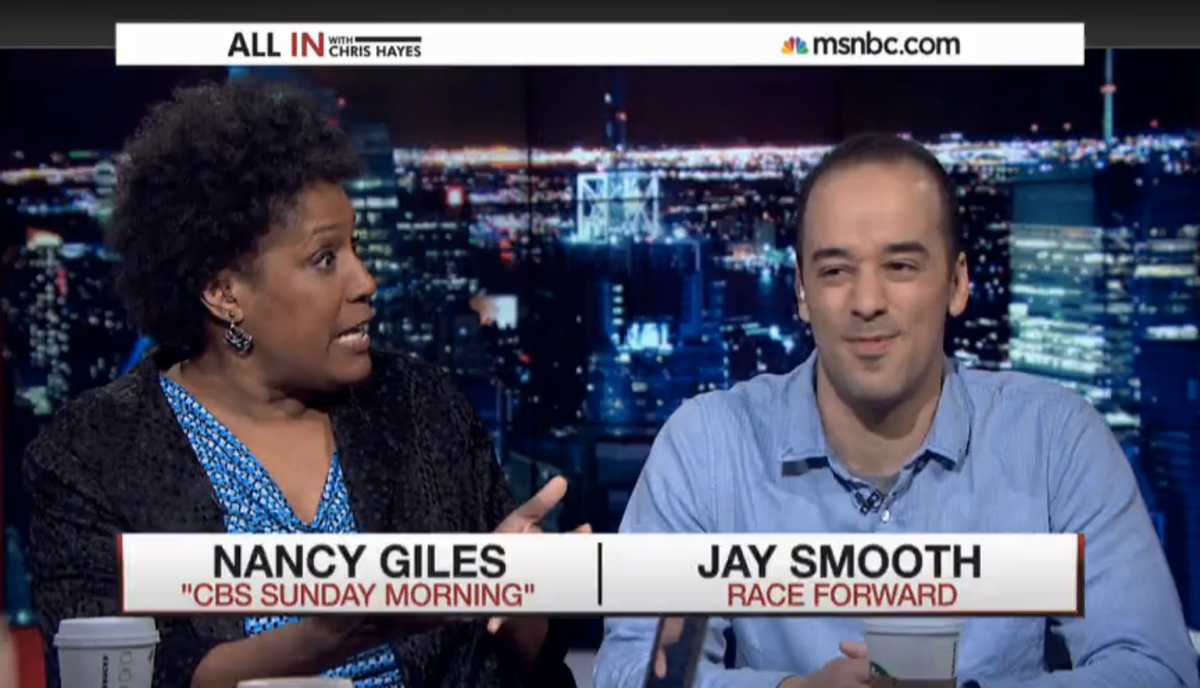 On Tuesday evening's edition of MSNBC's "All In with Chris Hayes," host Chris Hayes spoke with "CBS Sunday Morning's" Nancy Giles and video blogger, writer and DJ Jay Smooth about Starbucks' bizarre attempt at rectifying hundreds of years of systemic racism in the United States.

Hayes played a clip from Smooth's YouTube video "How to Tell Someone They Sound Racist," and Giles, clearly believing that Smooth was a white man, attempted to gently shame him for appropriating black mannerisms.

"I can't not tease Jay about the kinda, like, brotha way he was trying to talk. Like, 'Hey,' with the rap music in the background, and like down with the people," Giles said.

"Yeah, I know," Giles continued, "but it's another interesting funny thing about race. Like, there would be some people that would feel that you co-opted something like that, and other people might feel like that's his background and that's really cool too... These are conversations, you know, 'Yo, like ya know, yeah, if somebody takes my wallet,' I mean it's really interesting."

"It's also interesting because I'm actually black, but you assumed otherwise," said Smooth, so patiently. "And this is the sort of awkwardness we can look forward to at Starbucks across America."