"I've made my decision -- I'm out": Glenn Beck leaves GOP

Because it's not conservative enough 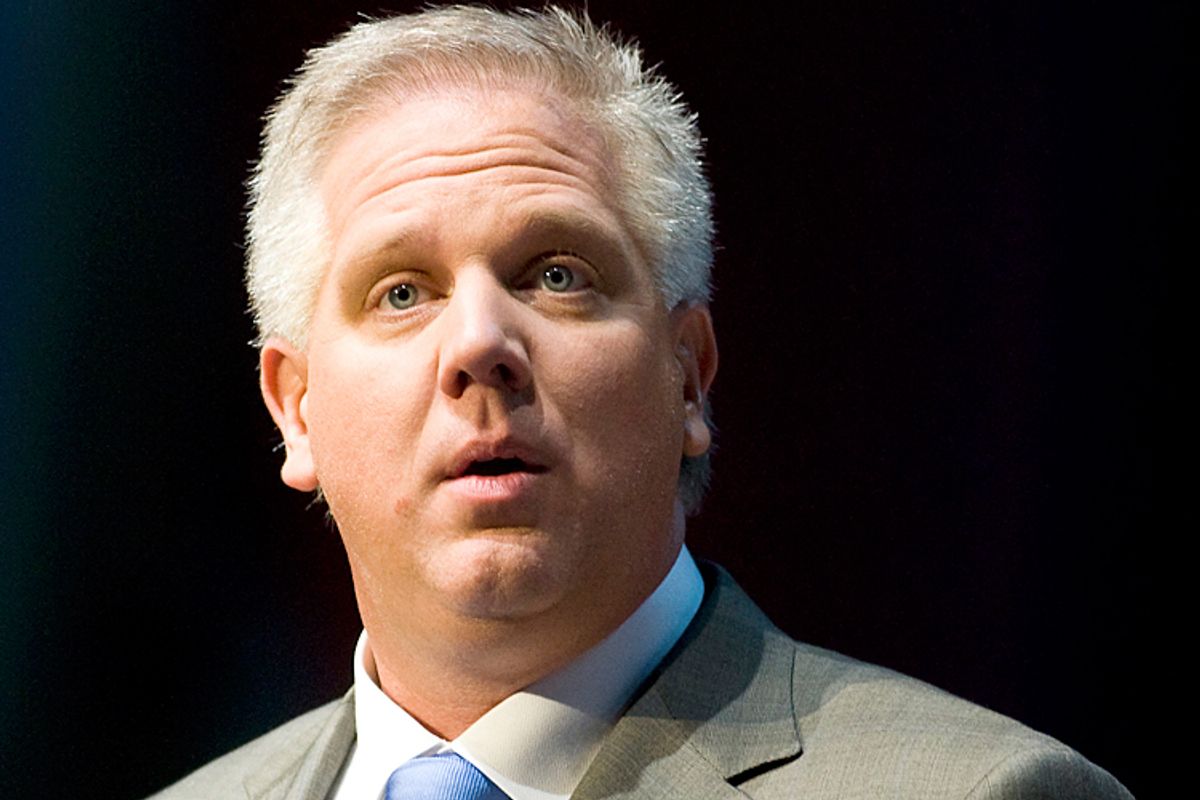 As you might guess, Beck isn't quitting the GOP because he's disillusioned with its ever-rightward drift. Instead, Beck asserted, the Republican Party is no longer a home for True Conservatives™.

"So I’m done with them," the onetime Fox News host concluded. "Four years ago I was with them. Four years ago I said work from the inside: let’s change it. Let’s get new guys in there. It’s too late.”

Beck may also be on the verge of leaving another major organization. Last week, citing right-wing conspiracy theories that National Rifle Association board member Grover Norquist is an Islamist sleeper agent, Beck threatened to drop his NRA membership.