Someone finally said it: Men don't trust women at all 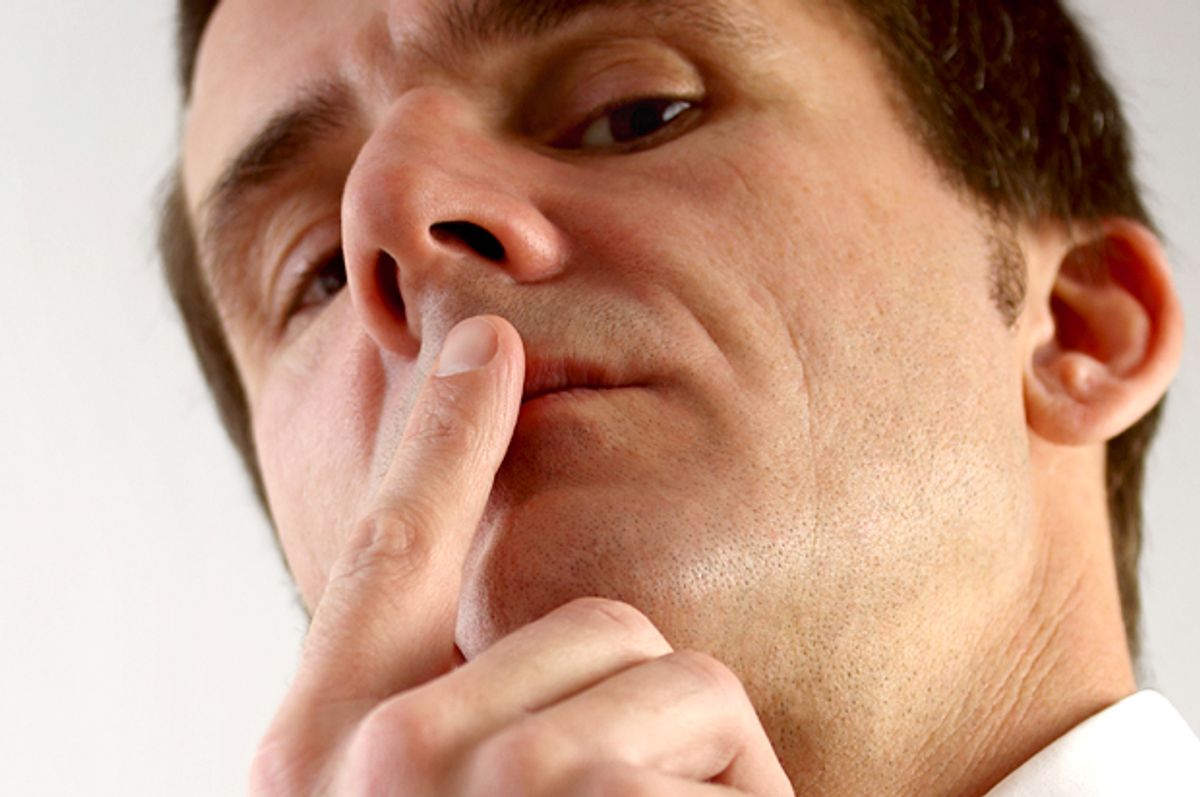 A little mansplaining can be a good thing. In a frank and provocative post that originally appeared on Very Smart Brothas but this week created a stir on HuffPo, writer Damon Young comes clean about his female trouble. "Generally speaking," he writes, "we (men) do not believe things when they're told to us by women."

Young, as far as I know, has not been appointed Official Spokesmen for the Entire Male Gender, Regardless of Race or Sexual Orientation, but then again, they never let me go to the meetings. His words are a reflection of his personal experience and the dynamics he's established with the women in his life, including the wife he says he only recently realized he doesn't entirely trust. But they have a ring of profound familiarity, one I suspect many of us who interact regularly with the opposite sex will recognize.

As Young recalls it, his epiphany came when he and his wife were talking about the Rolling Stone rape story controversy and the slew of sexual assault allegations against Bill Cosby. It came when he asked himself, "Does it generally take longer for us to believe something if a woman tells it to us than it would if a man told us the exact same thing?" And he realized the answer was, "Definitely!"

Young believes in a pervasive tendency for men to be skeptical of women's responses to events -- what boils down to the age-old assumption about hysterical females. "Until she convinces me otherwise," he writes, "I assume that her emotional reaction to a situation is disproportionate to my opinion of what level of emotional reaction the situation calls for." And this, he suggests, is what leads to such pervasive minimizing and flat out disbelief of women's experiences. "If women's feelings aren't really to be trusted," he says, "then naturally their recollections of certain things that have happened to them aren't really to be trusted either." His isn't a singular perception, either. A 2008 study found that both men and women perceive men as more intelligent, a phenomenon chalked up to "the male hubris and female humility effect."

Young's essay is tough to read, but I'm so grateful to him for writing it. We women know our own drill – it's articulated to us in ways big and small from the time we're babies. We are taught to defer to the authority of men. We are expected to trust them, as the dominant voices in our politics and media. We are told to trust men as our religious leaders and bosses, to accept that there are more male doctors and lawyers – and that they earn will more money than their female counterparts. To listen to them when they say they know what's best for our reproductive health. To have faith in their experience and expertise, except when it comes to love and sex – where we are to assume they are manipulative liars who merely playing a game to get their hands on "the cookie." You can understand that it gets a little confusing sometimes.

What is less clearly expressed is what happens to men when these are the prevailing messages they get as well. It manifests in the knee-jerk assumption that women are foolish or duplicitous or simply less accurate in their assessments. And that is some deeply engrained messed up logic we are all working with – and suffering the consequences of – here. Young vows that for his part, "The next time my wife tells me how upset she is about something I'm not sure she should be upset about," he's going to "trust her." It's a great first step. Because, guys, when a female tells her story – whether she's your daughter or your partner or your colleague or a patient or a student – she may not be asking you to fix it. She's asking you, first and foremost before anything else can be accomplished, to just listen to it. To look at it honestly and objectively. And then we'll figure it out, together, from there.