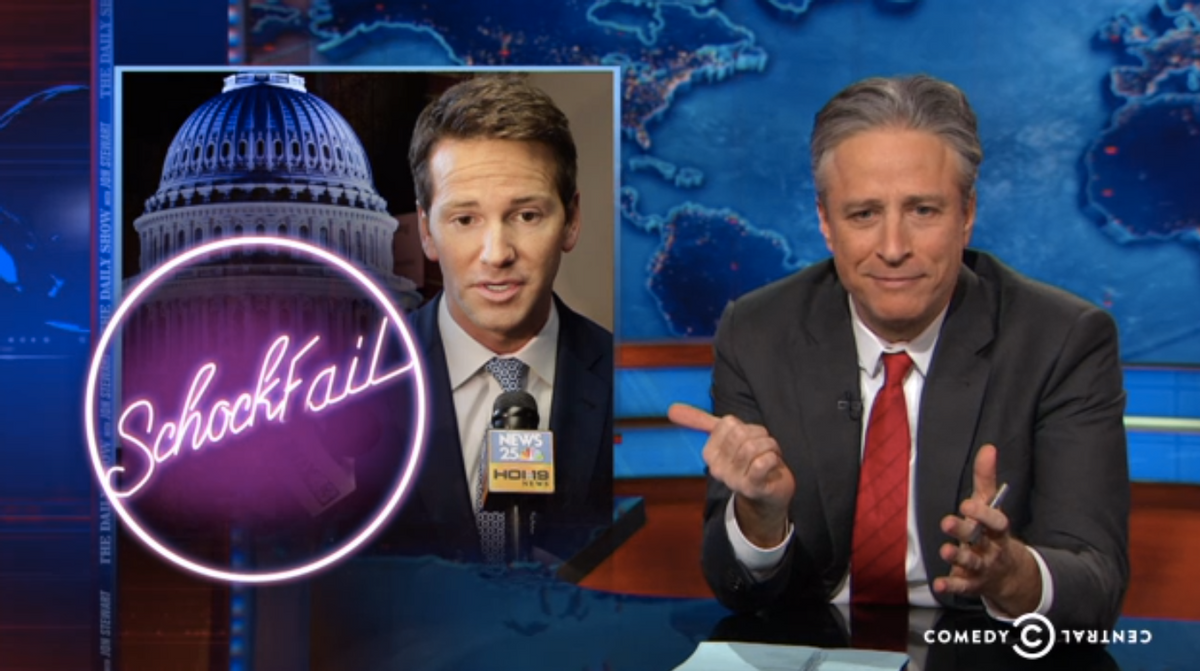 Illinois Rep. Aaron Schock resigned Tuesday following controversy over his questionable spending habits. In his resignation letter he wrote: "...the constant questions over the last six weeks have proven a great distraction that has made it too difficult for me."

Jon Stewart -- who obviously had a peek at his Instagram account before settings were switched to private -- voiced his utter confusion over that statement on "The Daily Show" Wednesday night. “Really?!” Stewart said. “The constant scandal questions are too much of a distraction? Not the zip-lining through a rainforest or parasailing in Argentina or chilling with Buddhist monks in Myanmar? You served three terms in congress while apparently also competing on the 'Amazing Race.'”

At least the GOP congressman's parents have stuck by his side, though, right? Stewart played a clip from his father and the joke practically wrote itself.  "In 10 years -- whatever he's doing -- he'll be successful. I promise you that. Two years from now he'll be successful because -- if he's not in jail."

“Don’t sell him short,” Stewart said. “Even if he is in jail, I think he will be successful there as well. He can be the baddest ass in the whole clinker, man. Not only will he cut you, he’s going to Instagram that shit!”